It turns out that our ally Canada, a faithful wellspring of both maple syrup and steadfast coalition support from 9/11 through Afghanistan, is a national security threat. Or so say the steel and aluminum tariffs that employ a provision giving the president a green light to tariff to his heart’s content—Mexico and European allies included—as long as he uses national security as an excuse.

National security is often cited as the driver in policies the president promised his base, such as the travel ban from several Muslim-majority nations after his campaign vow to implement a “total and complete shutdown” of borders to Muslims. And sometimes national security drifts into peripherally associated talking points as administration officials drive isolationist messaging about hunkering down to keep others from getting in the country—even as the extremist threat today is demonstrably recruited from within.

There are several risks with abusing national security loopholes to toss political-base red meat sans Congress. As we’ve seen with Canada, there’s deep offense and potentially lasting damage with ally relationships when they’re confoundingly branded a national security threat. Meanwhile, North Korea, Russia and China are still not in any way, shape or form operating with the best interests of the United States at heart, nor are they going to have a saintly conversion at the sound of Trump’s loving words. Treating allies like foes gives the real bad guys more than a fit of sustained delighted snickering: It sends the message that they can exploit their foe-maybe-friend status.

Here’s a national security consideration that isn’t labeled as such in administration talking points: The cancellation of military exercises between the U.S. and South Korea, a concession long-sought by North Korea. The development had Trump tweeting that the U.S. could “save a fortune” by not practicing for potential conflicts. “We paid for a big majority of them. We fly in bombers from Guam,” he said, never mind that the pilots from Guam are getting good flight hours. “That’s a long time for these big massive planes to be flying to South Korea to practice and then drop bombs all over the place and then go back to Guam. I know a lot about airplanes. It’s very expensive.” National security goes by the wayside for the love of Kim Jong-un with an about-face on vowing to have the best-trained, best-equipped, and bestest-ever military.

And, of course, there’s the lifeline extended to Chinese telecom giant ZTE. In mid-May, Trump tweeted that the Commerce Department should find ZTE “a way to get back into business, fast” because “too many jobs in China lost.” ZTE earned their denial of export privileges after sanctions violations with Iran and North Korea, obstructing justice and making false statements. They plumped their products with so much spyware that the Pentagon banned selling the devices on U.S. military bases as they “may pose an unacceptable risk to the department’s personnel, information and mission.” Senators from both sides of the aisle banded together for the sake of national security and voted to block Trump’s ZTE deal this month by way of an amendment in the National Defense Authorization Act.

But is the public going to buy warnings of a real national security emergency when the commander in chief declares the still-nuclear North Korea “no longer” a threat? Adding national security definitions to the “nothing matters” pile, frighteningly enough, could be one reason most people are sleepwalking through the ZTE story. But crying wolf on national security could also, to our long-term detriment, be eroding security discernment. 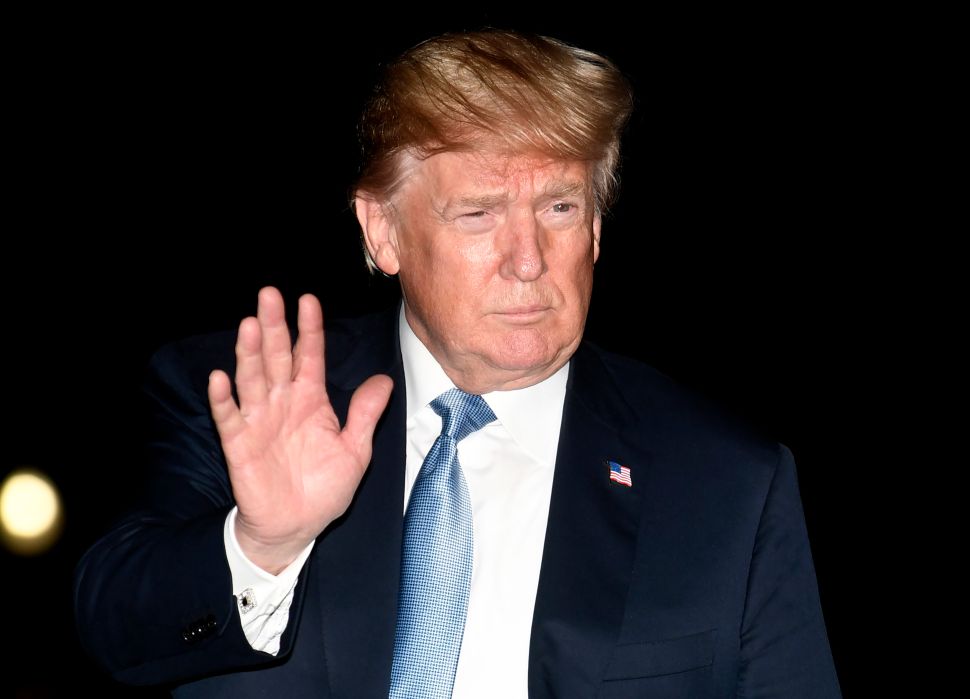