For a plot too bizarre for The Twilight Zone, get this: in 1938, after splitting the atom, Germany launched the nuclear age. The Nazis recruited Nobel Prize-winning physicist Werner Heisenberg to build the atomic bomb. In 1944, the U.S. government sent Moe Berg, a celebrated catcher with the Boston Red Sox, to assassinate him. The story, a well-kept secret footnote to WWII history until now, is so preposterous that if any mere writer of spy movies ever pitched it as a potential screenplay, it is doubtful that anyone would film it. At last, somebody has.

The result is an offbeat thriller, The Catcher Was a Spy, directed by Ben Lewin, written by Robert Rodat from the riveting, well-researched 1994 book of the same title by Nicholas Dawidoff, starring Paul Rudd as Moe Berg and the great British actor Mark Strong as Heisenberg. The result is a juicy true story told blandly, but The Catcher Was a Spy is still a movie worth seeing.

Morris “Moe” Berg was one of the oddest stars in baseball history—a mysterious amalgam of personal paranoia, enviable athletic prowess and astonishing intellectual achievement with degrees from Princeton, Columbia and the Sorbonne who passed the bar exam while launching a career in professional baseball at the same time, joining Babe Ruth on an all-American team that made a good-will tour of Japan, and appeared regularly as a popular guest on the radio show Information Please. He spoke seven languages. He was a non-practicing Jew who shunned any mention of religion. He was also gay, which he kept a secret from the world, including his military advisor (Jeff Daniels) and the longtime girlfriend he never married, a music teacher named Estella (Sienna Miller).

After Pearl Harbor, Berg joined the O.S.S., a precursor of the CIA, where he was trained vigorously for both espionage and combat. Clean-cut and preppie, Rudd looks nothing like the photos of the real Moe Berg, who was dark, ethnic, edgy and somber. But he is very, very good in what is considerably the best role of his career.

His most important assignment was the mission to Zurich to meet and evaluate Heisenberg, decide which side he was on, and if it turned out that he was indeed constructing the fission bomb for the enemy, to kill him. The pressure, the stress and the nervous anxiety of the conflicts he played out are all laid out neatly, like a new wardrobe designed for different climates. A Jew infiltrating the Nazis while being closely watched by the Gestapo and a closeted homosexual who rose to fame in the macho world of baseball, Berg’s was a life of contradiction and danger. When he finally comes face-to-face with Heisenberg for the ultimate clandestine interrogation that could change the outcome of the war, the exchange is acted out verbally in the language of a game of chess. After the war, Estella sought her own happiness by marrying someone else and Moe remained an enigma to the end.

The movie cracks the case of Heisenberg and his nuclear knowledge, but it never completely explains the mystery of Moe Berg. He remains a perplexing conundrum to this day. Lending sober support to Rudd’s focused, comprehensive performance, Guy Pearce, Tom Wilkinson, Giancarlo Giannini and Paul Giamatti add dignity and balance.

The Catcher Was a Spy could use a little more action, a little more suspense, a little more sex—and a lot more baseball. Sluggish, follow-the-dots direction by Lewin makes a challenging story less riveting than it should be, but it is doubtful that you’ll see a more usual American hero than Moe Berg on the screen this year. 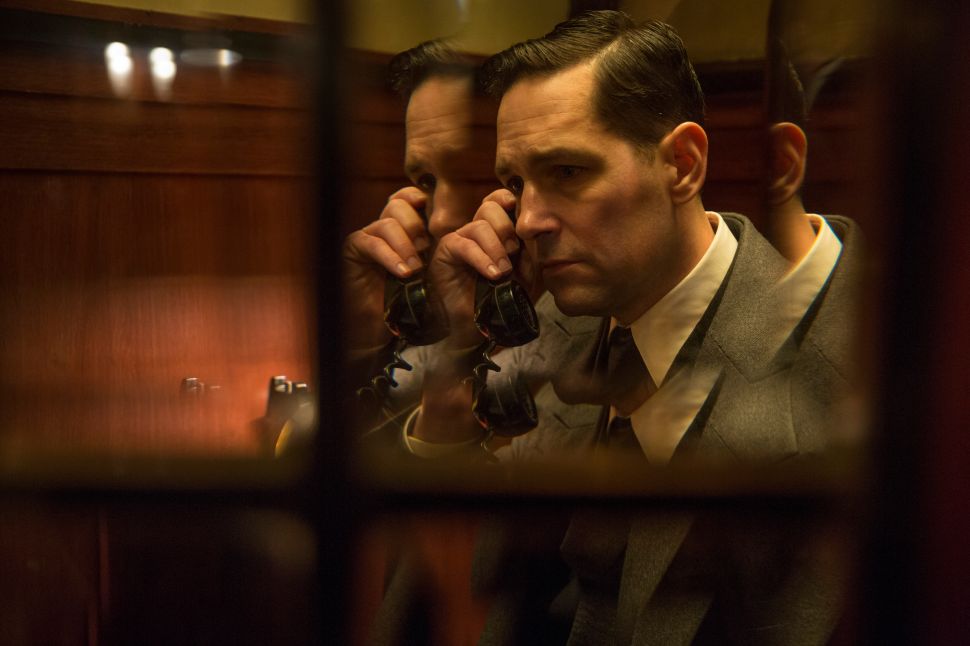