The White House is increasingly adamant these days that there will be a colony on the moon sooner rather than later. Although there are some big questions about how this might detract from the mission to Mars, there’s no question the world is more than ready to see a permanent lunar outpost become a reality. But life, whether on this world or another one, means more than just food, , shelter and clothing. It also entails bringing some of the best aspects of humanity with us when we leave Earth.

I’m talking about libraries. Yes, libraries. And one organization is already prepping that facet of lunar life for the rest of us. The Arch Mission Foundation is a nonprofit that seeks to develop what they call “Archs”—records of human civilization capable of lasting billions of years and able to exist in a myriad of different environments, terrestrial and extraterrestrial alike. Their latest venture, in a partnership with Astrobotic, is to launch a “Lunar Library” to the moon in 2020 that would include the entirety of Wikipedia, the Long Now Foundation’s Rosetta Project (a digital library of languages), and other content.

As Arch Mission co-founder and chairman Nova Spivack told Observer, this concept was born out of an idea he had as a kid to archive all human knowledge and wisdom into basically a giant book. “As an adult, I realized it could be done using new materials, and the archive could be placed all over the solar system. And these materials could make this archive very durable and could be guaranteed to last forever. Nothing like that’s ever been done. The closet thing human civilization might have to that is the pyramids, but the pyramids won’t last even a fraction as long as something like this will.”

Arch Mission has been working on the technology for these Archs for years. “They’re made of quartz and nickel materials, both of which are very durable,” says Spivack. As long as they’re protected from impacts, they could survive in space “essentially forever.” Quartz lasts about 14 billion years, while nickel’s lifetime is less certain but still on the billion-year scale. Both materials don’t corrode or oxidize and can withstand high temperatures. “Basically they’re the most durable way to store data. They don’t contain any organic material, so there’s nothing that could be destroyed by cosmic radiation.” According to Spivack, no one else has harnessed these materials into a information-storage technology yet.

“We’re creating the biggest and longest-lasting archive of civilization imaginable,” he says.

The Lunar Library will work like this: tens of millions of pages of text and images will be stored as a microfiche (thin sheet microform) made of nickel. Each page would be etched by laser, through a nanolithography technology patented by the Arch Mission. All of the information could be read using 1,000x magnification through a microscope or other optical technology—all without needing a computer. The library will also use other storage technologies, including DNA storage technology and a 5D quartz “data crystal,” like the one used to store Isaac Asimov’s Foundation trilogy of sci-fi stories that was launched by SpaceX during this year’s Falcon Heavy inaugural launch.

Why Wikipedia? “It’s imperfect, but it’s the least imperfect thing of its kind,” says Spivack. At any given moment, while there are errors and points of disagreement, it can be modified and corrected in real time, as opposed to other, more static digital encyclopedias. Plus, the fact that it’s not copyrighted makes things a hell of a lot easier legally. And the Rosetta Project made sense since it will give those unfamiliar with 21st century human language a way to learn how to translate the information.

Once the library is ready for launch in 2020, Astrobotic, a space robotics company based in Pittsburgh that’s pursuing cost-effective spaceflight transportation, will carry the payload to the moon through its Peregrine Lunar Lander spacecraft, along with payloads from a dozen other customers as well. The Arch will then be deposited at Lacus Mortis (Latin for “Lake of Death”), a plain of igneous rock formed by a rapid cooling of lava when the moon was first formed. Says Spivack, “It’s great for landing, but it also has this interesting geological feature where different layers of the crust of the moon are exposed.” These features make it an attractive location for visitors, so many would probably make their way over and eventually stumble on the Arch.

Although the mission might seem like an obtuse project with little practical purpose, Spivack sees a myriad of applications, near and long term, that justify the Lunar Library and Arch Mission’s work at large. For one, big data in space will prove to be a very big challenge, and Spivack argues that these Archs pave the way for figuring out how to almost literally space out information so people living and working in distant worlds have access to it. “You can’t just instantly access data on Earth,” he says. “It’s going to be good to have local copies of all the data you might want stored in these worlds.”

In the long term, it might also prove useful to have a backup of such data on other worlds, in case something cataclysmic happens on Earth. “If humanity doesn’t destroy itself,” says Spivack, “it might just act like a neat monument. And if we do destroy ourselves, or a massive comet or meteor hits us and brings about world annihilation, at least we have this information successfully spread in other places.” Humanity’s legacy could live on, even if the species on Earth does not. Spivack also entertains the notion that, in the extremely long term, other intelligent civilizations might find these libraries and seek us out in response—and since they don’t need human-made computers to access the information, they’re more likely to be able to interface with the information and learn about us, like how modern humans learn about early humans through cave paintings.

To that extent, the Lunar Library is one cog of an extremely ambitious engineering project. Spivack is adamant that the Lunar Library is not a one-off project—Arch Mission is in talks with many other spaceflight companies to expand its work in getting these Archs to other locations of the solar system. The 2020 mission, in fact, is probably just one of several different moon missions in the organization’s purview.

Astrobotic itself is nothing short of thrilled to be a part of this project. “We think the idea of something that can last billions of years on the surface of the moon, a repository of data collected from Earth, is incredibly interesting,” says Astrobotic CEO John Thornton. “That’s just really appealing from a long term perspective of humanity.” Astrobotic has big ambitions for the lunar mission market, especially given NASA’s plans to return to the moon, and this new project with Arch Mission is just one part of that. 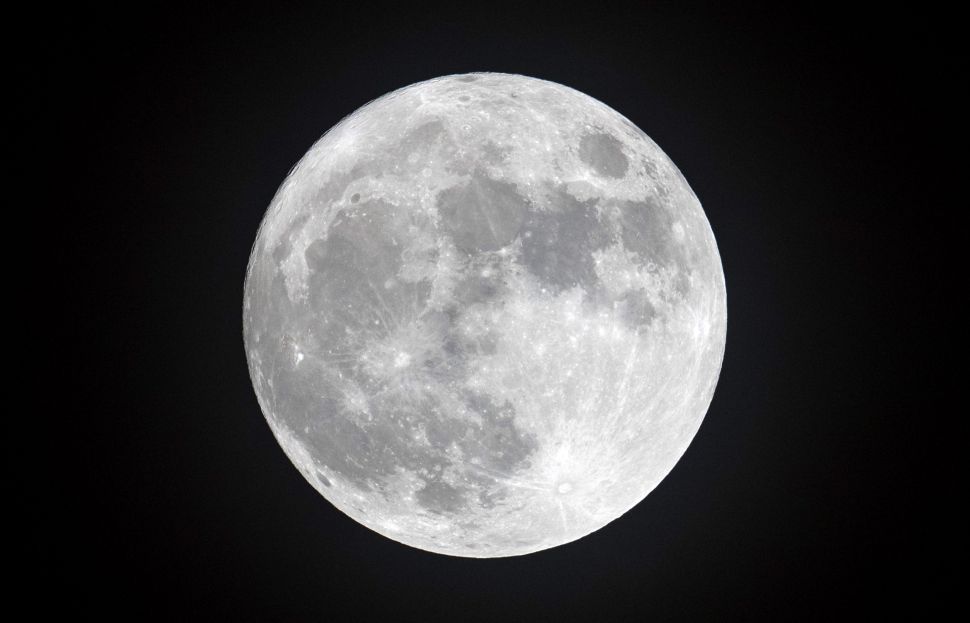