But the only anecdote anybody on social media could talk about involved 12th District candidate Suraj Patel, who’s taking on 13-term incumbent Carolyn Maloney.

The 34-year-old lawyer has been catfishing potential voters by chatting with them on dating apps like Tinder, Grindr or Bumble.

Patel and his staffers set up accounts on these apps featuring pictures of attractive people (usually not themselves).

Then Patel starts swiping right on potential voters, and they can do the same to him. His “swipe radius” is two to five miles.

Once he gets a match, Patel uses the pickup line, “Hi (Name). Are you into civic engagement?” Then he reveals who he really is.

“Keep the mood generally lighthearted and flirty,” Patel warns staffers. “Stay positive even if your match gets testy… When in doubt, sending a funny gif is an amazing opt-out strategy!”

Also worth noting: the suraj.nyc/Tinder link on the cheat sheet sends users to a Google Drive folder anyone can add files to. There are six campaign-related images in the folder, but one person added a link which said  “STOP DOING THIS! PLEASE!”

Looks like the Patel campaign also needs to worry about its online security.

Patel, who also teaches business ethics at New York University, admitted there was an element of fraud to this approach. But he said the deception was worth it to get votes.

“What if Tinder banking works so well that we get 1,000 extra votes? Shouldn’t the party be like: ‘Cool, let’s start doing this,’” Patel told the Times. “I find the lack of creativity in politics appalling.”

Ironically, quite a few voters in Patel’s district find his behavior appalling.

I’m not sure why any campaign would do this and I really don’t know why they’d talk about it publicly. https://t.co/oXNHpC05dM pic.twitter.com/AwvywyYDJD

This is not something that should be replicated, and his judgment is a lot worse than I thought it was. I feel bad for the progressive voters who hoped he’d be an answer to political stagnation. He’s just a grifter.

Ignoring the fact that you’re starting off your political cold calling with a lie by using a stolen photo, this shows a total lack of understanding of both dating apps and his own district.

I’m a millennial, a dating app user, and a NY12 voter, and I will definitely be swiping left on Suraj Patel on Tuesday. pic.twitter.com/5iRaE01VtJ

If Patel’s campaign has any interest in fighting the perception that he’s a douchey bro with misogyny problems, they’re doing a poor job. https://t.co/DBKuZY3NfA

“We went to Top Shop. I bought a promise ring. Then they tried to arrest me,” the photo caption read.

Patel also commented on a false 2010 story which claimed actor John Stamos had an affair with a 17-year-old.

We called and emailed Patel seeking comment on these issues. At first he didn’t send a formal statement, but we had an interesting interaction with his campaign spokeswoman Lis Smith.

In our email to the campaign, we included one of the tweets linked above as an example of the criticism we were talking about.

Smith responded with one sentence: “You want us to respond to this one tweet?”

We sent her several other missives included in this story to show it was more than one tweet. She then sent a more formal statement.

“Suraj is running a different kind of campaign, one focused on growing the electorate to include as many voters as possible,” Smith said. “Politicians like Carolyn Maloney engage in political tactics from last century that excite no one and completely overlook the need to bring new people into the process. The political establishment may sneer at insurgent campaigns trying new tactics to excite voters, but on this campaign we aren’t snobs about getting people involved in the political process.”

Also worth noting: the suraj.fyi/Tinder link on the cheat sheet sends users to a Google Drive folder anyone can add files to. There are six campaign-related images in the folder, but one person added a link which said  “STOP DOING THIS! PLEASE!”

Looks like the Patel campaign also needs to worry about its online security.

Update: After we pointed out the data security flaw, Patel’s campaign updated the Google Drive folder so only those with permission could upload files. 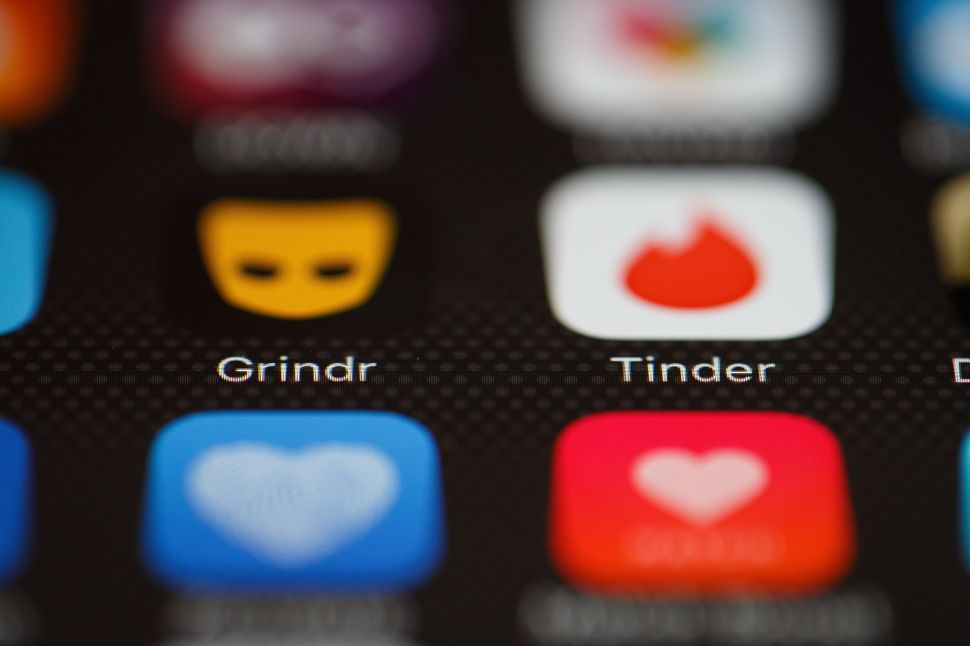