Just as President Trump had hoped, Commerce Secretary Wilbur Ross made it official this morning that the U.S. will reverse its ban on Chinese telecom giant ZTE from doing business with American companies, a penalty issued last month that shocked the tech community—both in China and the U.S.

Instead, the Commerce Department will impose a $1 billion fine on ZTE for violating U.S. sanctions by selling products to Iran and North Korea. In addition, ZTE will pay $400 million in escrow in case new violations happen.

“The total deal is $1.4 billion. That money will be forfeited if they violate anything… and we still retain the power to shut them down again,” Ross said in a CNBC interview Thursday morning.

“This is a pretty strict settlement, the strictest and largest settlement fine that has ever been brought by the Commerce Department against any violator of export controls,” he added. “This should serve as a very good deterrent not only for them but for other potential bad actors.”

The fine amount is equivalent to ZTE’s total profit in 2017, but the company didn’t have many options.

Last month, shortly after the Commerce Department issued the sudden order stopping American companies from selling components to ZTE, the company paused all major operations and even suspended stock trading. Stock of its major U.S. suppliers, like Qualcomm and Acacia, also plummeted.

On May 13, President Trump announced on Twitter he was actively negotiating with China’s President Xi Jinping to help ZTE get back to business.

“Their technology is a national security threat, according to our defense and law enforcement authorities. Why on earth is the Trump administration considering relaxing penalties on such a bad actor?” Senate Democratic Leader Chuck Schumer said on Wednesday.

To calm the skeptics, the Commerce Department will order ZTE to reshuffle is board of directors and executive team within 30 days as part of the deal. A group of new American employees will join to oversee its future business practice.

“We are literally embedding a compliance department of our choosing into the company to monitor it going forward. They will pay for those people, but the people will report to the new chairman,” Ross said. 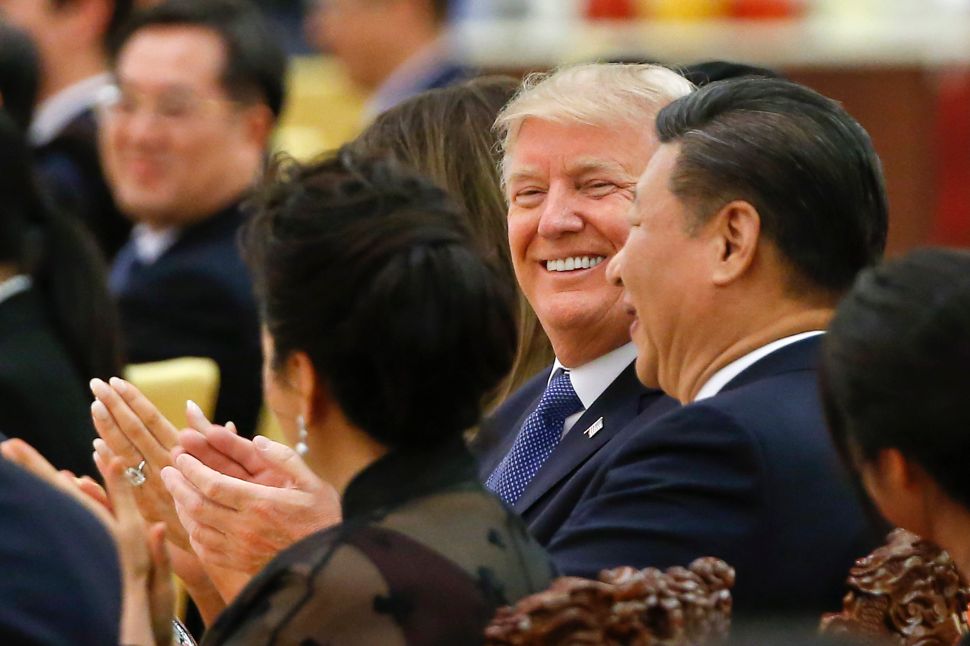