At a meeting of the National Space Council at the White House on Monday, President Donald Trump announced he is going to create something he has teased since March: a sixth branch of the military, dubbed the “Space Force.”

“I’m hereby directing the Department of Defense and Pentagon to immediately begin the process necessary to establish a space force as the sixth branch of the Armed Forces,” Trump said. He went on to explain that the newly established branch would be “separate but equal” to the Air Force.

That’s a big statement, and one that came with very little details as to how it would operate or, more importantly, how it would be funded.

During the announcement, Trump mentioned that the space program was an issue of national security, and that he didn’t want other countries dominating what he has previously considered to be a new, potential battleground.

“When it comes to defending America, it is not enough to merely have an American presence in space. We must have American dominance in space,” Trump said.

Meanwhile, over in Europe, the United Nations is hosting a conference this week discussing the peaceful uses of space and how it can benefit humanity across the globe.

On the heels of the Outer Space Treaty’s 50th anniversary, the U.N. is touting the agreement—which has governed the use and exploration of outer space since the treaty’s ratification in 1967—and a global approach to space. Jan Woerner, director general of the European Space Agency, spoke about the value of international cooperation in space. “Fifty years ago, two superpowers were in a race for space,” he said. “Since then, we have learned the value of international collaboration.”

From the very first beep of Sputnik heard in orbit, waging war in space has been in the back of military minds around the globe. But the Outer Space Treaty is designed to prevent such conflict. For five decades now, the treaty has protected both the “haves” (like the U.S., China and Russia) and the “have-nots” in terms of space-faring countries.

By placing humanity above the interests of individual nations, the treaty has managed to prevent space warfare.

But here’s where things get tricky. At this point, it’s unclear whether or not Trump’s directive will be seen as a military act and violate the terms of the treaty. Any proposals (such as lunar bases, Mars settlements, and the like) must operate within the parameters set by the treaty.

Article IV of the treaty explains that space should be used for peaceful purposes. Member states who have agreed to these terms may not establish military bases, test weapons in space or on any other celestial body, and are not permitted to use weapons of mass destruction in orbit, around the Earth, in outer space, or on any celestial body.

That being said, military involvement in space-related activities has occurred since the dawn of the space era. In fact, most astronauts are plucked from one of the five current branches of the armed forces. Also, the global positioning system (GPS) that we all rely on for navigation was created by the U.S. Department of Defense.

But the question of the extent of military uses and what role(s) may be performed by Trump’s Space Force is still unknown.

The way it’s written, the treaty is a bit vague, with certain loopholes and ways countries could get around it. For instance, in Article IV, the treaty only explicitly bans nuclear weapons and weapons of mass destruction. However, there are many types of weapons that could be used in space that do not fall under these categories—and the U.S. and other countries are already pursuing some of them.

This is the reason why Trump cites the need for his proposed Space Force. The administration believes Russia and China are working to surpass the U.S. in space technology, issuing a cause for urgency.

Putin has previously teased that Russian engineers are working to develop what’s called a hypersonic glide vehicle, meaning it can launch into space and navigate through the atmosphere undetected. Essentially, it’s a vehicle that can truly fly “under the radar” and avoid anti-missile defenses.

On the other hand, China is stressing its peaceful intentions when it comes to space, all while it works to develop specialized weapons that could target U.S. communications satellites.

Trump will need a lot more than a verbal command to get his Space Force rolling. New branches of the Armed Forces must be put in place by an Act of Congress. Not only that, but the creation of this new bureaucracy would also call for significant restructuring of the Air Force and other departments within the Pentagon and the Department of Defense. Without a concrete purpose or method of funding in place, only time will tell if Trump gets his wish. 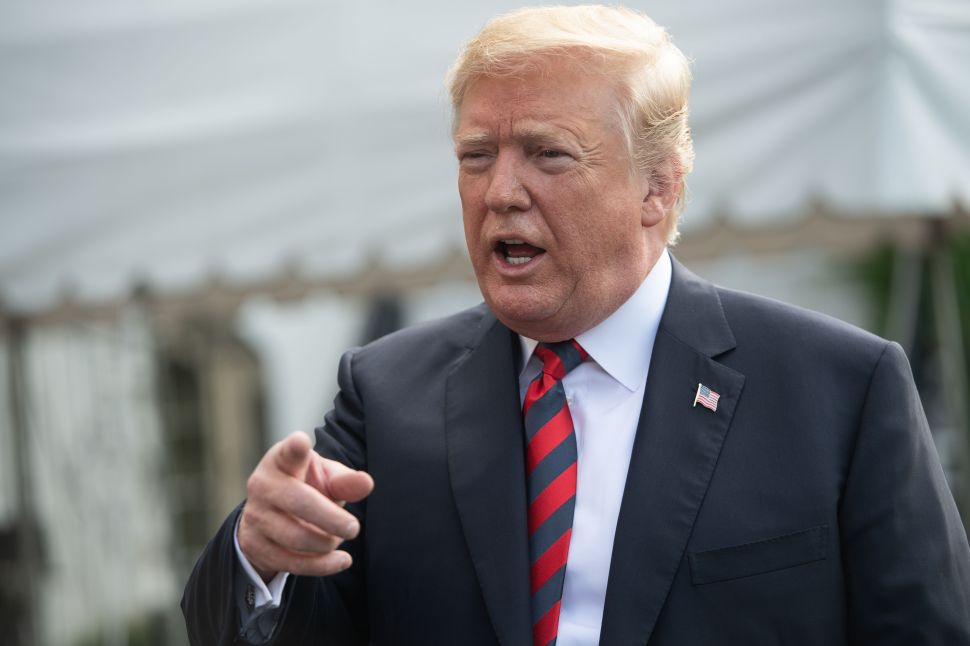