The woman who answered the phone line when I called sounded so compassionate. Almost too much so. Even at that low point, when my brain was lying to me about everything else, I remember thinking at least my bullshit detector seemed to be in good working order. But as we talked, her voice pulled me in.

She wanted to know how I was feeling, so I explained the nature of my distress in detail. In so doing I realized my problems sounded rather mundane compared to the type of thing she must usually hear. I thought, “I’m going to kill myself over this?”

Even getting to the point of calling a suicide prevention hotline was a huge step, as it can be for a lot of people. I’d been saving it like a last timeout at the end of a close football game for months. I didn’t know what to expect, and I certainly didn’t want to be pulled into a whole fucking thing, like can often happen if you say the wrong thing to a well-intentioned friend or family member, or, like had happened a few months earlier when at a routine doctor’s visit, I somehow said too many of the wrong types of bad words, and then an ambulance and a few police cruisers stopped by to look me over. The last thing anyone needs at a time like that is for a fucking cop to show up.

I searched for a number to call on Twitter, in part because I spend most of my days online, but also because I remembered someone I followed had tweeted about it recently. It wasn’t hard to find. This week, for better or for worse depending on who you ask, such posts have become ubiquitous on social media. Perhaps it shouldn’t be surprising. After all, this is Twitter, the site where we go to destroy each other’s—and our own—mental health on a consistent basis. But somehow even the simple act of posting a suicide hotline number has become controversial.

“If one more person smugly posts a fucking phone number as though that’s enough on its own to fix anything I’m gonna kill myself,” a friend of mine tweeted yesterday. He was joking, I think, but this summarizes what’s become a common refrain after every high-profile suicide.

For every presumably well-meaning post from someone sharing a suicide prevention number, there will be a reactionary post calling that person out for empty, performative empathy. “Here’s to hoping another mid-level celebrity kills themselves so you all can go back to grandstanding and posting the suicide prevention hotline number to make yourself feel good,” wrote one particularly irritated Twitter user. “Retweeting a suicide hotline when somebody has just committed is the bare amount of virtue signaling bullshit. I’d imagine it’s actually insulting to the intelligence of people in duress, like they didn’t know there was a number,” added another. “You know what’s even better than posting suicide hotline numbers on social media? Actually checking on people you care about,” wrote a third.

Twitter is always a morass of spite and broadly yet poorly aimed invective, but around the time of a celebrity death, and especially a celebrity suicide, it’s even more toxic than usual. Taking the sentiment being expressed here sincerely, the idea seems to be that simply posting the suicide hotline number is an easy way to show that one is concerned about the problem, while not doing anything particularly effective to actually combat it. It’s like tweeting out “thoughts and prayers” in the aftermath of another mass shooting, only to then go back about the business of ignoring the real problems. While smarm online is always a worthy target, the anger here seems misplaced, if only in part because it presumes that the people sharing the number aren’t doing anything else in their personal relationships to help friends who may be suffering, something none of us are in a position to know.

I asked Dr. Dan Reidenberg, executive director of SAVE (Suicide Awareness Voices of Education), what he thought of this now recurring phenomenon online. Surprisingly, the truth of the matter lies somewhere in between the two polar, intractable positions being hurled into the posting void.

“In essence what you’re referring to is this idea that it’s someone else’s responsibility, that if i just post this I’ve done enough to do my part. That just by posting a number I’ve absolved myself of any kind of guilt or responsibility if something happens to someone,” he said.

There’s something to that, he thinks, but in the long run, doing something, even the bare minimum, is always better than doing nothing.

“Doing nothing doesn’t make the problem go away. It is not going to help anyone by doing nothing. We need to acknowledge and be thankful that some of the public is doing this even if it is on social media rather than personally or one-on-one,” he said. “We need to increase that because it’s not universal, but we need to go to the next level where everyone has a role in this. It’s not just about putting a phone number out there.”

Indeed, there is much more to be done than simply sharing a number, because there is no one-size-fits-all solution when it comes to suicide prevention. Call centers can be overburdened, or the volunteers who staff them may not be well trained enough to handle a particular situation and may not follow through on sending help in the event of an imminent suicidal threat. For other people suffering from suicidal ideation, intervention or care from friends may be more effective for them personally, and encouraging them to seek sustained help from medical professionals—something call centers often do—can be much more helpful in the long term.

But in the meantime, having the number to call could be a lifesaver. Studying the results for people who call into such numbers can be difficult to track, because they rely on people’s willingness to speak candidly and volunteer information about their experiences with the hotline. One study, conducted by Madelyn Gould of Columbia University, a prominent researcher in the field, found that of the callers they tracked, 12 percent of people said calling the hotline stopped them from killing themselves, and that around 50 percent acted on the phone counselor’s suggestion to seek emergency help or mental health services. Eighty percent of the callers said the phone line played a role in keeping them alive. “Significant decreases in suicidality were found during the course of the telephone session, with continuing decreases in hopelessness and psychological pain in the following weeks,” the researchers wrote.

“It depends really how you’re defining effective,” Reidenberg said when I asked about how well the lines work. “Are people able to get help and services and support and intervention as they need it? Yes, in that respect they are. Are they effective in being able to handle all of the needs out there? No.”

The impulse, if not the execution, behind the angry pushback against simply sharing a number on Twitter is correct then, in that there is a lot more that could be done. This is something we should all concern ourselves with, seeing as suicide rates have increased almost 30 percent since 1999 across nearly all demographics. What, then, can a person who is actually interested in helping do?

“Go to our website and learn what the warning signs are,” Reidenberg said. “Learn about the differences between youth and adult warning signs. Learn how to ask the question. Learn what the risk factors are. The key here is the goal is not to make the general public doctors or experts in suicide; the goal is to give enough people enough information to be able to do something when those professionals aren’t available to them. We don’t want to make everyone a cardiac surgeon, but we do want people to know to exercise or eat right and other things to do to prevent a heart attack. It’s a similar analogy about what we want the general public to know to prevent a tragedy from happening.”

I asked the people at the National Suicide Prevention Lifeline what they think a more beneficial step than sharing their number on social media might be. There are five action steps they share for communicating with people who might be showing signs of suicidal thoughts. Among them are simply asking in a direct, nonjudgmental way if the person is thinking about suicide, and then being sure to listen. Find out if they have a specific plan or time frame for carrying it out. If possible, remove them from proximity to particularly lethal means of suicide, such as guns and medications.

Then be there for them. “Increasing someone’s connectedness to others and limiting their isolation (both in the short and long term) has shown to be a protective factor against suicide,” they write. Help them connect with professionals who are better suited to offer counseling, and set up an actionable plan together for them to consult if they ever experience serious thoughts of suicide, such as making a list of people they can call for help. Also important is following up. Studies have shown checking back in on friends can help prevent suicide.

“If you’re worried about someone in crisis, you need to say something different than just a general message,” Reidenberg said. A general message is still good, but it’s not the whole picture. “The type of general message we should be sharing is that we need people to understand these are real illnesses. We need to not stigmatize or discriminate. We need generic types of messages that are based in support or understanding.”

Everyone’s experience is going to be different, but I was glad I made the call. It wasn’t a magic spell by any means, and it didn’t solve any of the underlying issues that brought me to that point, but it did what it was intended to do and helped forestall any impulsive action.

I spoke the words that had been poisoning me. They were heard with empathy, and then I didn’t have to carry them inside of me alone for the rest of the day. Getting people who are suffering from suicidal ideation to reconsider it in the moment is often an effective means of preventing them from trying it again in the future.

I felt a lot like how Ken Baldwin, a man who survived jumping off the Golden Gate bridge in 1985, explained his experience to The New Yorker. As he jumped, he said, “I instantly realized that everything in my life that I’d thought was unfixable was totally fixable—except for having just jumped.” 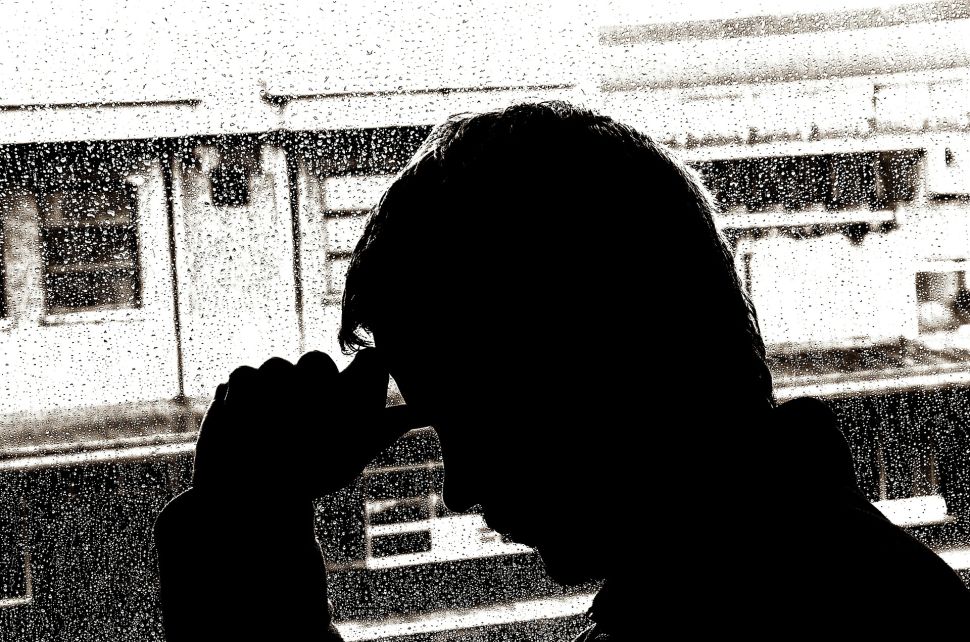