When faced with deciding between the First Amendment and same-sex rights, Justice Anthony Kennedy and a majority of the United States Supreme Court Justices chose neither.

At the beginning of the Supreme Court term, Masterpiece Cakeshop had all the hallmarks of a blockbuster. The suit revolved around a Colorado bakery’s refusal to create a custom wedding cake for a gay couple. In response to allegations that he committed sexual orientation discrimination in violation of the Colorado Anti-Discrimination Act (CADA), Phillips argued that creating a wedding cake for the same-sex couple conflicted with his sincerely held religious beliefs. Thus, compelling him to do so violated the First Amendment’s free speech and free exercise protections.

After the Colorado Court of Appeals affirmed the decision, Phillips brought his case before the Supreme Court. The justices agreed to consider the following question: “Whether applying Colorado’s public accommodations law to compel the petitioner to create an expression that violates his sincerely held religious beliefs about marriage violates the free speech or free exercise clauses of the First Amendment.”

While the decision could have resolved the dueling constitutional issues and provided much-needed clarity regarding when businesses may cite religious beliefs in denying services to the LGBTQ community, the majority punted (likely in an attempt to reach a consensus). Rather than reach the thornier issues in the case, the Court held that the Colorado Civil Rights Commission treated Phillips unfairly.

“When the Colorado Civil Rights Commission considered this case, it did not do so with the religious neutrality that the Constitution requires,” Justice Anthony Kennedy wrote on behalf of the majority.

According to the majority, the Colorado Civil Rights Commission violated the Constitution in its handling of the claim. In support, it cited the Commission’s hostility towards Phillips’ religious beliefs.

“As the record shows, some of the commissioners at the Commission’s formal, public hearings endorsed the view that religious beliefs cannot legitimately be carried into the public sphere or commercial domain, disparaged Phillips’ faith as despicable and characterized it as merely rhetorical, and compared his invocation of his sincerely held religious beliefs to defenses of slavery and the Holocaust. No commissioners objected to the comments.”

While the Court’s ruling is narrow, the opinion did emphasize that the interests of both LGBT individuals and sincere religious objectors must be taken seriously. Unfortunately, the Court did not address how to balance these competing issues.

“As this Court observed in Obergefell v. Hodges, 576 U. S. (2015), ‘[t]he First Amendment ensures that religious organizations and persons are given proper protection as they seek to teach the principles that are so fulfilling and so central to their lives and faiths.’ Nevertheless, while those religious and philosophical objections are protected, it is a general rule that such objections do not allow business owners and other actors in the economy and in society to deny protected persons equal access to goods and services under a neutral and generally applicable public accommodations law.”

In emphasizing that its decision is limitedto the unique facts of the case, the Court also acknowledged that the issues willlikely arise again.

“The outcome of cases like this in other circumstances must await further elaboration in the courts, all in the context of recognizing that these disputes must be resolved with tolerance, without undue disrespect to sincere religious beliefs, and without subjecting gay persons to indignities when they seek goods and services in an open market,” Kennedy wrote. 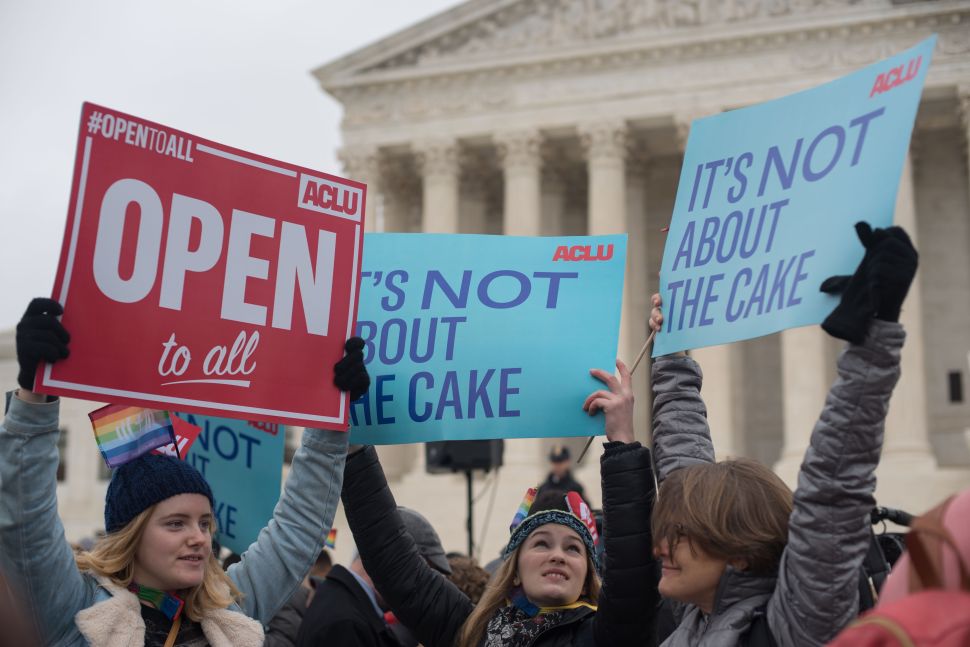