Scott Gimple has served as showrunner on AMC’s The Walking Dead for five years. Andrew Lincoln has portrayed The Walking Dead‘s main character, Rick Grimes, since the show debuted in 2010. Both will likely be gone in the near future. Gimple is moving into a role with AMC where he will oversee the franchise’s multi-medium expansion (which may not be the best move for the network), while Collider reported last month that Lincoln would depart the show after season nine’s first six episodes.

So what does the uncertain future hold for our merry gang of zombie slayers?

“We’re going to see some really great stories with the women on our show [in Season 9],” new showrunner Angela Kang said at AMC’s “Kick-Ass Women of AMC” panel in New York on Wednesday. “I think for people who are really invested in, say, Michonne [Danai Gurira], Maggie [Lauren Cohan], Carol [Melissa McBride], there’s such great material for them.”

When news first broke about Lincoln’s potential exit, word on the street was that Daryl (Norman Reedus) would assume main character duties. And While Kang, who has been with the show since its second season, promises great material for Daryl and other remaining male characters, she noted that “people who are looking for that specifically, they will really see some incredible work from our women.”

But Maggie, who has been a central character since season two and has taken on a leadership position within the current narrative, may also not last much longer in The Walking Dead world. Like Lincoln, Lauren Cohan is only signed on for six episodes in season nine as her ABC series Whiskey Cavalier has been picked up. Perhaps in an effort to compensate, Kang teased that Anne (formerly known as Jadis) will be expanded upon next season.

“I think we’re going to see Anne in a way that people will be very surprised by seeing a different aspect of her character,” Kang said.

Hopefully, Danai Gurira’s Michonne is also pushed more to the forefront after being underutilized as a love interest in recent seasons. Gurira is coming off the breakout success of Marvel’s Black Panther and has long been a fan favorite.

Regardless of who takes centerstage this season, the new showrunner is making a point to avoid any of the common gender clichés when it comes to the horror genre.

“[Women] go toe to toe with the men,” she said. “We don’t write damsels in distress… the men are males in distress. The women save the men just as much as the men save the women. It’s really a story about survivors who help each other through the apocalypse.”

The Walking Dead‘s ninth season will debut on AMC this fall. 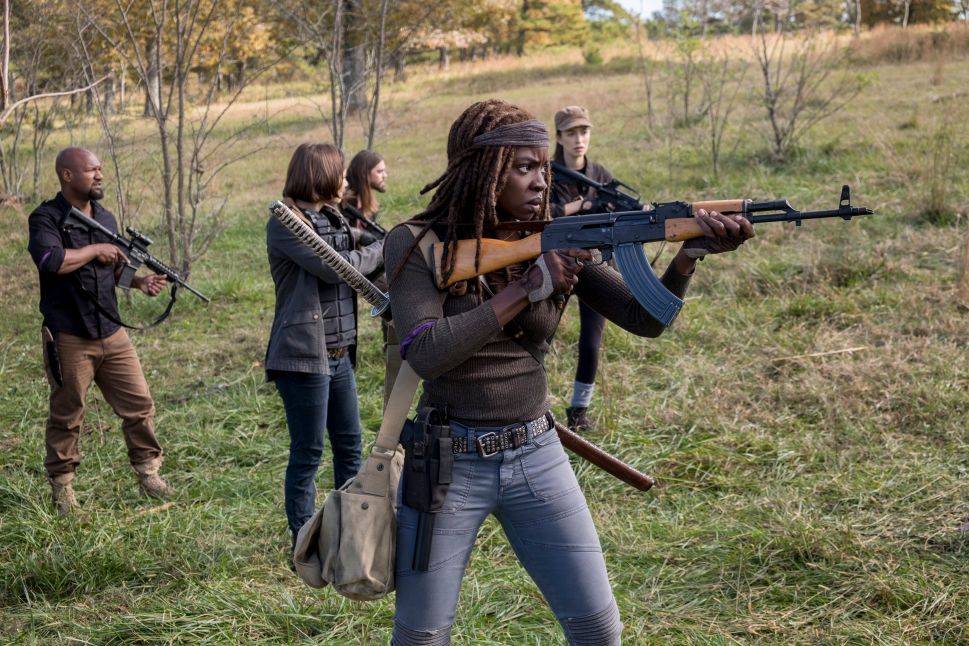