On Sunday night, HBO aired the penultimate episode of Westworld‘s second season, “Vanishing Point,” and hammered home one of the central mysteries fans have been asking themselves lately: is older William, AKA the Man in Black (Ed Harris), a host?

Granted, at this point it’s hard not to ask the same question for just about every single character, which is by design. Way back in season one, episode two, Westworld introduced us to young William (Jimmi Simpson) and, subsequently, the entire idea of questioning one’s nature.

“Well if you can’t tell, does it matter?” she answers.

So is Ed Harris’ character “real,” or has he had his human consciousness uploaded into a host body? And if we can’t tell, does it really matter?

The episode largely toggles between older William in the present day, traipsing around Westworld in search of the Valley Beyond/The Door, and his recent past, the night of his wife’s suicide. While at a party in that flashback, Juliet (Sela Ward)—a recovering alcoholic—drinks too much to the point of embarrassment, worrying William and their daughter, Emily (Katja Herbers), who wants to place her back in an involuntary treatment program.

In a fit of rage, Juliet blames William for her troubles and accuses him of never loving either her or Emily. As he’s putting her to bed, she asks, “Is this real? Are you real?” She admits she fell in love with him in the first place because he seemed different than everyone else, more authentic somehow, yet now she realizes he was simply the best at hiding his authentic self.

When William thinks she’s asleep, he confesses his true nature, explaining the darkness within him and how he belongs to Westworld, and not the domestic life he’s created with her and Emily.

“No one else sees it, this thing in me. Even I didn’t see it at first,” he says. “Then one day, it was there. This stain, invisible to everyone…except you.”

After he leaves, Juliet finds his Westworld profile, which Ford (Anthony Hopkins) gave to William at the party. In it, she sees all of the heinous atrocities he has committed; she sees the real William.

Consumed by his obsession to find The Door, William murders a Delos rescue team and then even kills Emily because he is convinced they are all actually hosts serving as pawns in Ford’s final game. But after he finds his Westworld profile clutched in Emily’s hands, he realizes what he’s done.

He has essentially killed both wife and daughter.

In response, he puts a gun to his head as his mind races back to the night of his wife’s suicide, and we hear him ask: “What is a person but a collection of choices? Where do those choices come from? Do I have a choice?” He hears his wife’s words too and sees every decision he made that led to her final choice.

Putting the gun away, he begins to carve into his arm with a knife, not knowing if he’ll find the bones of a human or the metal of a host.

Is William a Host?

At this point, even the Man in Black is questioning the nature of his reality. However, that question is just a microcosm of the larger issue of his character.

Of course it matters whether William is host or human, but the core message is that Juliet, and now Emily, were destroyed by the facade William created around himself in the real world. What matters more than if William runs on blood or milky white host fluid is the way in which he lived his life—the choices he made and the man he allowed himself to become (wanted to become?).

“If you keep pretending, you’re not going to remember who you are,” Juliet says to him. William sees it as a question of reality, but he misses the larger point of the realities we stitch together for ourselves in order to lead the lives we choose to live.

We’ll have to wait until next week’s season finale to find out. 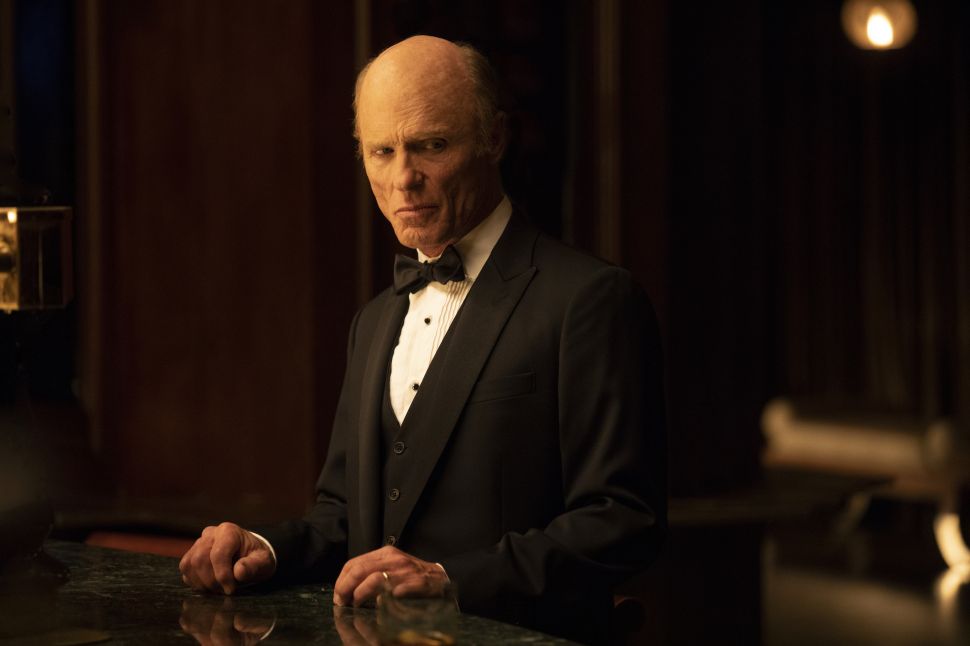