So what you’re trying to say, Westworld, is that we should all just forget about seeing Medieval World and Roman World anytime soon, correct?

In Sunday night’s season two finale of HBO’s Westworld, showrunners Lisa Joy and Jonathan Nolan introduced audiences to a few new destinations that will presumably take precedent over Westworld, Shogun World and the other park locales we’ve been aching to see. The first was the digital paradise that about one-third of the hosts, including Teddy and Akecheta, escaped to, which the writers have dubbed the “Sublime.” The second is the real world, which Dolores and Bernard are now a part of. The third is a distant and bleak-looking future in which some sort of human-host hybrid of older William has been running around on an endless loop.

Yeah, there’s a lot to unpack from last night’s concluding chapter, “The Passenger.” Let’s boot up and run through the major reveals, twists and plot points so we can try to get our bearings.

Bernard and Dolores Make It to the Real World

At season’s end, both Dolores (Evan Rachel Wood) and Bernard (Jeffrey Wright) have made it to the real world, along with a host version of Delos executive Charlotte Hale (Tessa Thompson). This entire set up feels manufactured to avoid losing key stars and characters rather than an organic plot progression.

Bernard and Dolores differed philosophically when it came to the host’s endgame; Dolores wanted to destroy mankind (and the Valley Beyond), while Bernard just wanted to give the hosts the opportunity to make it to the Sublime. In an effort to avoid chaos and destruction and with some remaining connection to humans, Bernard kills Dolores and helps some of the hosts make it to their online utopia. But when the real Charlotte Hale kills Elsie to protect Delos’ business interests, Bernard says he was wrong and that he should have listened to Dolores. (Immediately undercutting the significance of his choice and his entire season of decision making. Dolores’ war is not in the best interest of the hosts, something Bernard realized early on then just… ignored in the episode).

So, Bernard creates a host version of Charlotte that he then imbues with Dolores’ consciousness (resurrecting her after death), has her kill the real Charlotte, and prevents Delos from getting its hands on the guest data, which ended up providing Dolores with the behavioral knowledge to possibly defeat mankind… I guess. Bernard’s amnesia was an intentional misdirection so that Karl Strand and his goons would not piece together what was really happening.

But Dolores 2.0 winds up killing Bernard and escaping the park in the identity of one of Delos’ highest-ranking executives. In the real world, she creates a new Dolores bot for herself… and then brings Bernard back to life?

She intones that the host species cannot survive without both of them—most likely true—but acknowledges that they will be working against one another as enemies. You can see it as a form of checks and balances, but it just doesn’t really make sense for Dolores to bring Bernard back from a tactical standpoint. What separates hosts from humans on the evolutionary spectrum is that the former can change, while the best the latter can do is “live according to their code,” per Forge Logan. So perhaps this is Dolores changing, even though she’s still dead set on destroying mankind?

It all feels rather manufactured to me and eliminates any sense of stakes. Dolores spent the majority of the season trying to destroy host backups so they couldn’t be revived in order to give their lives meaning. But then she’s all aboard the resurrection train for herself and Bernard, and smuggles a handful of memory-modules out of Westworld to likely bring back more hosts. Bernard kills Dolores to protect hosts, but then doubles back to save Dolores, only to go out into the real world to oppose her, by Dolores’ own direction?

What the actual fuck?

All of this resurrection and backtracking is hypocritical at best and underwhelming and convoluted storytelling at worst.

Is the Man in Black a Host?

Joy confirmed to The Hollywood Reporter that the old man William (Ed Harris) we’ve seen over the last two seasons was indeed human. But thanks to a mind-bending post-credits scene, that’s not as simple of a classification as it sounds.

After trying to kill Dolores and mangling his hand in the process, the Man in Black awakens and enters The Forge. But when he steps out of that elevator, it’s clear that a considerable amount of time has passed since the explosive events of the season finale. Cue the record scratch.

William finds himself in a far distant future with a host version of his daughter Emily. Initially, he believes he made it into the digital safe haven that now houses the remaining host consciousness. But he soon realizes he’s still in Westworld (“my fucking park,” he grumbles) and that he has been stuck on an endless loop, playing out the first two seasons of action over and over. Surprise: this version of the Man in Black is a host-human hybrid in the vein of James Delos, doomed to an everlasting search for “fidelity.”

Presumably, this means that at some point after the events of “The Passenger,” the human William walked back his stance that no person should live forever and created this loop for his future host bot with his mind inside. Why would he ever do that in a million years?

Well as we learned from Forge Logan (Ben Barnes), James Delos’ defining moment, the one all 18 million simulations kept coming back to, was his devastating final conversation with Logan. (“I’m all the way at the bottom now. Don’t you want to see what I see” is a call back to what the crazed Delos host told Elsie earlier this season. Logan’s final words haunt him in every afterlife.) It consumed him.

We can similarly guess that the Man in Black’s murder of his own daughter became his defining moment (I think he’s still barred from scoring Dad points though). Perhaps in an attempt to prove to himself that there was another path, that he could have been another man, he’s arranged it so that his hybrid host will continually run through the last two season’s of actions, hopefully becoming a better person with each passing version. The movie is similar to the major themes of Stephen King’s Dark Tower series that ask if the ends justify the means (no, they almost always do not).

So The Door/Valley Beyond wound up being a digital space where the hosts could live in peace online without their bodies and create a new world unencumbered by human interference. It was an opportunity to prove that their species could indeed surpass mankind.

Several hosts, such as Zahn McClarnon’s Akecheta, make it to the Sublime, though Maeve (Thandie Newton) dies ensuring that her daughter makes it to safety. (Side Note: That was the most inexplicably dumb death I’ve seen on a major TV show in a long time. It also probably won’t last as Delos employees are already looking for salvageable hosts. Ugh, Westworld, you’ve managed to kill death.)

Dolores wanted to destroy this world and prevent hosts from living there as she viewed it as another form of control doled out by the human masters. But after her whole body swap, Dolores has a change of heart (wiring?) and alters the coordinates of the digital realm in order to better conceal it from prying eyes. She also uploads Teddy (James Marsden) into the utopia, partially atoning for one of her greatest sins and providing a happy ending for one of the show’s more sympathetic characters.

But can’t Delos simply revive all of these transported hosts? Their bodies are still there, and their core drives were presumably unharmed. Unless crossing over into the Valley Beyond erases their entire physical programming, I’m not entirely sure what was accomplished.

Stubbs Is a Host

Call me crazy, but coming up with a major twist reveal that paints a character in an entirely new light the night before you’re supposed to start shooting his last scene doesn’t feel like the smartest way to approach a $100 million show.

But that’s just me.

Season Two Grade: Better and Worse Than Season One

In some ways, season two improved on certain flaws built into the code of season one. Initially, the sophomore run set up Dolores and Maeve as two diametrically opposed forces that represented both the worst and the best of humanity. It momentarily positioned the Man in Black as a figure seeking redemption. While the timeline hopping was unnecessarily confusing, the early episodes pulled back on the mystery science theater for the most part and put character focus at the forefront. Most importantly, season two gave us “Kiksuya,” the series’ best overall episode.

But in many ways, Westworld‘s second season was a step back for the show overall, despite having its good moments. At times, it felt as if the show lost sight of its major threads as it intentionally looked to shock audiences with clever misdirects and twisty reveals. It mishandled major character moments—such as Dolores’ one-note season, the Man in Black’s reaction to his duaghter’s death and Maeve’s mid-season sidelining—while getting too lost in its own maze of grandiose pontificating. At some point, I just wanted the show to stop trying to outsmart viewers and simply try to tell the best story possible.

We never quite got there. 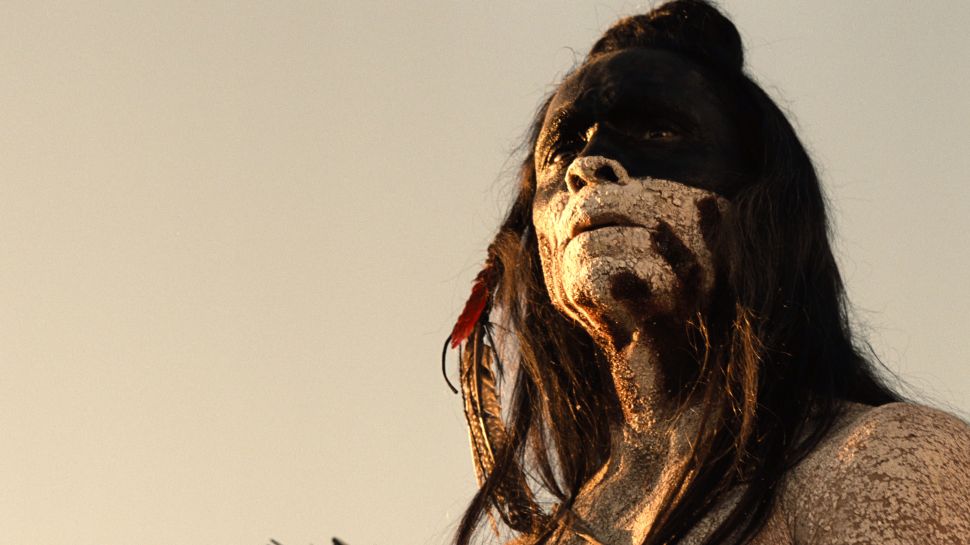