It seemed as if HBO had finally found its heir apparent to GoT (prequel spinoffs notwithstanding).

But just days away from Westworld‘s season two finale, it’s clear that the sci-fi series is sadly not the network’s next Game of Thrones as ratings and interest have fallen during a divisive sophomore run (that 16 month layoff didn’t help). Live viewership is down nearly 14 percent, its audience score on Rotten Tomatoes took a steep tumble and critical/fan reaction has been mixed. The show remains popular, but has lost the same fervor that gripped its fanbase during season one.

So, why didn’t the expensive and glossy Westworld become the next Game of Thrones?

I’m a fan of season two overall, as Westworld can often be mesmerizing and enjoyable at its best, but even I acknowledge that the show’s flaws have kept it from reaching its ceiling.

While many non-genre fans were skeptical of Game of Thrones‘ fantasy elements early on, the grounded nature of its storytelling helped lure in on-the-fence viewers. Ned Stark’s doomed quest to remain an honorable man in a dishonorable world throughout season one hooked us with its nobility, ruminations on morality and its sword-and-sandals setting.

Guest star Ian McShane once described Game of Thrones as “tits and dragons,” but its intricate political jockeying, sharp dialogue, fascinating character development and quality acting gave it the look and feel of a prestige drama, not a show for Dungeons and Dragons enthusiasts. The blockbuster action that has become its staple only added to its growing reputation as Must See TV. Seven seasons in and the Westerosi crew has managed to grow its audience every single year and become a worldwide sensation.

GoT, while complex in terms of the number of key characters and storylines, is actually more straightforward than Westworld. It elicits fan theories and conversation through shock value and the depth of its plot; they emerge as a function of the show’s natural story. Ned’s execution, the Red Wedding, “Battle of the Bastards” and countless other #hashtag-worthy moments from the show all arose organically and inspired endless chatter as a natural progression.

Westworld is far more ambiguous and Lost-esque in that the crux of the show’s design is to confuse viewers and force audiences to question and hypothesize. But unlike GoT, the perplexing style is its calling card; mysterious confusion is the spine of the show.

When an audience is forced to constantly play catch up because of how difficult the plot is to track, it can never be a fully embraced mainstream show (See: Legion). It simply isn’t accessible enough to everyone when it’s built on a foundation of strategically crafted WTF moments.

As season one did, the second season of Westworld is split into multiple timelines. But where showrunners Jonathan Nolan and Lisa Joy cleverly used the twist to represent the descent of man and the ascent of host consciousness the first time around, the era-hopping of season two has been used more as a narrative crutch. It makes for a fun guessing game, but it doesn’t actually have any impact on the characters or story: everyone on both sides of the split are still in search of the Door/the Valley Beyond, while Peter Abernathy serves as the MacGuffin for it all.

And unlike Lost and GoT, the series’ characters aren’t quite compelling enough to anchor all of the misdirection and twisty turns.

Dolores’ (Evan Rachel Wood) development into Wyatt, a full-blown torturous killer who believes her violent means justifies her endgame, has been flatly one-note all season. Westworld has given an overabundance of screentime to the self-aggrandizing in-park romps of older William (Ed Harris), who has admitted to being a terrible person but shirked all responsibility for his actions. Episodes seven, eight and nine of this season inexplicably sideline the great Maeve (Thandie Newton). The newly sentient Bernard (Jeffrey Wright) is reclaimed by Ghost Ford (Anthony Hopkins), eliminating his agency and stalking away from the rich themes his existence supports.

The characters have had their moments to shine this season, with the beautiful “Kiksuya” and world-building “Akane no Mai” serving as standout episodes, but they have yet to reach their full potential. As a result, the cracks in Westworld‘s mystery box become more noticeable.

Westworld can reach highs that not many other shows can approach, but far too often, it does not aim high enough. Last week’s penultimate episode ended not with a message that could reinforce Westworld‘s themes, but with the Man in Black digging into his skin, not knowing whether he would hit bone or metal. But whether or not he’s a host or human doesn’t really matter at this point; his misunderstanding of the world and himself is what’s most interesting, yet it’s being pushed to the side for a potential twisty reveal.

This second season has pulled back somewhat on the grandiosely unknown in favor of more character focus but seems to mishandle the key moments in their development while blurring our perceptions with unneeded theatrics. The Maze of season one was undeniably enticing, but Westworld may have gotten too lost in its own labyrinth. 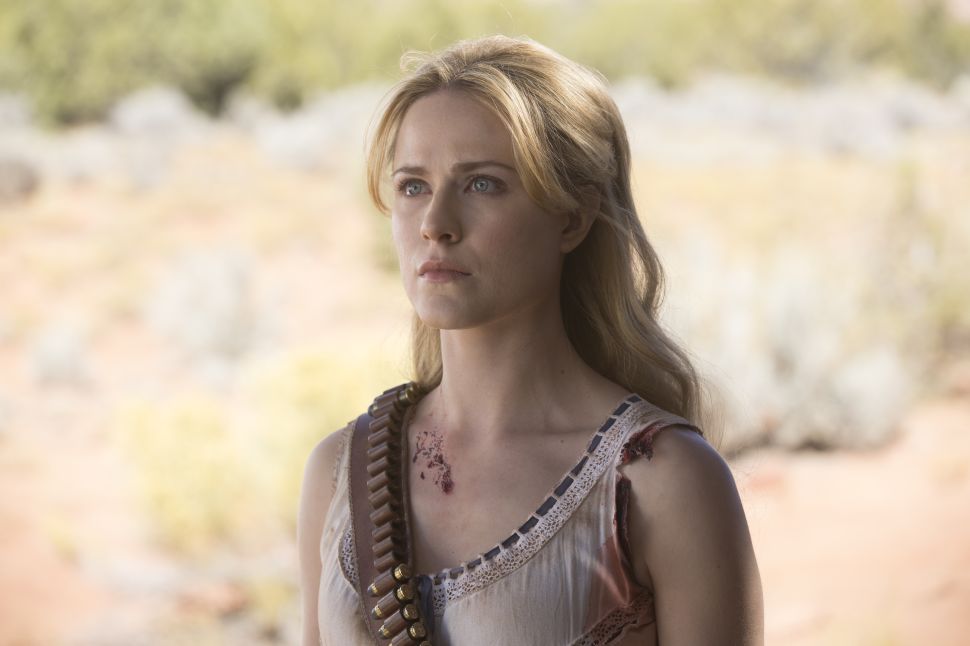