Think you endure a lot of spite on Twitter? Try being a friendly neighborhood meteorologist.

Talking about the weather for a living opens weather reporters up to a stream of anger normally reserved for politics. It seems strange that the weather—of all things—would evoke such angry responses from people. “We are easy targets,” said Nick Lilja, chief meteorologist for WDAM-TV in Hattiesburg, Mississippi. “I don’t know that very many people do it with a specific malice toward meteorologists. I think they just aren’t happy and need to spray their hate at someone—and we are right there.”

Most often, the daily weather report is the only part of a newscast that could affect everyday life. But when people plan their day around the weather and the weather doesn’t cooperate, some take their frustration out on meteorologists.

If the predicted temperature is a few degrees off or snow doesn’t add up to quite what was forecasted, weather reporters endure profanity you’ve never heard before. Even though the accuracy of forecasts is better today than at any point in human history, people are enraged when one is even the slightest bit off the mark.

But the sorest point of them all is when severe weather coverage preempts regular programming on a network television. Most local news stations interrupt regularly scheduled programming when a tornado warning is issued in their area. While this coverage is a genuine service to people in harm’s way, it also fulfills the requirement that FCC licensees serve the “public interest.”

And hell hath no fury like a television viewer who misses their favorite program. “Most of the negative messages I receive across social media involved severe weather coverage preempting regular TV programming,” said James Spann, chief meteorologist for ABC 33/40 in Birmingham, Alabama. Spann was an early adopter of using social media to spread weather information, and his posts have a vast reach that eclipses most other local television meteorologists.

The combination of Spann’s powerful social media presence and his television market’s terrible weather makes him an easy target for ire when he has to break into programming to cover severe weather. One particularly ugly case came during a severe weather outbreak on Christmas Day in 2015.

A severe thunderstorm spawned an EF-2 tornado just south of Birmingham early in the evening on Christmas. The tornado injured two people and damaged or destroyed dozens of homes along a one-mile stretch. Spann went live to cover the tornado warning in the middle of a basketball game, and viewers who weren’t in the path of the tornado blasted him for broadcasting life-saving information to folks in harm’s way.

“Fuck you and your stupid fucking weather controlling the best game in the NBA,” emailed one irate viewer just ten minutes after the tornado. “We have this brand new invention called the Internet to check this. Quit being so damn out dated [sic] and put on the fucking game.” Spann responded by attaching pictures of homes and vehicles destroyed by the tornado and wishing the emailer a Merry Christmas.

Spann has a theory about why people get so angry over preempted television programs in particular: “I think some of it is simply a function of where we are in society today; so many people are self-centered. All they worry about is themselves—their TV program, their neighborhood, their life. It really doesn’t matter to them what happens to their neighbors, or anyone else that might be watching our channel.”

But regardless of the root cause of it, hate mail is part of the job, and each meteorologist and weather reporter deals with it differently.

I’ve received hundreds of hateful emails—ranging from mundane name-calling to death threats—about my weather coverage and articles debunking weather control conspiracy theories. Resorting to the extreme option of publicly ridiculing hate mail senders has worked for me in the past, and it’s a path others have used as well. James Spann sometimes does it as well. “I am not sure there is a right or wrong way to handle the vitriol, but my general policy now is to take just one nasty hater and share it across social platforms with little if any comment,” he said.

Ginger Zee, chief meteorologist for ABC’s Good Morning America, has used her Facebook page to call out hateful comments about her appearance. News anchor Nancy Naeve of KSFY-TV out of Sioux Falls, South Dakota went viral after she lit into viewers for angrily calling the television station when coverage of destructive thunderstorms preempted a popular show.

Publicly shaming people who send hate mail can apply personal and social pressure to their actions by erasing their anonymity. It can also make would-be authors of hate mail think twice, as Spann points out, because they know the person on the other end is going to dish it back to them.

Not everyone shares the same view. Ian Livingston, a forecaster for the Washington Post’s Capital Weather Gang, prefers not to engage with angry readers when possible. “I am not a fan of ‘don’t read the comments,’ but don’t read the comments,” he said. Livingston also thinks that not all hate mail is worthy of the brush-off. “Sometimes the angry note actually has some lessons as well. Don’t take the anger as an automatic sign there is no point to be made.”

Nick Lilja says he’s gone back and forth on the idea of putting hate mail on blast. “I don’t do it as I fear the repercussions,” he said. “All you are doing, in the end, is giving a platform to someone who is hurtful and hateful.” 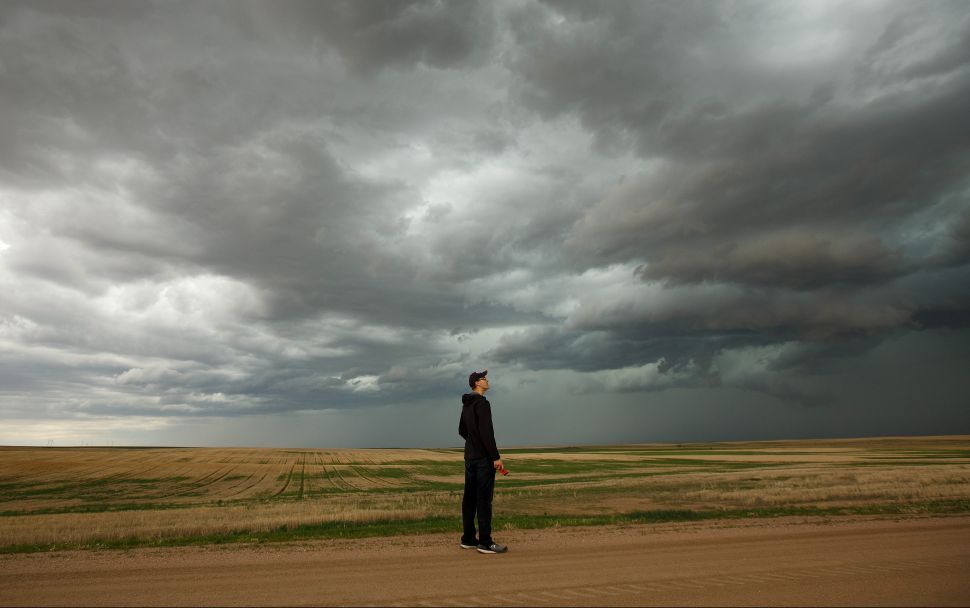