The news about Harley Davidson over the past 24 hours has been a bit tricky to follow.

Monday morning, the motorcycle maker announced it would be moving part of its production facilities from the U.S. to Europe. The move is related to the Trump administration’s ongoing trade tensions with the European Union. But, before most people could get a grasp on what’s actually happening, the story about trade quickly devolved into one about Trump’s angry tweet-slapping against Harley Davidson.

To help you catch up with the rapidly unfolding story, here is a brief recap of what has happened.

March 1: Trump announced his intention to impose new tariffs on steel and aluminum, which then accounted for about four percent of total imports entering the U.S.

In response, the EU said it would impose retaliatory tariffs on over $3.3 billion worth of American goods. The list, which covers over 200 categories of products, includes several iconic American items like Harley Davidson motorcycles, Levi Strauss & Co. jeans and bourbon.

Trump later tweeted that he would retaliate against the EU’s retaliatory tariffs by raising tariffs on European cars.

June 1: After rounds of failed negotiations to avoid a trade war, Trump’s aluminum and steel tariffs on the EU went into effect.

June 22: The EU’s retaliatory tariffs on American goods, including a 25 percent duty on Harley Davidson bikes, went into effect.

The same day, Trump reiterated his intention to slap new tariffs on European cars and announced a specific number: 20 percent.

Hours later, the EU said it would retaliate (again!) with equivalent tariffs on U.S. goods.

June 25: Harley Davidson announced in an SEC filing that it would be moving part of its production from the U.S. to Europe to avoid the EU’s new tariffs.

Harley Davidson shipped 40,000 bike from the U.S. to Europe last year. With the import tariff hike (from six percent to 31 percent), the company estimates that the cost of shipping each bike from the U.S. to Europe will rise by $2,200. On a full-year basis, this would cost the company up to $100 million (equivalent to one-fifth of its annual profit).

“Harley-Davidson believes the tremendous cost increase, if passed onto its dealers and retail customers, would have an immediate and lasting detrimental impact to its business in the region,” the company said in Monday’s filing.

The plant relocation is expected to take nine to 18 months to complete.

“A Harley-Davidson should never be built in another country-never!” he tweeted. “Their employees and customers are already very angry at them. If they move, watch, it will be the beginning of the end—they surrendered, they quit! The aura will be gone and they will be taxed like never before!”

In a separate tweet Tuesday morning, the president said Harley Davidson “won’t be able to sell back into U.S. without paying a big tax!”

How would this work? Not well. Harley Davidson’s logic is clearly to avoid any type of cross-border tax involving the U.S. in the first place by making America’s bikes in America and Europe’s in Europe.

Europe is currently the fastest-growing market for the iconic American brand. The region accounted for 16 percent of Harley Davidson’s global sales last year. As the company’s domestic demand continues to shrink (it closed a Missouri factory and downsized production in Pennsylvania in January), Europe has become an increasingly important market to defend its bottom line.

Harley Davidson hasn’t responded to a request for comment by Observer. The company is set to report its quarterly earnings on July 24. 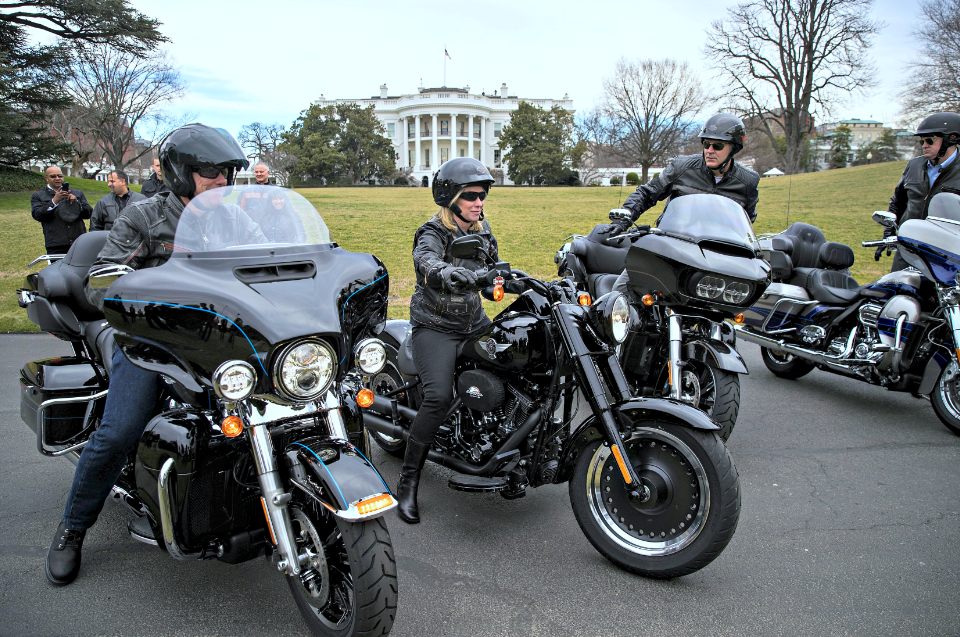