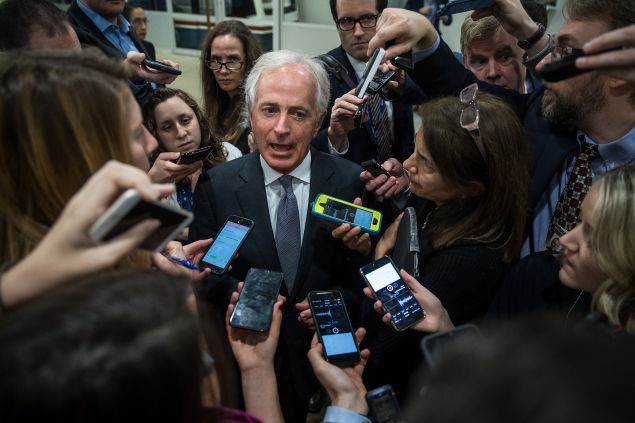 Retiring Republican senators could be anything but lame ducks in the latter half of this election year.

The Supreme Court vacancy created by Justice Anthony Kennedy’s retirement creates newfound power for these lawmakers should they channel their inner geese, akin to the birds who with a bold amble stop rush-hour traffic—like, say, a nomination barreling toward a fall Mitch-imposed deadline.

At first blush, it would appear they’re destined for duckdom, getting to do little but quack while colleagues who will still be entrenched in Congress next year—well, maybe, depending on voters and which way the wave sweeps—are getting all the bread.

Sen. Bob Corker (R-Tenn.), after all, hasn’t exactly convinced his colleagues to take action in his role as the Tariff Crier, arguing for threatened American jobs and against branding Canada, Mexico and Europe as national security foes. Earlier in June, Corker tried to get a vote on an amendment to the defense reauthorization bill that would have restored congressional oversight to these tariff orders that lean on the national security loophole.

“I would bet that 95 percent of the people on this side of the aisle support, intellectually, this amendment. I would bet that. I would bet higher than 95 percent. And a lot of them would vote for it if it came to a vote. But oh no no, gosh, ‘we might poke the bear’ is the language I’ve been hearing in the hallways. We might poke the bear,” Corker chided his colleagues in an irate floor speech after the amendment was blocked. “The president might get upset with us as United States senators if we vote on the Corker amendment. So we’re going to do everything we can to block it.”

On June 24, Corker warned that “a jailbreak is brewing in the Senate on the need to reassert constitutional authority on trade policy.”

Since taking that midterm election monkey off his back, Corker has become, shall we say, uncorked in his criticism of the president he once supported, decrying the “cult-like situation” of the Trump-backing GOP.

Sen. Jeff Flake (R-Ariz.), another retiring Republican who has made clear his runneth-over discontent with Trumpism, likened Trump’s branding of free media as “the enemy of the people” to Stalinism in a somber January floor speech.

“The free press is the despot’s enemy, which makes the free press the guardian of democracy. When a figure in power reflexively calls any press that doesn’t suit him ‘fake news,’ it is that person who should be the figure of suspicion, not the press,” Flake said, declaring later in the lengthy address that “no longer can we compound attacks on truth with our silent acquiescence.”

“No longer can we turn a blind eye or a deaf ear to these assaults on our institutions… an American president who cannot take criticism—who must constantly deflect and distort and distract, who must find someone else to blame—is charting a very dangerous path,” he added. “And a Congress that fails to act as a check on the president adds to the danger.”

With 51 Republicans in the upper chamber, and leaders rabid to push through any Supreme Court nominee before Election Day, leverage is here.

Flake told his hometown paper, though, that he doesn’t intend to use the Supreme Court nomination as tariff leverage when “I have all the leverage I need with circuit court nominees.” Corker is trying to get his tariff amendment through on the Farm Bill, predicting colleagues might muster some gumption as more tariffs promise to devour economic sectors.

Neither have indicated that they’re done confronting Trump.

So why would they stop at tariffs when wielding power that could stop the president’s most important nominee? Flake has stressed that Deferred Action for Childhood Arrivals (DACA) beneficiaries “do not have the luxury of accepting defeat and moving on to the next agenda item.” And Russia sanctions architect Corker may move back into hawk mode if Trump gives away the farm at his Helsinki summit with Russian President Vladimir Putin.

They could also pick up some of that dusty legislation intended to protect special counsel Robert Mueller until the natural end of his investigation into 2016’s Russian campaign meddling.

Many Republicans—the House witch hunts for Mueller-related scalps and subpoenaed phone calls aside—have publicly expressed support for the continuation of Mueller’s probe to its (non-forced) conclusion but have stopped short of putting legislation where their mouth is. The most common refrain: 1) firing Mueller would be a “big mistake” but 2) President Impetuous surely isn’t going to try it so 3) legislation to protect the special counsel isn’t needed.

Of course, it’s not just the retirees who could spoil or stall Trump’s Supreme Court nomination. Sen. John McCain (R-Ariz.) might not be able to return for the vote, or maybe he will return to make a statement about Trump’s presidency. Sens. Lisa Murkowski (R-Alaska) and Susan Collins (R-Maine) are both in favor of abortion rights and wouldn’t take kindly to a swing vote on the high court being replaced with a hard-right justice.

Their power could be mitigated, too, if red-state Democrats feel powerless in the face of Trumpian challenges and cast “yea” votes.

Naturally, the GOP-led House may not be inclined to proceed with votes sought by bargaining senators, and a clean DACA save would need a veto-proof majority. Republican leaders would fear an internal push for Mueller protection: Putting lawmakers on the hot seat before midterms about whether a special counsel should be protected from Saturday Night Massacring by the president whose campaign he’s investigating will rile up voters in a way the GOP doesn’t want.

Things could get very unpredictable if the lame duck-ducks decide to go geese. 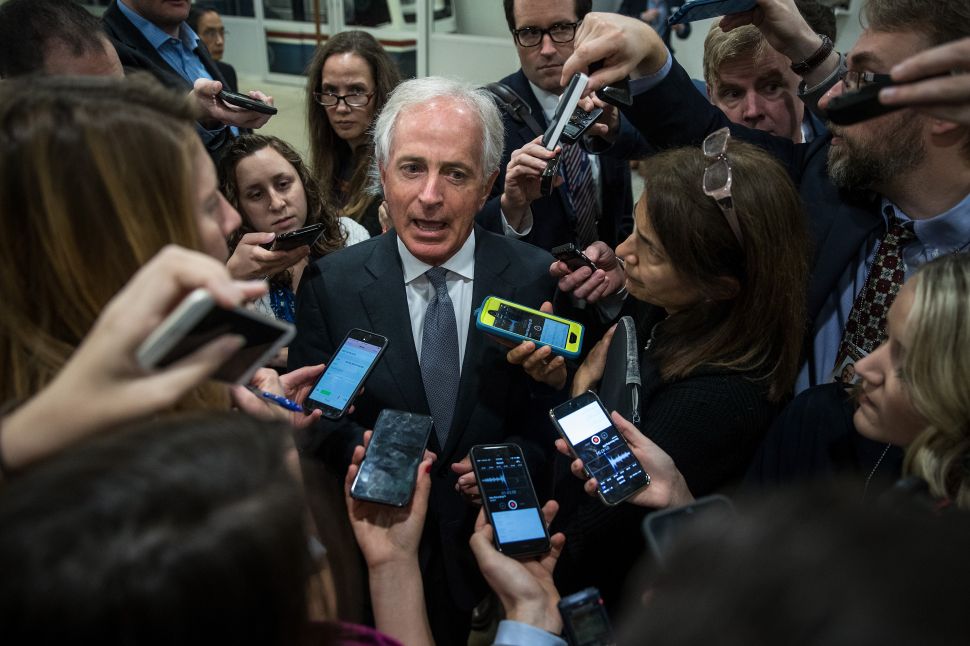