Sadly, America did not qualify for this year’s World Cup, leading to a natural decline in interest for the event nationwide (wake me up when the NFL is back). Couple that with the significant time difference—I don’t know if you know this, but Russia is really far away—and ratings have been down overall compared to the 2014 World Cup in Brazil.

However, Fox is coming out of these early matches all smiles as the network is racking up viewership on the back of some stellar nail-biters.

Deadline reports that Saturday’s scintillating match between Germany (the reigning world champion) and Sweden hauled in 5.4 million viewers, peaking with an audience of 6.7 million. It was the most-watched game of any World Cup match this year so far and one of the best-viewed games in broadcast history.

With Germany entering the second half down 1-0, millions of viewers tuned in to see if Sweden could pull off the shocking upset. While Germany managed to storm back and win 2-1, the match became the most-watched English language soccer game Fox has had since the 2015 Women’s World Cup that saw Team USA beat Japan. It is the most-watched group stage match not involving the U.S. team and, according to Fox, the most-watched non-U.S. World Cup match at this stage of the competition since 1990, when the U.S. qualified for the tournament for the first time in 40 years.

In the dead of summer with only Major League Baseball active, the World Cup is generally well-received by Americans while it remains one of the biggest events around overseas. (Universal released Jurassic World: Fallen Kingdom early in foreign markets to avoid competing for eyeballs.) Though without America being represented this year, domestic demand has fallen off.

Yet thanks to recent matches, a couple of which have involved Germany, Fox is riding high. Ten days into the tournament, average viewership currently sits at 2.125 million, per TheWrap, which is a 14 percent spike compared to the group stage of the 2010 World Cup in South Africa.

Perhaps the Murdoch’s move to focus only on sports and news will pay off after all. 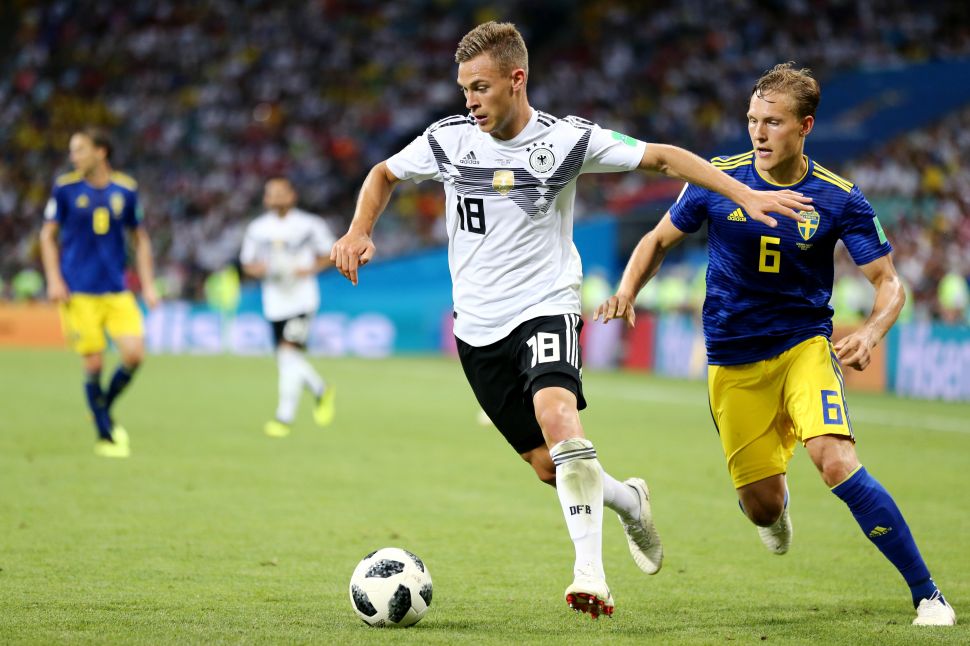