When you think of ballet, the images that come to mind are usually pretty cliché scenes from Swan Lake, Giselle, The Nutcracker or the like. But as ballerina and NYCB principal Tiler Peck asserts in the new documentary Ballet Now, “ballet isn’t just pink tights and tutus.” She, and a few others, are out to counter the ethereal, befeathered stereotype in a group of new movie releases about dance, on view from July 20 to 24 at Lincoln Center’s Dance on Camera Festival.

Dance on Camera has been running for 46 years…meaning it’s maybe had a hand in propagating that staid image in years past. But at least recently, their aim has been decidedly forward thinking, and never before have organizers had so much material to choose from when showing the inventive future of dance than in 2018.

“This year’s festival brought in a record number of submissions, over 300. Dozens more than in years past,” said co-curator Liz Wolff. Together with co-curator Joanna Ney, they aim to show audiences a wide range of dance and movement influencers who, in Wolff’s words, “continue to push the boundaries in the dance world and the dance film genre itself.”

Lineup wise (read it in full here) there are a heavy dose of works that take more of a Mozart in the Jungle approach, looking at the behind-the-scenes sweat and tears that go into the making of a contemporary work of dance that is by no means a glittery performance of pageantry. Here are the films from this year’s festival that will help you familiarize yourself with the exciting new developments in dance.

This documentary by Steven Cantor follows dancer Tiler Peck as she shows what goes into the making of L.A. Music Center’s BalletNOW annual program. In 2017 she was the first woman to be commissioned to curate the event. With less than a week to put 15 performances together—and prepare to dance in some of them as well—she decides to juxtapose ballet to tap, hip hop, and clown artistry, while figuring out how to make it blend with the event no ballet festival is complete without: a majestic pas-de-deux. The movie has a behind-the-scenes focus, with Peck shown trying to grab a bite between rehearsals and even slightly losing her patience during some last-minute inconveniences before curtain time. For those unable to make it to Dance on Camera, the documentary is available on Hulu starting July 20.

Trey McIntyre had one of the most promising careers as a freelance dancer. Then, against all odds, he started a ballet company in Boise that would put the heartland city on the world map. He was given a generous budget and reaped success after success, and yet, in 2014, he decided to shut the whole operation down. This is not a sob story though. Other than dealing with the task of owning a ballet company, Gravity Hero shows us excerpts of his works, such as Ma Maison, inspired by the New Orleans Preservation Jazz Band, Mercury Half Life, which is set to the vocals of Queen frontman Freddie Mercury, and Bad Winter, a performance Dance Magazine called “intriguing and unnerving.”

In 1950, a novice monk named Hayashi Yoken burned down the Kinkaku-ji Buddhist temple in Kyoto. Nobody knows his motives for the act, only that the young monk exhibited symptoms of mental illnesses ranging from persecution complex to schizophrenia. Choreographer Yuri Possokhov saw in that story the possibility to choreograph a tragic love triangle for prima ballerina Yuan Yuan Tan. Aside from the patent, psychologically-charged beauty of the ballet the audience witnesses being created, Fire and Ashes also serves as a character study. Possokhov is seen as a wise-cracking, savant-like character and narrator: he equates making a ballet with making borscht, he says humble things such as “We’re ready to fail” and “Don’t be worry [sic] to be pretty” to his lead dancer.

If the Dancer Dances

American choreographer Stephen Petronio used to insist that his eponymous dance company would only ever present works he himself had created. But in 2009, when Merce Cunningham died, and with the health of his mentor Trisha Brown deteriorating, he made a radical change in direction. In If the Dancer Dances, we see Petronio interrogating how the dance community can keep a choreographer’s work alive once he or she has passed away. On his own part, his answer to that is to re-stage Merce Cunningham’s 1968 work Rainforest, which featured sets by Andy Warhol and costumes by Jasper Jones. In the documentary, Petronio’s dancers candidly express fear in tackling Cunningham’s vocabulary, and are also shown being lectured by veteran Merce Cunningham dancers about the importance of dancing his work rather than their own interpretation of it. 2019 will mark Cunningham’s centenary, and If the Dancer Dances is a great way to witness the legacy of one of the most eminent personalities in contemporary dance.

This documentary by French filmmaker Marie-Helène Rebois takes viewers into the making of Lucinda Childs’ choreographic interpretation of Beethoven’s Great Fugue with the Lyon Opera Ballet in 2016. With a large focus on dance sequences and very little dialogue, this documentary might not be as captivating as the others from a mere narrative point of view, but it perfectly mimics Childs’ minimalistic approach to her art. Beethoven’s Great Fugue has been described as “armageddon” by American violinist Arnold Steinhardt and “filled with paradoxes” by musicologist David Levy, meanwhile Lucinda Childs is known for her stripped-back style filled with complex transitions. So witnessing the reconciling of the two is by no means any less gripping than the conversation driven docs. 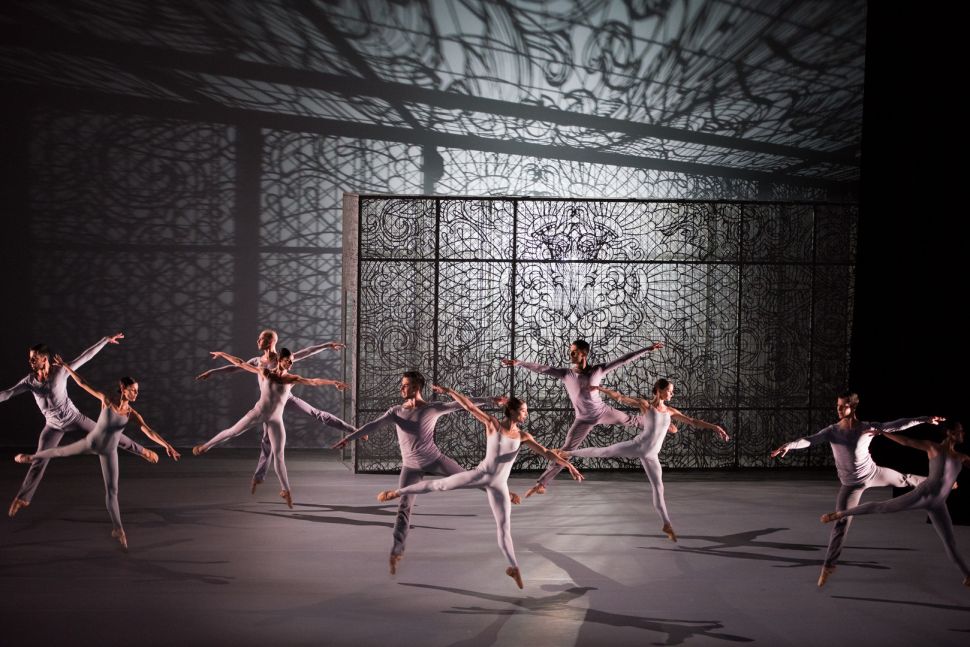