On Monday, Trump lambasted law enforcement agencies over “Hillary Clinton’s 33,000 emails” and “missing” DNC servers when asked whether he denounced Putin’s role in influencing the 2016 election. Citing a story from PolitiFact, Parkhomenko noted the “DNC provided the FBI with everything they asked for.”

“It’s exhausting for everybody, but the fact is he just lies and lies and lies,” said the strategist. “What you saw on full-display yesterday was the fact that Russia has pushed these conspiracy theories… And the conspiracy theories pushed by the [General Staff of the Armed Forces of the Russian Federation] GRU and the Internet Research Agency online is then regurgitated by the President of the United States standing next to Putin.”

While Parkhomenko was horrified at numerous points throughout the summit, he called Putin’s suggestion of a trade between Russian hackers and Bill Browder—the British capitalist behind the Magnitsky Act—one “of the most appalling moments.”

“I definitely think one of the most appalling moments was when Trump first briefly touched on ‘so-called meddling and witch hunt’ and said Putin had this interesting idea. We come to find later on it’s basically a trade for Bill Browder and associates,” said Parkhomenko. “Trump is this living, breathing active measures campaign which does a lot of the work for the Kremlin and leaves very little for them to do… other than go onto the next campaign.”

Even given the summit’s alarming implications for national security, the strategist saw a silver lining in the reporters who questioned Trump and Putin, calling the resulting answers “pivotal in terms of what many already knew.”

“Think about a scenario in which we had not had that press conference and those reporters had not asked those questions,” explained Parkhomenko. “It would be a very different day today, yet what was happening behind the curtain would have remained the same.”

“It has treason all over it,” added the operative. “If people are going to show their outrage ever, now is a pivotal moment.” 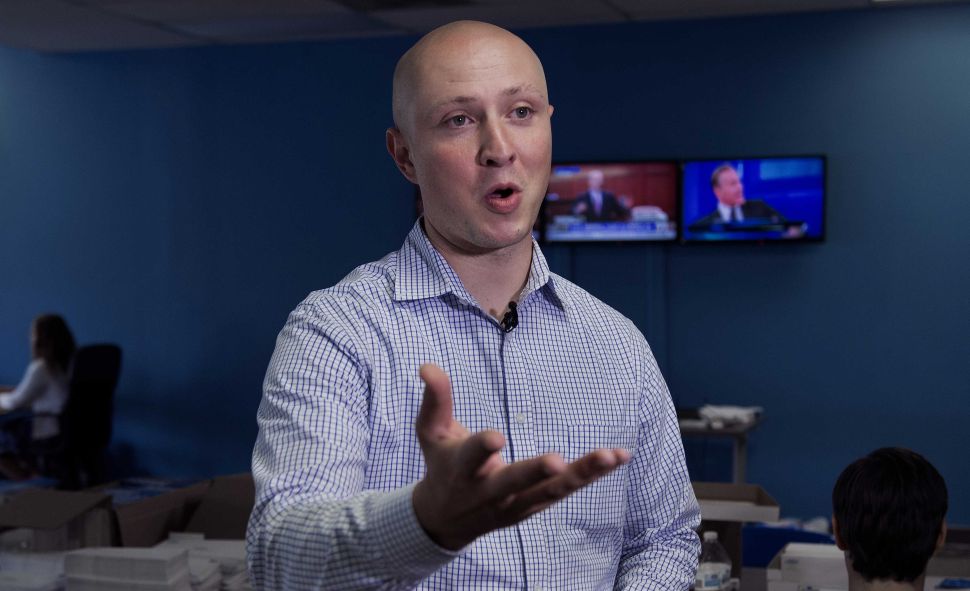