Amazon’s European workforce is fed up, so it’s taking action during the site’s biggest week of the year.

Spanish employees at the e-commerce giant launched a general strike on Tuesday that is expected to last through Prime Day next week. Workers in Italy, France, Germany, Poland and England are also taking part.

The strike is calling for “health and decent jobs,” along with benefits for all Amazon employees. They claim their “struggles against the abuses” of Amazon have gone ignored for too long.

Each nation has a particular grievance against Jeff Bezos’ behemoth.

“In the rest of the world, Amazon is making history but hardly distributes its millions in profits,” the disgruntled workers write. “Only if we struggle together will we gain recognition for our demands. Only with a joint action at a European level will workers organize in those places where there is no union representation yet.”

”We don’t recognize these allegations as an accurate portrayal of activities in our buildings,” an Amazon spokesperson told Observer.

Employees in Amazon’s Madrid fulfillment center organized a smaller strike in March, but with Prime Day on the horizon, they decided to increase the scale to the whole continent.

The workers are also pressuring customers to boycott Amazon until after Prime Day, to eat into the company’s bottom line.

“The idea is that if no concessions to the workers are made, that day will not take place,” the employees write.

It’s highly unlikely that will happen, since Prime Day is now bigger than Black Friday.

The striking workers won’t be able to cut into all that profit. But thanks to advocates on social media, they are making their voices heard.

Workers in Spain are calling for a transnational strike on Amazon tomorrow. Don't use their site tomorrow, don't use any subidiary like Twitch or Whole Foods, you get the idea.

Workers at Amazon are having a transnational strike in Europe in pursuit of better conditions. Please do not buy anything from @amazon for the next week in support of worker's rights. Do not break the picket! #AmazonStrike. https://t.co/qudx0fR6JQ

There is going to be a transnational strike by Amazon workers the second week of July (particularly Prime Day).
Please support them and avoid buying from Amazon during that week.https://t.co/SI2AG5Bx2o

Do not shop at @amazon tomorrow. If you care about workers rights to organize, don't even open their webpage. #amazonstrike #amazonboycott pic.twitter.com/C6ssLKaxPx

There’s no indication that Amazon’s American workers are taking part in this effort, but they have plenty of complaints of their own.

A 2015 New York Times investigation found that employees were forced to work 80 hours a week and stay online constantly. Bosses often emailed workers past midnight, and then texted them if they didn’t get a response right away.

Since the initial report, an increasing number of Amazon employees have come forward about unfair treatment.

And Muslim workers recently protested an increased workload during Ramadan, reporting their bosses forced them to lift heavy boxes and work in hot conditions even though they were fasting.

Prime Day seems like a perfect time to air these grievances. Time will tell if Amazon’s angry American workers join their European counterparts. 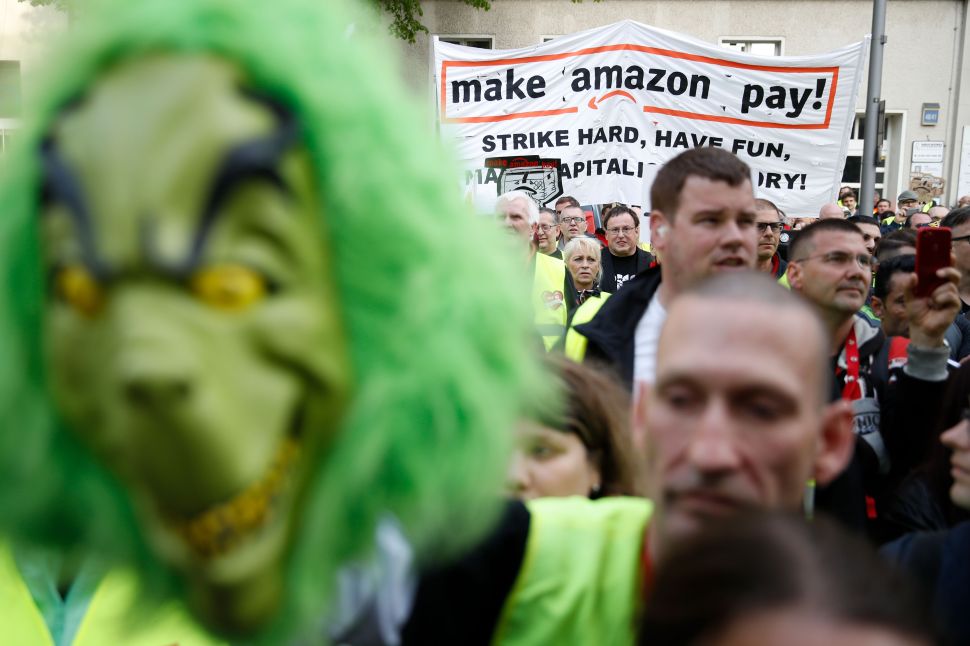