In the age of entrepreneur worship and digital self-help shrines, a misleading narrative has emerged about professional ambition: you either have so much it pours from every orifice, or so little you might as well find a basement to die in. Few of us are that extreme. Most employees live in the bulbous middle of the bell curve: we want to succeed at our jobs but don’t necessarily seek to sit high atop an org chart’s northernmost point.

Those within this ambition limbo may struggle with what level of power and position fits their personality and needs, which ultimately leads to ongoing dissatisfaction at any job. Sometimes this plays out through employees who are promoted until reaching a level that makes them miserable personally or professionally—long hours, increased responsibilities and politics can zap those who aren’t in it for the money or born with a rabies-like compulsion to conquer the office. Others might indulge their ambitions temporarily until thwarted by a bad manager, negative response or bureaucratic roadblock, subsequently going through cycles of excitement and exasperation, motivation and boredom.

According to Gallup, about two-thirds of workers are not engaged, a term used to describe a lack of excitement and passion for one’s job. Even as most other measures of worker satisfaction climb, levels of engagement remain stubbornly low. This seems contradictory to other polling information that says most workers—around 70 percent—see their job as a stepping stone to another career or position and report that it provides a sense of identity. Why, if we’re happy at our jobs and see them as a means to a better position, are most people unplugged at the office?

“You have the achievement motive inside of you, but the environment regulates it,” Bililies said. Even highly-driven people aren’t impervious to a harmful workplace culture. In fact, it can absolutely destroy one’s zeal for work.

If these factors can skull-punch a person’s ambition, there are others that can help it flourish.

“I think what really motivates people is purpose—not roles, not salary, not titles, but purpose,” Bililies said. Workplaces don’t necessarily need to “scratch the itch of existential purpose,” he says, but they should help employees talk through and work toward engaging projects that align with their long-term goals.

This is all dandy for the lucky bastards who know what they want long-term. For many employees, finding purpose in a career feels like playing a game of Marco Polo, except the fun is replaced with a near constant fear that no job will ever be satisfying, and life is only chasing after the wind.

Motivated-but-purposeless workers usually have some idea about what kinds of work they’re good at and enjoy doing. Many have even zeroed in on an ideal environment—even if it’s through finding what ones aren’t. What most fail to examine, however, is how position within an organization can affect the application of purpose.

Lower-level jobs offer little post-day stress and allow for passion projects in or outside work, but with the straightforwardness comes little respect, pay or ability to influence one’s atmosphere. Mid-to-senior level managers can influence the entire organization, but many find they delegate out all the actual work (enjoyable and otherwise) and live with stress as a constant companion.

In short, high-motivation individuals might find it easy to climb the ladder—but identifying the right rung to stop on is another matter entirely. Too low and you might feel impotent and under-utilized. Too high and you’ll feel stressed, overworked, lonely or unfulfilled.

Harvard Business Review calls the pursuit of success without consideration a happiness trap, or working your way to the top only to find yourself wanting to jump from it, but says that there are actionable steps to take. Primarily, workers must begin intentionally considering the motivation behind their ambition and make plans about how to achieve the professional outcomes that best align with their vision of happiness.

Bililies says this search for a Goldilocks-like balance between achievement and contentment can take longer if done in isolation. “People who keep their own counsel excessively are progressing ultimately to that homeostasis point, that happy point, that point of balance,” Bililies said. “They’re probably doing that slower, I would think, than people who are willing and open for feedback, input, guidance, advice, mentoring, coaching, etc.”

More than anything, finding a job with the right environment and at the perfect position might take time—or possibly a change in scenery. When unengaged employees set out to find a new position, there are ways to gauge if the culture might better cultivate purpose. Bililies says searching for online reviews of the company are a good way to judge their vibe, but he also suggests asking for a company’s turnover rate, inquiring about learning programs and talking to existing employees to ask them about programs or policies that help people grow and remain engaged. “If people look at you cross-eyed like they don’t even understand the question, you’ve got your answer,” he said.

Human beings might be “programmed to achieve,” as Bililies puts it, but neither the workplace nor the worker seem to understand how to direct that need. As we both grapple to right the engagement equation, the best opportunity for driven workers is to define—or even manufacture—professional purpose, whether as an entry-level employee, part-time worker or executive. Though good managers and mentors can help us refine our purpose, without an end goal it’s just climbing a ladder to nowhere, even in the best of circumstances. 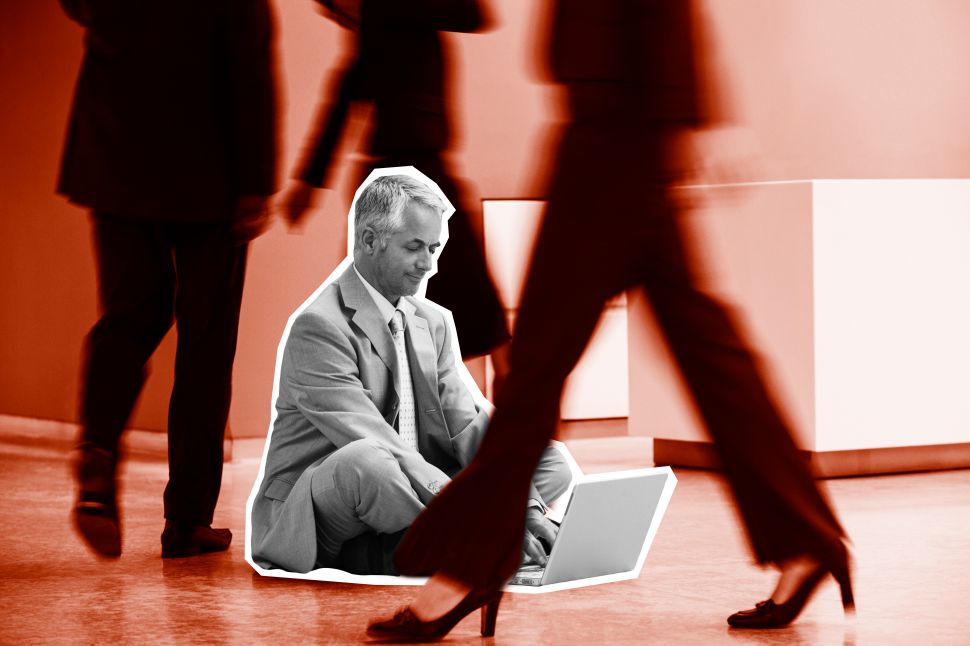