On July 13, the New York State Health Department published a 75-page report in which it declared that legalizing marijuana would raise money, reduce arrests and improve New Yorkers’ health.

In short, according to Gov. Andrew Cuomo’s public-health experts, marijuana legalization is a good idea.

Such a take is neither original nor surprising. A month earlier, Howard Zucker, Cuomo’s health commissioner, ruined any potential drama by telling reporters that his agency would release a pro-legalization argument. That fact that weed should be legal and sold in stores rather than a reason to jack someone up, put them in jail and jeopardize their ability to pursue employment and education (as the drug currently is in New York City, where more than 90 percent of the 6,604 people arrested for marijuana possession during the first six months of 2018 were black or Hispanic) is the same conclusion hit upon by the governments of Canada and Uruguay, as well as by voters in California, Nevada, Oregon, Colorado, Alaska, Washington, Massachusetts and Maine.

At this point, Cuomo doesn’t need to be told—by the Health Department or by anyone else—that his state’s marijuana policies are trash. Everybody knows this. According to a Drug Policy Alliance analysis, over the past 20 years, “New York has become the marijuana arrest capital of the world,” with some fo the “harshest enforcement practices in the country,” according to the American Civil Liberties Union. (In seven of those 20 years, recall, New York has been run by a man named Andrew Cuomo.)

This is not done out of concern for the good of the public, who have to fund an attendant criminal-justice-incarceration system and who support outright legalization by a two-to-one margin.

New York State does have medical marijuana, but under such severe restrictions that, in a state of 24 million people, there are only 59,000 licensed patients and 20 licensed dispensaries. For comparison’s sake, San Francisco, a city of 850,000 people, supported about 30 medical-marijuana dispensaries prior to California passing recreational legalization.

Just how not serious the governor truly is about this issue—and how dead-set he is on avoiding it entirely until the last possible moment—was evinced by his reaction to the Health Department report.

According to a New York Times article with the naively sanguine headline, “Cuomo moves closer to marijuana legalization in New York,” the governor “embraced elements” of the report’s findings, while “stopping short” of actually endorsing its key finding—and saying, yes, the state would do the obvious thing and legalize weed.

Instead, he Cuomo’d. He filled the air with pablum.

“The situation on marijuana is changing,” the governor said. “The devil’s in the details.”

He said there would be a delay, for unspecified reasons, until well after his reelection. He will likely say this until someone or something shocks him into doing something, and then only because he has no choice.

Cuomo did this because this is what Andrew Cuomo does.

Take another, frankly far more pressing issue, like the state of New York City’s subway system. New York City has more people than most U.S. states. New York City could not function without subways, and they are in a very bad way—and have been ever since Superstorm Sandy in 2012. As governor, Cuomo is the de-facto boss of the Metropolitan Transportation Authority (MTA), which runs the subway. And after spending the last seven years underfunding public transportation—Cuomo once took money out of the MTA’s budget to send to upstate ski resorts, which had faced a dry winter—Cuomo has spent much of the last year blaming New York City Mayor Bill de Blasio for the MTA’s bad state. And Cuomo has done that only after Cynthia Nixon, the former Sex and the City actress who is challenging Cuomo from the left, made shit subways a key campaign issue.

The problem is that until Cuomo is unseated, runs for president or decides he is tired of wielding power for the sake of wielding power, power that was rightfully his by birthright, New Yorkers are fucked.

Unlike other states, New York does not have voter referendums. New Yorkers cannot collect signatures and put a law on the ballot. This means marijuana legalization’s only hope is through the normal lawmaking process—and in only one other state, Vermont, has cannabis been legalized via elected lawmakers. Every other legalization effort, and almost every other medical-marijuana law, has come via popular initiative.

In New York, where Andrew Cuomo is the big boss, marijuana would probably be legalized if Andrew Cuomo wanted it to be. As it is, he’s setting a tone everyone else is following, the same tone as before—hide, avoid, obfuscate.

As The New York Daily News’ editorial board observed, on the same day its owners cut half its staff, Cuomo’s “leadership” to date on the issue has been gutless and “reactive.” Everyone else in a position of power in the state appears happy to play along.

A spokesman for Carl Heastie, a Bronx Democrat and the state Assembly speaker, would only say that he is “reviewing” the July 13 pro-legalization report. A spokesman for the Republicans in the state Senate would say only that their priority is “not legalizing drugs,” according to the Times. Ever the adult, de Blasio declined to comment on the report at all.

So—how many times does Andrew Cuomo need to be told the obvious?

Once, twice, infinity times. That New York has terrible marijuana laws and enforces them harshly, at great cost to New York, doesn’t matter. What matters—what he needs to be told—is what’s in it for Andrew Cuomo? This is, as the saying goes, no way to run a railroad. But it’s Andrew Cuomo’s railroad; guess which ideology wins? 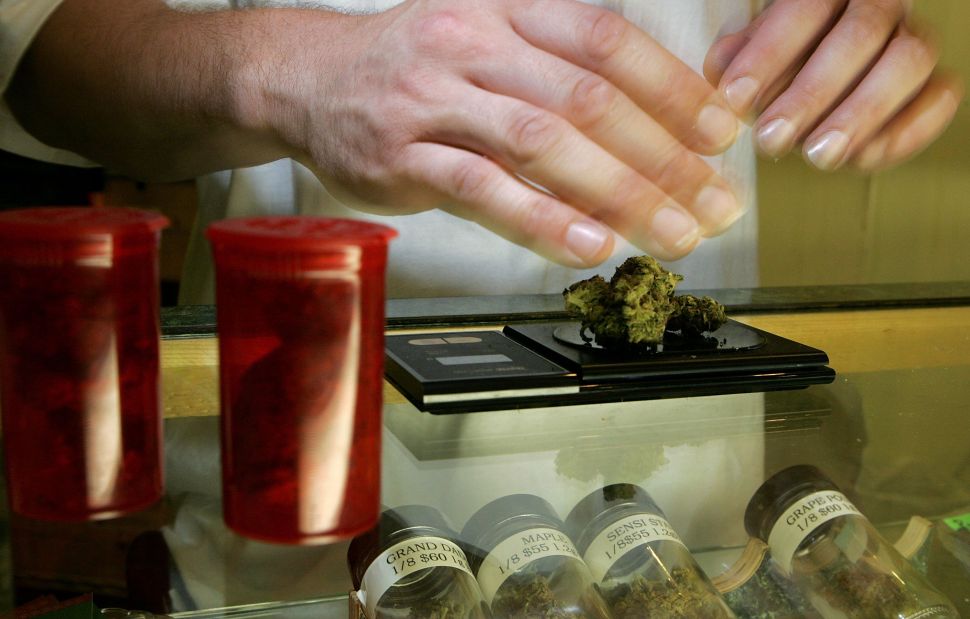