We all love the late painter Bob Ross and his quirky painting tutorials on PBS’ The Joy of Painting. For many, however, Bob Ross provided more than just art instruction; he is the unofficial patron saint of ASMR (autonomous sensory meridian response), a pleasant tingling sensation often triggered by auditory, visual and tactile stimuli. His slow, whispered style, empathic approach, soothing descriptions and the sounds his tools made as he worked provide relaxing and euphoric sensations for many with ASMR.

If you have ASMR, the response is triggered by different stimuli specific to the person (some people might get the response from the tapping of fingernails on a keyboard, while others are triggered by the light touch of a makeup brush on their skin), and the sensation created ranges from what some people call a “brain orgasm” or tingles to being enveloped in a warm blanket. It’s a pleasurable sensory experience involuntarily induced by a stimulus. For those who don’t have ASMR, it can be difficult to imagine; but those with ASMR tend to describe the experience as positive, soothing and tingly.

Before the internet, many people with ASMR watched Bob Ross and would get “all the feels,” but thought the sensation was unique to them. They didn’t realize they were amongst a large number of people who are similarly affected by certain stimuli. Ross was an unwitting “ASMRtist,” as the ASMR YouTubers call themselves, before there was such a thing. Since 2007, however, ASMR has been defined and discussed enough to inspire a vast online community and countless videos designed to create peace, bliss and tingles for those with the gift.

Those with ASMR consider it a response, ability or even a superpower, according to Dr. Craig Richard, founder of the website, ASMR University and author of the book, Brain Tingles. His research on ASMR points to light touch being the strongest trigger type. Given that babies are soothed more by touch than visual stimuli, Richard says this “seems to support that the foundations of ASMR may be something we are born with and carry on into adulthood.”

Everyone’s triggers are different, so ASMR videos feature a variety of different sounds, styles and stimuli, and people seek content specific to what triggers tingles for them.

Ever dream of watching slime being plucked by a dental tool? Perhaps you’d prefer hearing a Russian woman eating pastries. Maybe you want to watch sisters simulate an ear cleaning or a “nurse” role play a doctor’s visit. No? Well, people with ASMR clamor for such content, and if those themes don’t suit you, there are thousands more for whatever’s your pleasure. If you have ASMR, these videos might help you get ready to sleep or de-stress. If you don’t have ASMR, you might worry the world’s gone mad.

Whether you understand it or not, ASMR has inspired a booming industry complete with its own “celebrities” whose YouTube videos amass thousands (and sometimes millions) of views, loyal fans and financial sponsorship through Patreon and other crowdfunding sites. As ASMR awareness grows, so too does the divide over whether the videos with their whispery, intimate nature are sexual or merely soothing.

Many who identify as having ASMR insist there is nothing sexual about the videos and say the sensations induced are calming not arousing. The comments beneath the videos, however, reveal the different ways viewers are consuming the role-play, gentle whispers and finger-tapping content. Some see the videos, which overwhelmingly feature white, female creators, as a resource to help them relax or fall asleep, while others are titillated.

Richard says viewers can become aroused sexually if the video content “contains sexual imagery, sounds or behaviors, in addition to ASMR triggers. This has resulted in some people thinking that ASMR is sexual, rather than understanding that ASMR videos, like any other type of video, can be sexualized by the addition of sexual stimuli.”

For Mariana, a woman with ASMR with whom I spoke, the videos are a useful tool for her during anxious moments. They calm her down, and offer “instant relief.” Before she knew she had ASMR, she would call the Mexican consulate hotline. She said something about the woman’s voice in the recording “put me at ease and helped me relax.” She thought this was just a “weird” personal coping mechanism until she discovered the videos on YouTube meant just for people like her. She prefers videos with artists speaking in “unintelligible whispers,” and she takes issue with the ASMRtists and viewers who sexualize the videos. She says it diminishes the genuine needs of people with ASMR who use the videos as a healthy means of treating anxiety and restlessness.

While ASMR purists might be offended by the impulse to see the videos as erotica, the content is designed to simulate intimacy for the consumer. Viewers say the content provides a sense that they are being cared for. Furthermore, they say the videos inspire what is elusive for many: sleep. It’s no secret that the digital era has lessened our in-person interactions and Americans are dealing with a collective insomnia, and the videos provide a cure, at least for some, for loneliness and persistent wakefulness.

And for those making the videos, it can also provide a career.

One of the subculture’s more popular artists goes by the stage name Taylor Darling. She began her channel after discovering she has ASMR and loves “helping others receive the relaxing sensations.” Darling says being an ASMR celebrity has positive and negative aspects. She loves being a part of such an “awesome, kind community,” but as one of the top channels, she also “gets a ton of hate.” She says, “People expect me to know so much about ASMR, but in reality, experiencing ASMR can be different for everyone.”

Additionally, the lack of science on the subject can be problematic for those like Darling who want to be taken seriously, but she is encouraged by viewers who say her videos have “helped them with their PTSD, insomnia, anxiety and depression.”

Despite its growth over the last decade, many people have not heard of ASMR, and a lot of people likely experience similar responses without realizing they might be “tingle heads,” as they call themselves. Perhaps they get the tingles when Dolly Parton’s nails make that tapping noise at the beginning of the song “9-5,” or maybe they feel a warmth wash over them when they have their hair brushed at the salon.

There’s no denying that humans come in all types, and some of them say certain stimuli provide a soothing experience that others of us can’t imagine would be pleasant. But if watching a video offers peace, bliss or rest, let’s put on our headphones and watch some Bob Ross. Apparently, in addition to making “happy little trees,” he’s makes happy little people. 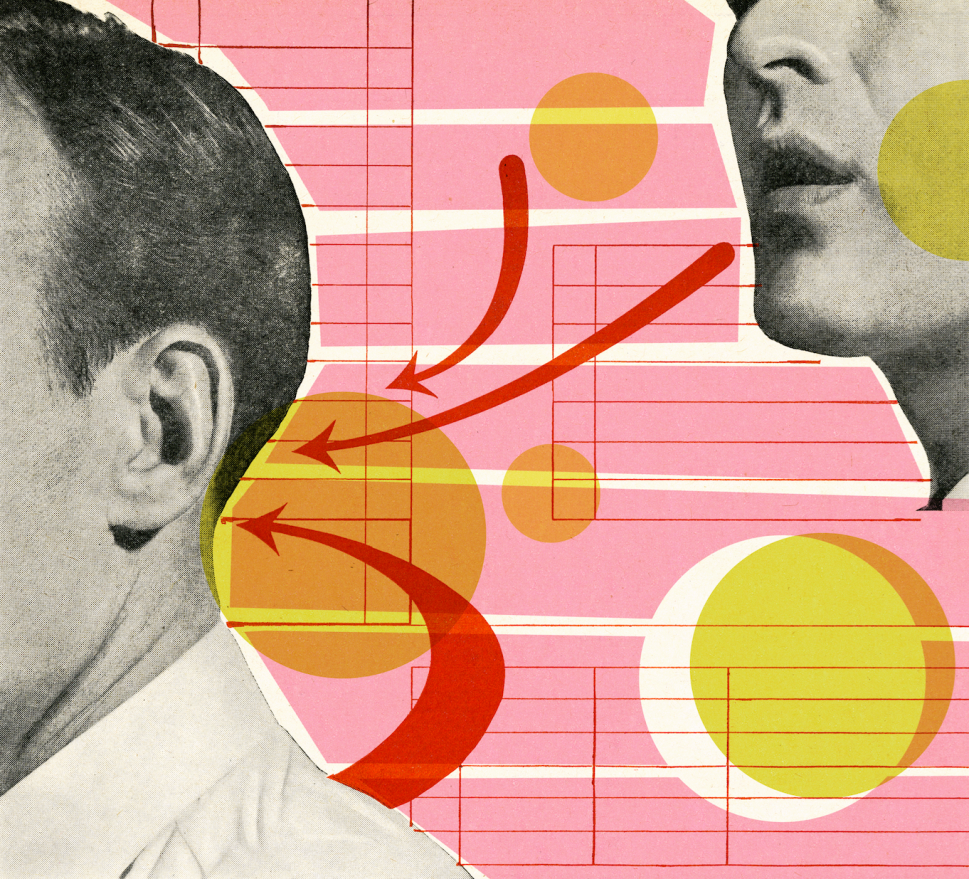