Speaking before the Supreme Court on Monday evening, Senator Kirsten Gillibrand (D-N.Y.) told protestors, “Trump has supported someone who will not protect a woman’s right to make decisions about her life, her healthcare, her reproductive freedom.” Senator Bernie Sanders (I-Vt.) echoed these sentiments by asking the crowd if they were “ready to defend Roe v. Wade?”

But many leading Republicans and legal analysts are dismissing such concerns as left-wing hysteria.

In an interview with The Wrap on Tuesday, Fox News host and Trump confidant Jeanine Pirro likened Roe v. Wade to “the law of the land.”

“You follow precedent and if Roe v. Wade is the law of the land—I suspect that he will follow precedent,” said Pirro. “I don’t expect any big changes… But based upon what I know of Kavanaugh’s commentary, it doesn’t appear that he is the kind of guy who wants to overturn precedent.”

“It’s a good question,” Jonathan H. Adler, a professor at the Case Western Reserve University School of Law, told Observer on whether Roe v. Wade‘s outcome was endangered by a Republican-dominated Supreme Court. “I think given [Kavanaugh’s] overall judicial philosophy, it’s unlikely he would conclude Roe was correct as an original matter. But just because a decision is deemed wrong as an original matter doesn’t mean it should be overturned.”

“The only abortion case that I know of that he ruled on was the bizarre case involving a minor in federal custody,” added Adler, referencing a legal showdown from last October where the judge voted to delay an abortion for a 17-year-old immigrant girl in federal custody.

Adler explained that for the landmark Supreme Court case to be overturned, a state law would have to be adopted “that is incompatible with Roe.”

“For Roe to be overturned, you would need a state law that either goes far beyond what’s been upheld in terms of restrictions on abortion or a law that tries to prohibit abortion or limits it so that it could not be upheld in an undue burden analysis,” said the professor. “The court would have to agree to hear the case. It’s not something that happens overnight, and if that were to happen, it would mean the question of abortion is returned to the political process and decided by state legislatures.”

“Kavanaugh’s record shows someone who really cares about getting the law right,” added Adler. “There’s not a lot of evidence he lets his policy preferences influence his legal judgments.” 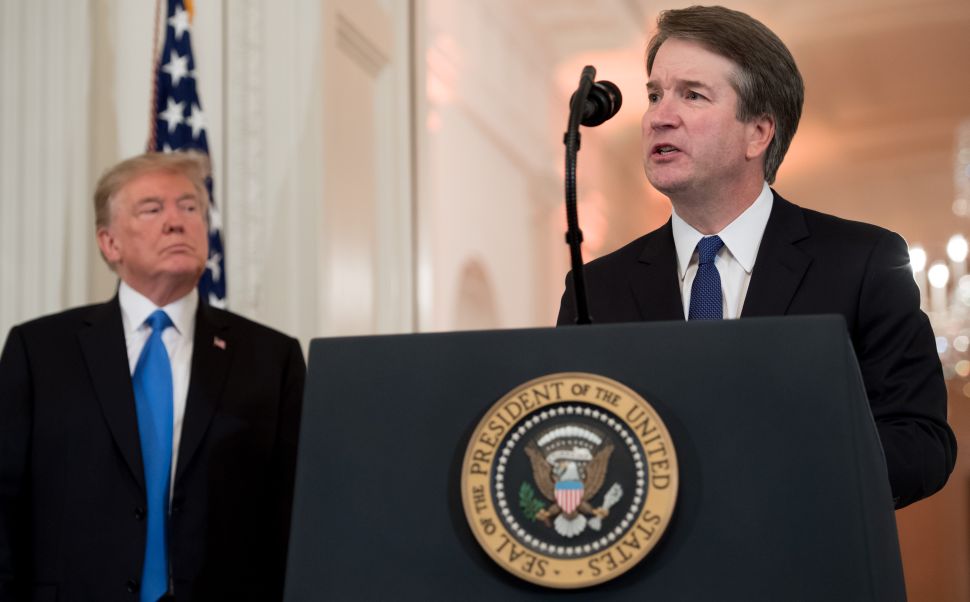