The impact of Donald Trump’s tariff war with China has spread to his own day-to-day life.

Coca-Cola, reportedly one of the president’s favorite drinks, will soon see a price hike in the U.S. because of Trump’s heightened tariffs on steel and aluminum imports and $50 billion worth of products from China, Coca-Cola CEO James Quincy said in an interview with CNBC on Thursday, after the company released earnings for the second quarter.

Quincy said the tariffs have put increasing cost pressure on the beverage maker. The cost increases are so far “broad-based” but will primarily stem from international freight and metal material used to make soda cans.

“There is increasing cost pressure, and we have to pass that through into the marketplace,” Quincy said. “The tariffs on the metals, it’s one of many factors [that] cost us to go out in the middle of the year and announce [a] price increase. It was pretty unusual, but it’s the right thing to do for the business for the long term.”

Despite the tariffs’ impact on raw material imports and international shipping, Quincey said Coke may have a slight advantage over other companies because its products are made in America.

“We’re very focused on creating local businesses, with local factories, with local jobs, with local blue collar,” he said. But still, “less trade and more tariffs will mean less economic growth in the end and that will affect us.”

Coca-Cola produces over two billion unit cases of bottled drinks every year through partnerships with 250 bottling companies around the world. For example, Coca-Cola HBC, one of its largest bottling partners, spent 32 percent of its total sourcing cost on packaging, which includes metal raw material.

Coke is one of Trump’s favorite soft drinks. He reportedly has a special button to order Coke in the Oval Office. 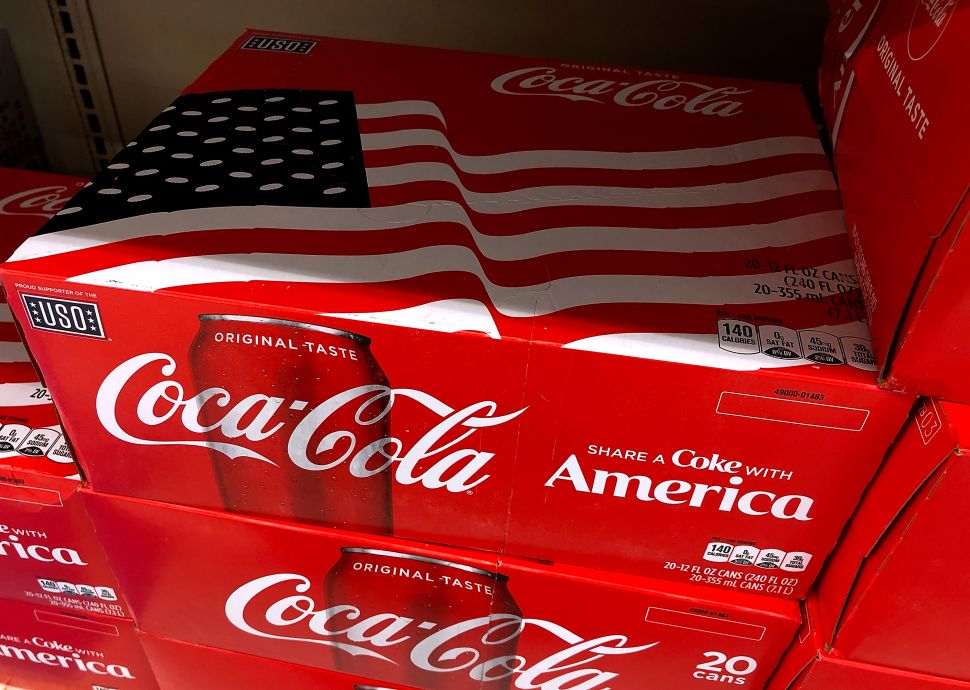