“If there is any good news for President Trump coming out of his summit meeting and press conference with Vladimir Putin, it may be that his widely condemned comments about Russia’s interference in the 2016 election have distracted attention from the rest of their agenda,” Frank Gaffney, president and founder of the Center for Security Policy, told Observer. “It looked to me to be the standard playbook of the Kremlin going back to Soviet times during the Cold War.”

Listed by the Southern Poverty Law Center as “one of America’s most notorious Islamophobes” and an “extremist,” Gaffney’s anti-Muslim sentiment entered the conservative mainstream during the 2016 election with rehabilitation from Bolton.

According to notes from an American Conservative Union (ACU) meeting obtained by The Atlantic, “Bolton proposed a motion to rescind and repeal [a 2011 resolution banning him from the Conservative Political Action Conference’s stage], and put the decision of whether to allow Gaffney to speak at CPAC back in the hands of ACU management.”

Gaffney is often accredited with helping lay the rhetorical groundwork for Trump’s travel ban—a poll from the Center for Security Policy was cited by the president’s 2016 campaign website to prevent “Muslim immigration.”

Despite shaping, and adhering to, the president’s national security platform, the center’s founder warned “Putin’s assertion that Trump had agreed, at least in principle, to a whole litany of agenda items” was the real danger of Monday’s summit, especially regarding “prospective arms control, limitations on missile defenses, [and] constraints on weapons in space.”

“Past practice being a pretty good guide, if they can get us into various arms control treaties, they know we’ll be constrained by them and they won’t,” added Gaffney. “It turns into a vehicle for enabling them to gain advantage at our expense, and to varying degrees the expense of others including… our European allies, and arguably our Asian allies as well.”

Having long derided the Iran nuclear deal as “defective,” Trump during the Helsinki summit stood alongside Putin as the Russian president spoke of “lamentable consequences” if the treaty was not maintained.

“I think [Putin’s] view of this is that Iran is a client and that if Iran can be made richer and more able to play a role in the Middle East that is congruent with the interests of Russia, that is a good thing,” said Gaffney.

On Thursday, following our conversation with Gaffney about the policy issues at stake during the summit, Trump tweeted his anticipation of “a second meeting” with Putin, “so we can start implementing some of the many things discussed, including stopping terrorism, security for Israel, nuclear proliferation, cyber attacks, trade, Ukraine, Middle East peace, North Korea and more.”

The Summit with Russia was a great success, except with the real enemy of the people, the Fake News Media. I look forward to our second meeting so that we can start implementing some of the many things discussed, including stopping terrorism, security for Israel, nuclear…….. 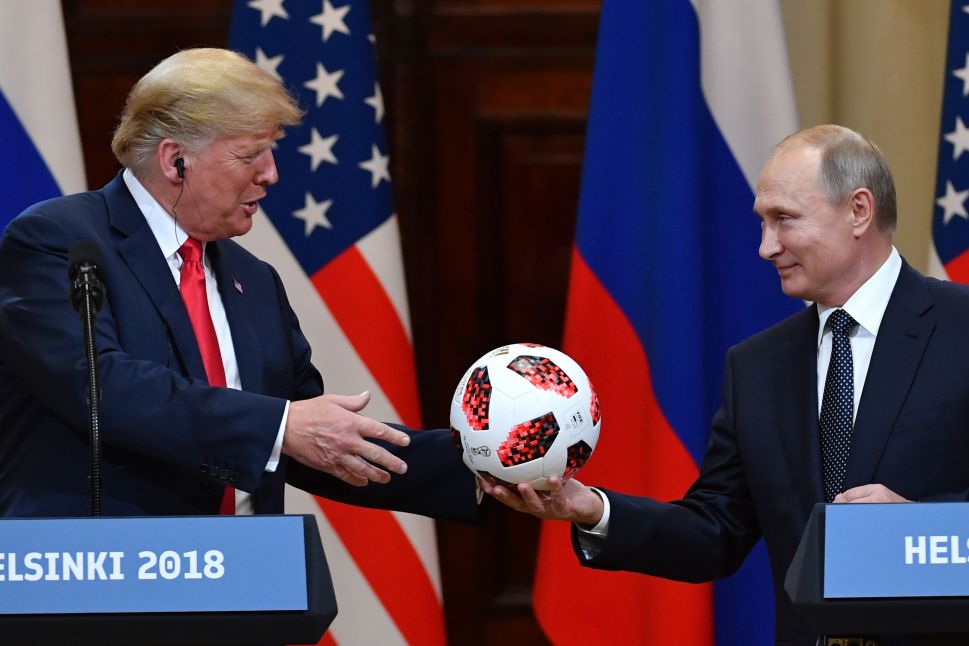