Last Friday, shareholders from both Disney and 21st Century Fox voted to approve the Mouse House’s $71 billion deal to acquire Fox’s major entertainment assets. While this deal was largely born out of Disney’s quest to compete with Netflix in the lucrative yet supremely crowded and competitive streaming arena, one thread fans have grabbed a hold of is Disney’s looming acquisition of the X-Men and Fantastic Four properties.

Superheroes are at peak value right now—who would have ever thought we’d be getting a Venom movie?—and snagging two of the most beloved comic book titles is big news, especially as they’ll be folded into the endlessly successful Marvel Cinematic Universe (MCU). Coupling iconic characters with the hit-making MCU has worked wonders for B-list comic names and the globally popular Spider-Man. Now, it’s time for mutants and Marvel’s first family to get the same treatment.

But given the new continuity they’ll be entering and the speed bumps of movies past, both properties are sure to be recast for their new MCU home. We’ve already put forth a list of potential candidates to take on the X-Men’s most notable characters, now it’s time to turn our attention to the Fantastic Four.

The first iteration of the big screen Fantastic Four earned enough at the box office to spawn a sequel, but both were widely panned by fans and critics for stretching far past light-hearted humor and landing firmly into off-putting campiness. Conversely, the 2015 reboot went too far in the other direction, attempting to recreate the superhero team under a body dysmorphia slant with elements of the horror genre. This led to behind-the-scenes drama between director Josh Trank and Fox and a disastrous final cut that flopped badly.

Moving forward, Disney and Marvel Studios will have to find a balance between the two approaches. Here are a few names we think can help them accomplish the appropriate tone.

I know John Krasinski has become the popular fan cast for Mr. Fantastic, but with a second season of the expensive and time consuming Jack Ryan TV series, a sequel to A Quiet Place and a budding directorial career, Krasinski doesn’t seem like a possibility. But Crudup is a solid option who has experience in the superhero genre (Watchmen, Justice League sort of) and a long track record of solid films on his resume.

Crudup would bring an element of serious professionalism to the role, something that was missing from the first franchise’s slapstick-heavy comedic take and the reboot’s dark and ominous vibe (Miles Teller reportedly almost came to blows with Trank during filming). As the leader of the Fantastic Four, Richards need an air of authority while also maintaining his lovable geekiness that makes his genius superhero a warm character. There’s a bit of Crudup’s Russell Hammond from Almost Famous in Reed—somewhat arrogant but a good guy deep down.

At 50, he may be a bit older than what Marvel is looking for, but he’d be a stabilizing force in the third iteration of a property that movie fans have close to zero confidence in at this point.

It would be nice if instead of just casting beautiful people who are nice to look at but can’t really act, major studios went for talent instead when it came to this mega-movie. Luckily, Pike has both in spades.

Nominated for an Academy Award for her grueling turn in Gone Girl, Pike would bring real acting chops to the world of superheroes. She’s no stranger to big franchises (Jack Reacher, Die Another Day) but has also turned in impressive work in smaller films. She was particularly good in Beiruit and Hostiles recently.

Pike may not be a “name” in the same way that the fantastic Brie Larson was when she won an Oscar and was then announced as Captain Marvel, but after two failed go-arounds with this property, Marvel should go for quality rather than star power. Pike has the requisite quiet intelligence that Sue Storm radiates.

The Marvel brand has already proven to be a more powerful selling point than the stars that populate its movies, so why not make the right move rather than the splashy one.

There’s something undeniably watchable about Morgan as he smarms his way from scene to scene, flashing that thin smile and those twinkly eyes. His villainous Negan on The Walking Dead is always entertaining, and his take on The Comedian was arguably the high point in the polarizing Watchmen. He’s more than capable of bringing seriousness and drama to the gruffest member of the Fantastic Four, but he’s also capable of nailing warm-hearted characters who look as if they’re in on the joke.

With Flashpoint dead, Morgan’s schedule has a franchise-sized hole. Again, Marvel may be looking for younger versions of the character (he’s 52), but they could do a lot worse than the enjoyable Morgan.

Go back and re-watch season four of Game of Thrones and tell me that Oberyn Martell’s brash cockiness and self-assured ego-driven confrontations aren’t a dead ringer for the hot shot arrogance of Johnny Storm. It’s the perfect parallel for Pascal to jump to after GoT and the recent Kingsman: The Golden Circle, in which he brought both the humor and action chops needed for The Human Torch.

One problem, however, might be Pascal’s involvement in another high-profile superhero franchise as he’s set to appear in Warner Bros.’ Wonder Woman 1984. While Josh Brolin currently exists in two comic book movie universes thanks to Thanos and Cable, he has the benefit of motion capture performance in the former. Pascal, on the other hand, is front and center as himself. Or, at least close to himself.

Yeah, that’s right, I’m gender-swapping the role. I obviously must be ruining your childhood in the process, right?

Toby Kebbell is a quality actor, but nothing could save him from the ridiculous script he was given in the reboot. Julian McMahon probably could have made things work had his movies not been so cartoonish. I understand how revered the character of Dr. Doom is in the comic books, and I genuinely believe Noah Hawley (Fargo, Legion) would deliver an amazing take on the character should his feature project be allowed to continue (doubtful). But assuming that’s off the table, let’s shake things up a bit.

Robin Wright has proven to be one of the all-time great femme fatales in Netflix’s House of Cards. With Kevin Spacey exiled from Hollywood, her Claire Underwood has been promoted to lead for the show’s final upcoming season. After that, her schedule is wide open.

She’s already shown off her steeliness and her ability to play cunning, manipulative and downright cruel. But for all her machinations in House of Cards, Claire genuinely believes she’s aiding the greater good through in her climb for power. That’s not too far off from Victor von Doom, a genius-level leader of the fictional nation of Latveria who believes all ends justify the means. This would be a bold and exciting direction to go in for Marvel. 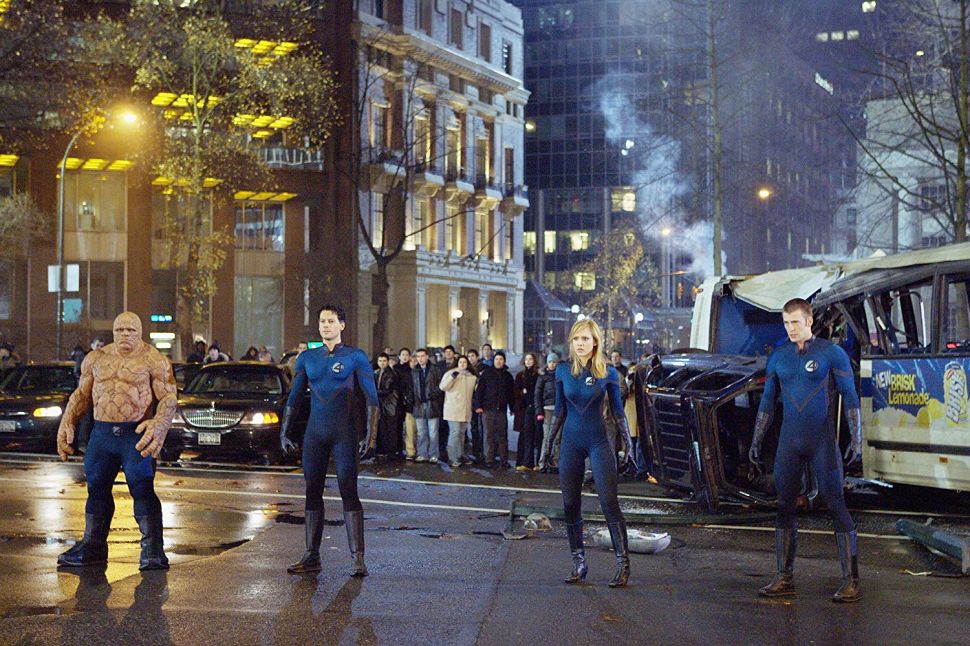