On Thursday, Comcast dropped out of its bidding war against Disney for 21st Century Fox’s entertainment assets, meaning the Mouse House will officially acquire the studio in the near-ish future. Though we will mourn the loss of a Hollywood powerhouse with roots dating all the way back to 1915, fans are understandably excited for the X-Men (and, to a lesser extend, the Fantastic Four) to finally join the Marvel Cinematic Universe (MCU).

The big screen X-franchise deserves credit for helping to change the reputation of superhero films for the better. The first film in the series, 2000’s X-Men, took a serious and grounded approach to the material that eschewed the cartoonish elements that had mostly been associated with the genre up until that point.

Eighteen years later, the series is still going, though there has been some bumps along the way.

Given the tangled continuity and Marvel’s preference for starting anew with their own touch (see: Tom Holland’s Spider-Man), it’s all but certain that studio head Kevin Feige will reboot the franchise, recasting the iconic roles with new faces. While I wouldn’t expect to see any MCU X-Men films until 2021 at the absolute earliest, now is as good of a time as ever to start thinking about which stars should take on which characters.

Here are a few suggestions:

Craig doesn’t seem to be the biggest fan of franchises following his grueling turn as James Bond, so who knows if he’d be up for joining another mega-commitment universe so quickly after exiting 007. But if her were, he’d be perfect for the role of Erik Lensherr.

Already portrayed by Ian McKellen and Michael Fassbender, Magneto needs to be charming and suave while also savage and steadfast. That sounds close enough to a certain super spy to be in Craig’s wheelhouse. Magneto is ostensibly the villain, capable of great evil. But he’s also a Holocaust survivor who vows never again to stand for the persecution of innocent people. You can see where he’s coming from in his fight for mutantkind.

Craig would be a big name that the MCU could hang its hat on as it jumpstarts its new iteration of the X-Men.

Bean radiates honor, gravitas and gentle stoicism, all of Ned Stark’s most admirable traits. He’s no stranger to major franchises after turns in GoldenEye and The Lord of the Rings: The Fellowship of the Rings. He’s also the perfect age to tackle Professor X—he’ll be 62 in 2021 and Patrick Stewart was 60 in his first appearance. Slap a bald cap on him, put him in a wheelchair and let’s get this show on the road.

Charles Xavier is a brilliant man, a leading mutant activist, the founder and leader of the X-Men and the world’s most powerful telepath. That’s a lot to ask for from an actor, but Bean has the calming demeanor and warmth to pull it off. Genre fans would love his addition to the new X-Universe.

It’s unclear just how many of Fox’s upcoming X-Men movies will actually have the opportunity to be released in theaters. The Deadpool team-up movie X-Force is pushing back its production start, and The New Mutants release date has already been delayed more than a year thanks to lengthy re-shoots. But you can bet your Adamantium that Fox will deliver X-Men: Dark Phoenix in February 2019 regardless of the Disney merger.

The “Dark Phoenix” saga is arguably the most iconic of all the X-Men comic book storylines, and this will be the second time Fox has attempted to adapt it following X-Men: The Last Stand. While Disney may not want to try it a third time, at least not yet, Jean Gray remains one of the most important characters in the entire continuity and must be included in the new iteration.

Wood is best known for her starring role on Westworld, but she’s been turning in fierce work for a while now. She can embody Gray’s inner turmoil as she suffers from a deep power within her that she can’t control.

Scott Summers has been one of the most underutilized and shafted characters in the entire X-Men movie franchise. In the comics, he’s far more than just a one-note boy scout.

Similarly, Gordon-Levitt has always been a talented actor but never a star in the traditional sense. Though he’s enjoyed supporting roles in blockbusters such as The Dark Knight Rises, Inception and G.I. Joe: The Rise of Cobra, he’s never been a headline draw. That is actually a good thing in terms of the X-Men, whose best quality has always been the ensemble structure.

JGL has both the quiet realism (Inception) and depth (Looper) to properly bring a more well-rounded version of Cyclops to the big screen.

Speaking of underutilized X-Men characters, comics fans have been absolutely justified in criticizing Fox for never delivering an interpretation of Ororo Munroe worthy of the character. You can bet that Feige is well aware of those audience complaints and has already started planning a more appropriate adaptation.

In the comics, Storm is considered god-like and one of the most powerful mutants on the planet. She married Black Panther and became queen consort of Wakanda. She’s a regal badass, not a timid side character with barely any lines. Harris has the acting chops (nominated for an Oscars after Moonlight) and the franchise experience (James Bond) to make a mark on what has been a severely underwritten character thus far.

Let’s get this one right, Marvel.

Rebecca Romijn and Jennifer Lawrence both did a great job with the character. The similarly gorgeous and uber-talented Theron would pick up right where they left off.

She expertly portrayed a dark side in her Oscar-winning serial-killer turn in Monster, her ferocity in Mad Max: Fury Road and her action bona fides in Atomic Blonde. You’d be hard-pressed to find an actress with a better pedigree than Theron. The fit is perfect, though it’s understandable if she doesn’t want to suffer through all that blue body paint. Hopefully, Marvel can find their way around that and attract another A-lister.

After 17 years with Hugh Jackman in the role, and the excellent send-off he received in Logan, Feige and Marvel would be best served by giving the Wolverine character a few extra years off. But eventually, the clawed-Canadian will make his return as there is just far too much money to be made. When that happens, there’s no better actor to step into Jackman’s shoes than Hardy.

Not only is he one of our most talented actors working today and not only does he have a track record in comic book blockbusters (The Dark Knight Rises, Venom), but he’s also just a perfect fit. Seeing is believing, so I’ll just end my argument with this fantastic fan art of Hardy in the role. 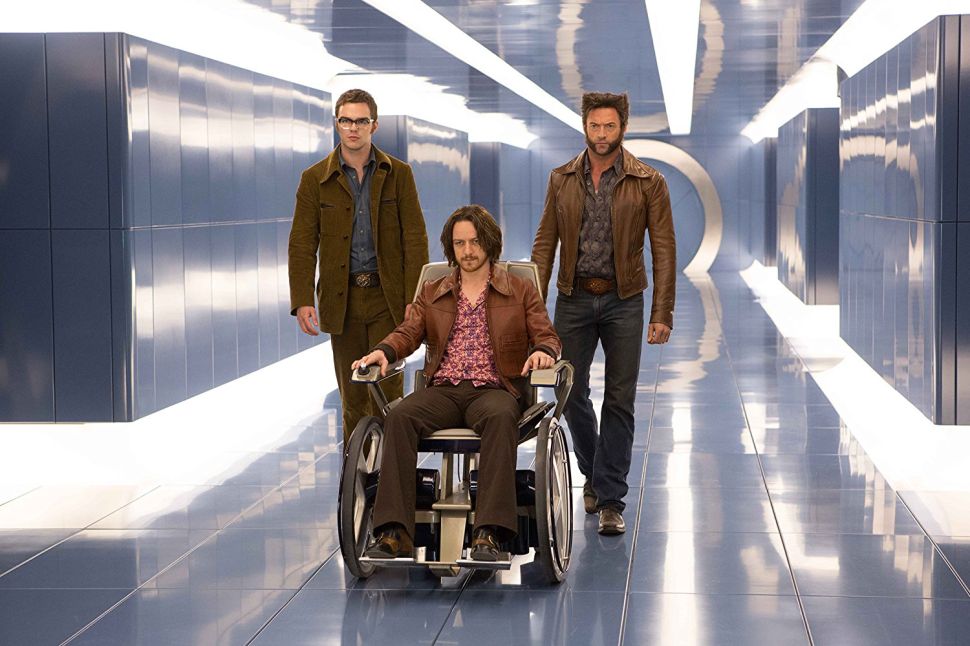