President Donald Trump is in Brussels this week meeting with fellow heads of NATO, the U.S.’ largest and most important military alliance, and, well, things didn’t start off well.

Trump has been firing shots at NATO since before he assumed office, criticizing the other nations for not pulling their weight on military spending (actual numbers show they’re mostly on target), and sometimes insisting that other NATO nations “owe us a tremendous amount of money” for footing the bill (they don’t; that’s not how it works).

On Wednesday morning, he fired a wild haymaker at German Chancellor Angela Merkel, saying Germany was “completely controlled” by Russia, because the central European country—like many of its neighbors—imports a large amount of natural gas from Russian suppliers.

“I think it is very sad when Germany makes a massive oil and gas deal with Russia,” Trump said at the summit. “We are supposed to be guarding against Russia, and Germany goes out and pays billions and billions dollars a year to Russia… It should never have been allowed to happen. Germany is totally controlled by Russia because they will be getting 60 to 70 percent of their energy from Russia and a new pipeline.”

The statistic that Trump is probably referring to is total energy dependence, where, to be fair, the U.S. looks better than Germany. The U.S. only imports around 20 percent of its total energy; the rest comes from coal plants, nuclear reactors, wind farms, and domestic oil and natural gas drilling (including the ecologically catastrophic practice of fracking, which Trump loves, of course). Germany, on the other hand, gets around 60 to 70 percent of its energy from outside sources. A large amount of that (40 percent of imported, not total energy) is natural gas and crude oil from Russia, particularly after the construction of the Nord Stream pipeline, which pipes liquefied natural gas straight from Russia into Germany. This has been a significant concern for U.S. politicians for over a decade.

But does it mean Germany is controlled by Russia? Well, no.

“Germany refuses to see that large energy projects also have a political dimension,” Marco Giuli, an analyst at the European Policy Center, told the New York Times. “For the German side there is no contradiction, the general take in Germany is that energy policy is a full component of commercial, economic policy and the decision should be entirely left to commercial actors.”

When push comes to shove, Germany has been surprisingly far less gentle with Russia than Trump himself, repeatedly supporting strict sanctions in response to Russia’s aggression in Crimea and Eastern Ukraine—even when it hurts German businesses. Shockingly, the German businesses affected by the sanctions have gotten on board; as the Times notes, German supplier Siemens stopped selling wind turbines to Russia after that country annexed Crimea.

While Trump may think energy dependence directly correlates to control over a country, that’s not really how it works in the U.S. either. Canada is the U.S.’s biggest supplier of energy resources, and we import more energy from Canada than we export. Does that mean Canada “controls” the U.S.? Not really.

Right now, about 40 percent of U.S. imported oil comes from Canada (and we consume 70 percent of all the oil they produce). Around 39 percent comes from OPEC countries, the cabal of Middle Eastern powers and Venezuela that we have a, uh, fraught relationship with (see: both Iraq wars, our support of the Saudis bombing the shit out of Yemen, etc).

Viewing energy deals as the be-all-end-all of political sway doesn’t make sense. The vast majority of the European Union buys most of its natural gas and crude oil from Russia (of which Germany is the largest purchaser, which is why Trump singled it out). Geographically, it’s really the only thing that makes sense. Central European countries don’t have access to vast oil fields or natural gas deposits like Russia or the U.S. do. The world’s energy infrastructure still runs on oil and gas, so they’re going to need to get it somewhere. Russia is the closest and cheapest place. Sure, Russia could stop selling oil to the Europeans in order to jerk them around, but it’d also tank their economy in the process.

Merkel, to her credit, managed to mostly brush off Trump’s comment, commenting that she had actually lived in a Germany that was “completely controlled” by Russia and that modern Germany was not the same thing, buddy.

“I have experienced myself how a part of Germany was controlled by the Soviet Union. I am very happy that today we are united in freedom, the Federal Republic of Germany,” she said in German at the summit on Wednesday. “Because of that we can say that we can make our independent policies and make independent decisions. That is very good, especially for people in eastern Germany.” 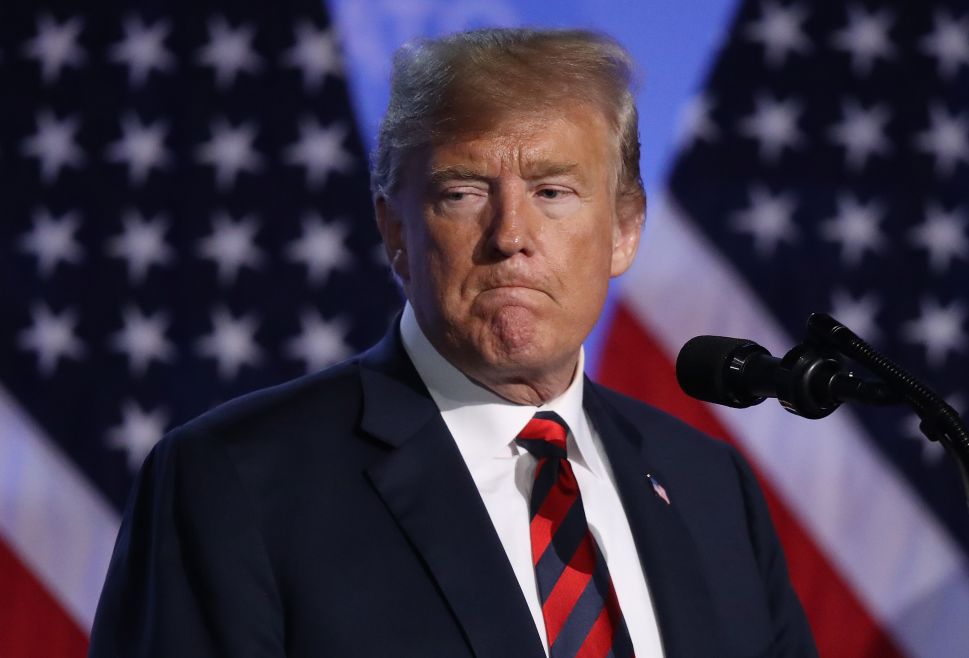