Based on my years of experience, I can categorically state that most Silicon Valley CEOs are not tone-deaf, self-absorbed jerks.

But, my God, it sure seems that way.

Money, power and hubris have always been a toxic brew in corporate America. But Silicon Valley seems to add extra ingredients, like self-righteousness and a messianic complex. The message is usually not just, “We’re a rich, successful company.” It’s, “We’re visionaries! We’re out to disrupt! We’re changing the world!”

Sometimes, they’re right. More often, though, it seems that “we’re changing the world” is code for “the normal rules of business and propriety don’t apply to us.”

You never have to wait very long around here for new examples, and in just the last week we’ve had a couple juicy ones.

First there was Tesla CEO Elon Musk, and his highly public offer to help the rescue effort for the trapped Thai soccer team. Musk offered up a hastily overhauled rocket tube as a mini-submarine, then took umbrage when the experts organizing the ultimately successful plan to retrieve the team didn’t show sufficient gratitude for his advice.

When one member of the rescue team, Vern Unsworth, dismissed Musk’s attempted involvement as “a PR stunt,” and said he should “stick his submarine where it hurts,” Musk took to Twitter to shoot back at Unsworth’s claims that the sub wouldn’t have worked.

But he didn’t stop there, adding as a parting shot, “Sorry, pedo guy, you really did ask for it.” When someone called Musk on the slur, he added, “Bet ya a signed dollar it’s true.”

Grant Musk the genuineness of his desire to help. Even cut him some slack for his pique at how Unsworth received his efforts. But any way you look at it, casually labeling the guy a pedophile was downright bizarre. Suddenly, it was All About Elon.

Musk did delete the tweet, but of course the damage was done. Unsworth said he was considering legal action, Tesla stock briefly swooned and Musk apologized. Sort of.

This is only the most recent in a long series of Musk weirdness. There was his rant against Wall Street analysts on Tesla’s quarterly earnings call, complaining about “boring, boneheaded questions.” Then there was his Twitter rant against the “holier-than-thou media,” suggesting journalists are out to get him because they’re trying to lure advertising dollars from oil and auto companies. The list goes on and on.

Luckily for Musk, though, there’s Facebook CEO Mark Zuckerberg to come along and push “pedo guy” off the front page.

Zuckerberg this week took a break from dealing with the continuing fallout of the manipulation of his site during the 2016 election (a notion, recall, that he initially termed “crazy”) to grant Recode’s Kara Swisher a lengthy interview.

Much of it was both interesting and thoughtful. But when Swisher raised the question of why Facebook continues to provide platforms for the likes of fake-news-purveyor/conspiracy theorist Alex Jones and his Infowars, Zuckerberg stumbled into defending the indefensible.

First, he retreated behind platitudes like “giving people a voice” and “broad debate.” Swisher smartly countered that “‘Sandy Hook didn’t happen’ is not a debate”—a reference to Jones’s propagation of the lie that the Connecticut elementary-school massacre was actually a hoax intended to provide a pretext for gun control.

Zuckerberg’s answer was to cite people who deny the Holocaust happened. “I find that deeply offensive,” Zuckerberg said. “But at the end of the day, I don’t believe that our platform should take that down because I think there are things that different people get wrong. I don’t think that they’re intentionally getting it wrong … It’s hard to impugn intent and to understand the intent.”

Try as I might, I can only read those comments one way: If you don’t believe the filth you spew—i.e., the Russian fake-news trolls who in 2016 played Facebook like a fiddle—Facebook might now try to block you. But if you do believe your crap, or even might believe it—after all, “it’s hard to impugn intent”—then, well, OK.

Actually, not OK. After the predictable backlash, Zuckerberg, like Musk before him, did the expected sorry-not-sorry clarification affirming that “I personally find Holocaust denial deeply offensive”—a fact never in dispute—and adding that “I absolutely didn’t intend to defend the intent of people who deny that.” Since we’ve already established how hard it would be to impugn Zuckerberg’s intention in issuing his clarification, I guess that settles the matter.

Unless, that is, the real issue isn’t whether the person posting a lie knows it’s a lie: It’s whether Facebook knows it’s a lie. And if it does, and does nothing, it becomes complicit in the lie. Look, I get that the First Amendment guarantees people the right to hold and expound hateful views. But Facebook is under no compulsion to provide a platform for those views. That’s a choice Zuckerberg has made, admit it or not. And it’s a cowardly one.

But don’t worry, Mark. In a few days, or weeks, some other Silicon Valley titan will come along and push you out of the headlines. Uber’s been kind of quiet lately. And of course we’ve got the criminal trial of Theranos founder Elizabeth Holmes to look forward to. For a distillation of all that’s wrong with Silicon Valley CEO culture, it’s hard to top Bad Blood, Wall Street Journal reporter John Carreyrou’s devastating account of her rise and fall.

Unless and until the Valley takes an honest look at itself, its leaders own up to their own failings and they accept accountability for the consequences of their actions, we might as well resign ourselves to an endless parade of CEOs behaving badly.

Rich Jaroslovsky is vice president of SmartNews Inc. in San Francisco. Reach him at richj@observer.com or @RichJaro on Twitter. 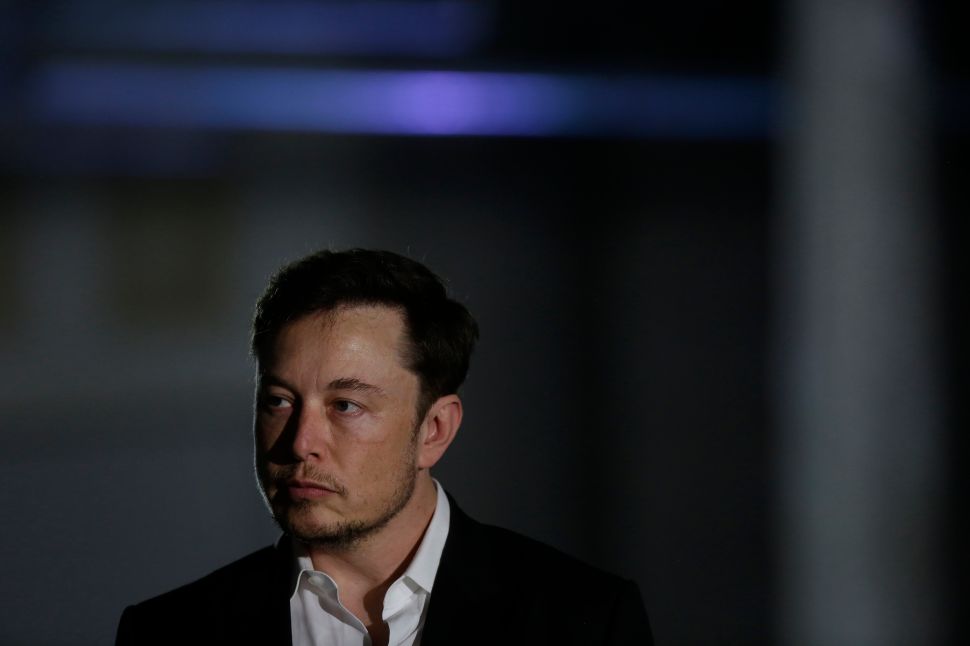