You can make a pretty convincing argument that Dwayne “The Rock” Johnson is the biggest movie star on the planet. And by biggest, I mean both physically and in terms of his box office prowess. Will Smith hasn’t made a real hit in more than a decade; Jennifer Lawrence is in the midst of a mini-slump; and contrary to popular belief, no nefarious foreign production company held Matt Damon’s children hostage in order to force him to star in The Great Wall. Johnson stands alone.

He’ll look to continue his impressive blockbuster streak this weekend with the release of Skyscraper, in which Johnson plays a former FBI hostage rescue team leader and U.S. war veteran-turned-security expert. If that sounds a bit, well, ridiculous, it’s because it is. Johnson’s entire film career is built on transforming ridiculous concepts and characters into kick-ass models of American ass-kickery. To my knowledge, he’s the only actor to play both the Tooth Fairy and approximately 387 variations of a cop. That’s called range, people. That’s called versatility.

Below, I have attempted to rank his many roles based on the sheer ridiculousness of his character. This is very, very serious.

Johnson’s Hobbs was introduced into the Fast and Furious franchise during its fifth installment like a shot of performance enhancing drugs into the buttocks of a desperate baseball player. The role required him to be buff, relatively stoic and cheeky in small doses. Mission accomplished.

Forgetting for a moment that the United States government rarely greenlights federal agents to wreak havoc and cause destruction in multiple countries throughout the world with zero ramifications, this role isn’t all that ridiculous. It’s just his most popular take on a cop.

To give you an idea of how fucking ridiculous the Doom movie was, here’s the first line of its Wikipedia description: “In the year 2026, a portal to an ancient city on Mars is discovered in the Nevada desert.”

This movie came at a time when Channing Tatum was still a bigger movie star than The Rock. How innocent and naive we all were.

In G.I. Joe: Retaliation, Johnson plays a character named Roadblock. That is an apt name for a human being with the size and mass of Dwayne Johnson. Thus, this is less ridiculous than the others. Somehow.

The Rock is far too big and too muscular to be an effective lifeguard, a position that requires a fluid swimming motion and quick and easy strokes in the . I’ve made it a point in my life not to doubt The Rock’s ability to do anything, but I question his ability to save me from drowning in a timely manner compared to a more physically appropriate lifeguard. That’s not to say I would deny The Rock’s help should I find myself in an aquatic-based emergency.

I call shenanigans on this beach cop.

Primatology is the scientific study of primates. Primatologists study both living and extinct primates in their natural habitats and in laboratories by conducting field studies and experiments in order to understand aspects of their evolution and behavior.

How in the hell did Johnson’s Davis Okoye have time to get his degree in this field while also serving in the U.S. Army Special Forces and as a member of an elite anti-poaching unit? Nothing about this makes any friggin’ sense but damned if I don’t love it.

Pacific Rim may be a cooler giant fighting monsters movie than Rampage, but does it have someone riding a broken helicopter down a collapsing building without suffering any major injury, while a genetically modified wolf, alligator and gorilla team up to destroy an entire city as a global conglomerate attempts a massive cover-up? I didn’t think so.

Johnson as a quarterback? Please. Everyone knows he’s built like a defensive lineman.

There’s a reason Johnson switched up his agents and publicists shortly after The Tooth Fairy, saying at the time:

“I was told that I had to conform to a standard in Hollywood that would beget me more work, better roles. Which meant I had to stop going to the gym, which meant I couldn’t be as big, which meant you had to distance yourself from wrestling. You essentially had to deconstruct yourself.”

That’s because prancing around in silk pajamas with a pair of wings is a criminal waste of Johnson’s natural charisma and forceful personality. He should never be stuck in mindless kid-oriented fare; he should be gleefully leading bonkers action comedies where shit blows up and the hero drops devastating one-liners.

The Mummy Returns: The Scorpion King

The Rock made his big screen debut in The Mummy Returns as the Scorpion King, a god-like half-man, half-scorpion (who was king). He basically shows up at the end of the movie to kick some ass as a god-awful CGI Frankenstein monster for two and a half minutes.

The Scorpion King was a monumentally important milestone in Johnson’s career as it was his first big screen starring role. It proved to Hollywood studios that the buff wrestler could hold his own as a franchise lead.

Sadly, his Mummy spinoff turned the murderous predatory arachnid monarch into your standard, cookie-cutter, good guy hero. Lame. And at no point throughout The Scorpion King‘s 82-minute run time does Johnson ever become a half-man, half scorpion. Double lame. 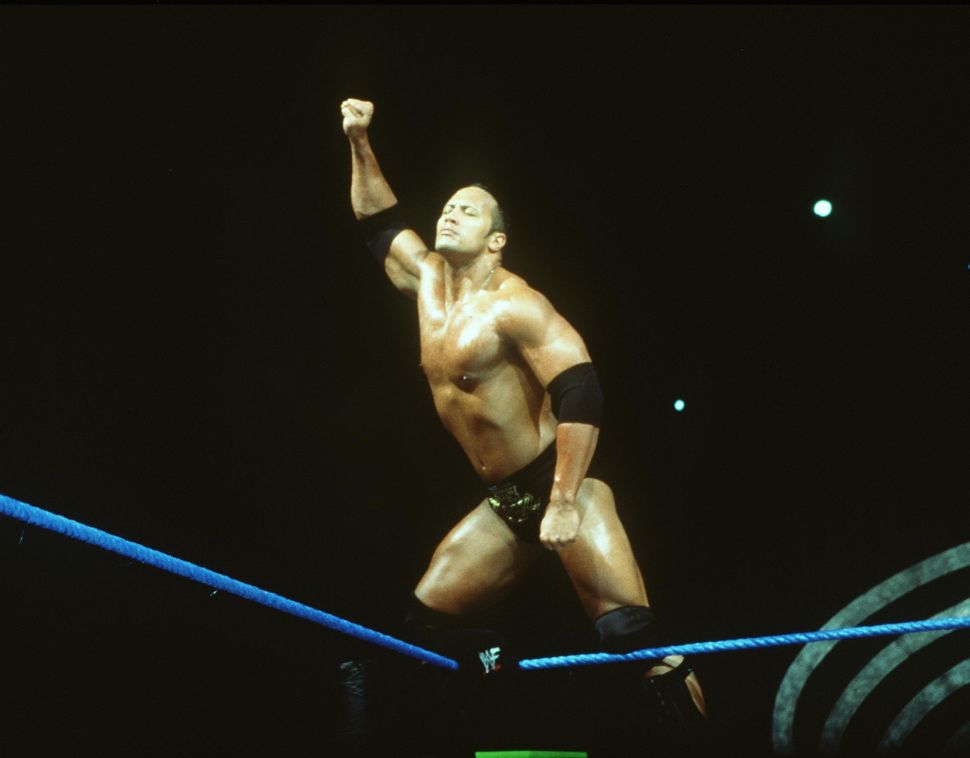