As Hollywood stars age, it can become more difficult to remain relevant in the industry. Sometimes that’s a result of their own doing and sometimes it’s simply because there just aren’t that many roles for people 50 or older (it’s far worse for women). Hollywood is built on vibrant sex appeal and near-retirement age leads can’t always sell as many tickets as the hot up-and-coming twentysomethings.

But over the last decade, a new sub-genre of film has emerged that has given extended life to aging actors: the Old Man Action Movie. This very phenomenon will continue this weekend with the release of Denzel Washington’s Equalizer 2.

You could argue that the Old Man Action Movie first gained cultural relevancy when Roger Moore played James Bond while pushing 60 in the 1980s. But the backlash to that was so great that it effectively iced the 007 franchise for years until it was rebooted with Pierce Brosnan. Box office dollars rule the day and audiences weren’t quite ready to accept “grandpa” kicking ass just yet.

It wasn’t until 2008 when a 55-year-old Liam Neeson showcased his “particular set of skills” in Taken that a viable new career extension emerged for aging stars. Taken is a fun time with slick action, a bare knuckle “you kidnapped the wrong daughter” rescue-revenge story in which a shit load of people get shot in the head. It may not have fared well with critics (58 percent on Rotten Tomatoes), but it was a hit with audiences.

Taken earned $227 million worldwide off a small $25 million budget and spawned two sequels. It also kickstarted a lucrative run of enjoyable-enough brainless action flicks for Neeson, who has spent his 50s and 60s running after bad guys and firing all manner of weapons on a variety of different commercial travel vessels. Taken 3 ($326 million), Non-Stop ($223 million) and The Commuter ($120 million) all made money and kept Neeson relevant in Hollywood.

It’s a strategy that has now been deployed by a handful of actors that are no longer hitting the clubs until the wee hours. The formula is simple: find a passable script, imbue it with impressive action set pieces and fight scenes and market it squarely to the adult male crowd. As the mid-budget earth-bound story gets squeezed out of existence by the onslaught of superhero and dinosaur franchises, the Old Man Action Movie has emerged as a throwback to a simpler time. A time when people paid money to watch a big star break someone else’s clavicle.

Sixty-four-year-old Jackie Chan (The Foreigner), 63-year-old Bruce Willis (Die Hard movies), 63-year-old Denzel Washington (The Equalizer) and 72-year-old Sylvester Stallone (The Expendables) have all zagged while Hollywood has zigged. Hell, Tom Cruise, 55, has basically made it his sole mission in life to appear in every action blockbuster of the last decade. As the name of the franchise brand has become more important than the name of the lead, these guys are holding on with old school concepts.

And you know what? It’s all harmless fun.

As major tentpoles can now be launched in any month—Deadpool and Black Panther shattered February records, while It gave September a lucrative makeover—these types of films have morphed into catch-your-breath timeouts in between the next Marvel and Star Wars blockbusters. Yes, most of these movies are admittedly dumb and don’t hold much cinematic merit. But they’re fun and easy; you don’t have to be caught up on 18 films worth of interconnected story or 40 years of continuity to understand them. You just have to sit back and wolf down popcorn while explosions erupt every two scenes.

That doesn’t sound so bad, does it?

By all accounts, Washington’s Equalizer 2 is not a very good movie. But it doesn’t really matter. These films aren’t designed to be auteur-driven classics like Mission: Impossible. They’re meant to be relatively inexpensive productions that earn a tidy little profit and keep our Baby Boomer stars chugging along for one more movie. In an era with vitriolic fan bases, where someone on Twitter today said they hope I get cancer, these non-threatening, mind-numbing Old Man Action Movies might just be exactly what we need.

How long until Equalizer 3? 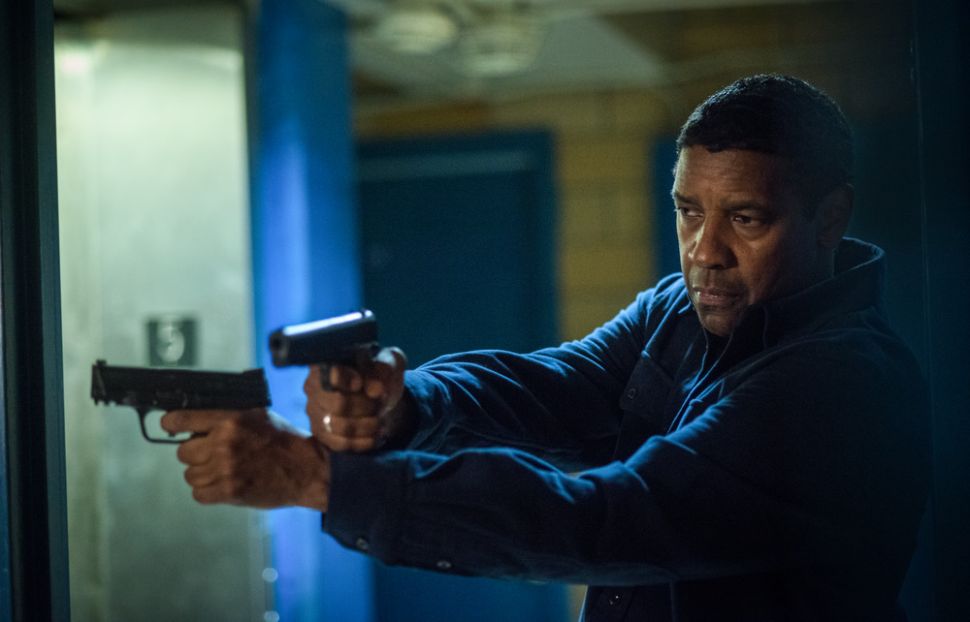