HBO, the leader in premium programming over the last 20 years and the reason you and your partner have something to talk about on Sunday nights, finds itself at a precarious position in the television arms race. With the rise of Netflix (and large over-the-top streaming services in general), HBO’s dominant stranglehold on the industry is threatened.

The deep-pocketed streamer is waging a war for its audience. Yet at the same time, HBO has managed to maintain its subscriber base during Netflix’s rapid ascension over the last five years thanks to the growing international popularity of Game of Thrones and its steady stable of complimentary hits. It isn’t in any imminent danger, but like all entertainment entities, it is on pace to be surpassed by Netflix.

What is a premium cable channel to do?

Back in April, before AT&T’s acquisition of Time Warner (which owns HBO) was approved, HBO president of programming Casey Bloys gave the impression that the network wasn’t necessarily trying to compete with Netflix. Following the streamer’s massive deals for Shonda Rhimes and Ryan Murphy, Bloys said those kinds of moves “don’t make sense for us because we’re not in the volume business.” While he admitted that Netflix’s rise has forced entertainment outlets to “adjust to the marketplace,” there was no indication that HBO was going to radically change its modus operandi.

But according to remarks obtained by The New York Times made by WarnerMedia head John Stankey at a June 19 employee town hall, that’s no longer the case.

Stankey warned employees that HBO faces a “tough year” as it works to “alter and change direction a bit.” He wants to see the premium cable network “get bigger and broader” in order to lock horns with Netflix. But why would HBO, which still holds a narrow edge over Netflix in worldwide subscribers, want to poke the bear?

Facing the Realities of the Modern Marketplace

“It really isn’t about broadcast or mass audience ‘reach’ in today’s market to be competitive. It’s all about audience engagement,” Jim Fosina, CEO of Fosina Marketing Group, told Observer. “HBO needs to look at its programming schedule and content and understand clearly whether this programming is truly engaging the audience, keeping them engaged throughout the vast majority of its content. Regardless of the size of the content provider—Hulu, Netflix, AT&T, etc.—the real measure of winners and losers in this game will be those that can fill each hour of programming with the richest and most engaging viewer content.”

HBO has been a consistent profit-generator for Time Warner with annual revenue hovering around $6 billion (it’s all that Lannister gold) and a mountain of yearly Emmy statues. It boasts the most popular show in the world, Game of Thrones, and has set itself up nicely with a female-fronted future thanks to Westworld, Big Little Lies, Sharp Objects and Insecure. But the current entertainment marketplace demands scale and growth—that’s why AT&T gobbled up Time Warner and that’s why Disney and Comcast are chomping at the bit for Fox. In the long term, maintaining the status quo may not be a viable approach, which is perhaps why Stankey is pushing for expansion now.

Fosina is right to highlight the value of audience engagement as it provides platforms with endless viewership analytics. Netflix’s tech team is sitting on a goldmine of data: what viewers watch, how long they watch it for, what type of content they jump from, when they pause, etc. Using that data to serve and promote to an audience enables the streamer to keep them engaged and better tailor its offerings to individualized clusters.

“Netflix is extremely protective of its viewership data to the extent that not even their creative teams understand how many people consume their content,” Sean Cullen, EVP of Product and Technology at Fluent, told Observer. “HBO needs to invest heavily into collecting and utilizing their own data to shape programming strategies.”

HBO is a booming business, but it wants to further monetize its model to ensure longevity. There are enormous risks and potential downsides to such an approach, including losing the network’s prestigious brand quality that its reputation is built upon. Netflix has spent years building out its library in order to offer something for everyone. Conversely, HBO has sold itself as an elitist in the small screen realm, right down to their tagline, “It’s not TV. It’s HBO.” But this shifting scale in programming is arguably what it means to adjust to the marketplace in the wake of Netflix’s thundering momentum. It’s why Amazon’s Jeff Bezos has instructed his streamer to find the next Game of Thrones and why the platform is investing roughly $1 billion into its Lord of the Rings adaptation.

“Years ago, Netflix stated that their goal was to become HBO faster than HBO could become Netflix,” Cullen said. “Obviously, they’ve been extremely successful. Now, HBO must become Netflix by focusing on its SVOD service rather than traditional cable distribution, owning the relationship with consumers to better understand preferences and behavior, and greatly ramping up the amount of original content produced.”

How can HBO do this?

Per the Times, Stankey discussed how HBO’s emphasis on premium offerings such as Westworld, which costs roughly $100 million per season, and Big Little Lies may need to change.

“As I step back and think about what’s unique about the brand and where it needs to go, there’s got to be a little more depth to it, there’s got to be more frequent engagement,” Stankey said, according to the outlet. That includes a potential “stepped-up investment” in its content budget.

As things stand now, HBO spends upwards of $2 billion on content annually. By the end of 2018, Netflix may have spent $13 billion. You can see why there might be concern on the part of the new owners despite the network’s success.

HBO CEO Richard Plepler, who also spoke in the town hall, summed it up when he basically said that the strategy HBO has employed to date “is not going to be sustainable going forward.”

So what does this mean for the consumer?

“For the potential subscriber, there is much to gain in this battle over which provider has the richest, most enticing, exciting and engaging content as each provider will battle to be the best of the rest,” Fosina said. “Expect that HBO will do much more in exclusive live programming of an array of different events, so as to attract the marketable audience engagement it takes to win.”

Before ESPN snapped up the television rights to UFC, I argued that Netflix should get involved in the bidding war. Exclusive live events can draw massive audiences, and they remain one of the last premiere vestiges of traditional television. It’s possible we could see HBO further muscle its way into this arena, beyond its current sports divisions, under the aggressive new management. On the scripted side of things, HBO may be looking to strike the perfect balance between hyper-focus and mainstream popularity.

“Broad doesn’t mean that HBO will make the limited amount of series produced every year more mass-market, but rather producing content targeted towards many, many consumer niches,” Cullen explained. With several Game of Thrones spinoffs in the works, HBO should theoretically maintain at least one massive broad appeal blockbuster hit on its roster moving forward. Elsewhere, the network has proven to be a talented tastemaker able to generate buzz and acclaim throughout its lineup. The infrastructure already in place will help HBO as it scales up its output, though it may never be able to match Netflix in terms of raw numbers.

“Content will drive this entertainment equation, and HBO’s leadership lot has an exquisite taste impeded by a dwindling war chest,” Eric Schiffer, CEO of the Patriarch Organization and chairman of Reputation Management Consultants, told Observer.

He continued: “HBO has a unique, high-quality, emotionally-charged product. It can scale 2 to 3X output without sacrificing brand integrity. But, transforming into a Netflix ‘slayer’ suddenly will mean massive means, an investment unlikely to come in the scale needed to be a serious competitive threat, but it could still help HBO compete far better.”

Prior to the in-development Game of Thrones spinoffs, HBO had never built a new series out of an existing brand. But Schiffer suggests that’s a route the cable network could now take rather than try to match Netflix’s sheer volume. We’re already getting a prequel movie to The Sopranos, and HBO’s willingness to order new seasons for limited series such as Big Little Lies and potentially The Night Of suggests that they want to milk their successes even further.

That’s great for building small screen franchises, but it comes with creative risks. There was seemingly little room for the story concerning the ladies of Monterey, California, to continue following last year’s Big Little Lies finale. Yet thanks to big ratings, HBO decided to forge ahead anyway—and recruit Meryl Streep in the process—for a second go around. Only time will tell if the show’s quality will suffer as a result of a needless extension.

Stankey is right to warn of tough times ahead; you don’t become a quality superstore overnight. There are going to be growing pains and missteps, but better to suffer them now and learn, rather than be caught behind the ball later on. There’s a reason Netflix is valued higher than Disney at the moment by Wall Street. Game plans to counteract such growing influence need to be put into effect and it looks like HBO, with its infusion of resources from AT&T, is doing just that.

But will they lose themselves in the battle for content supremacy? 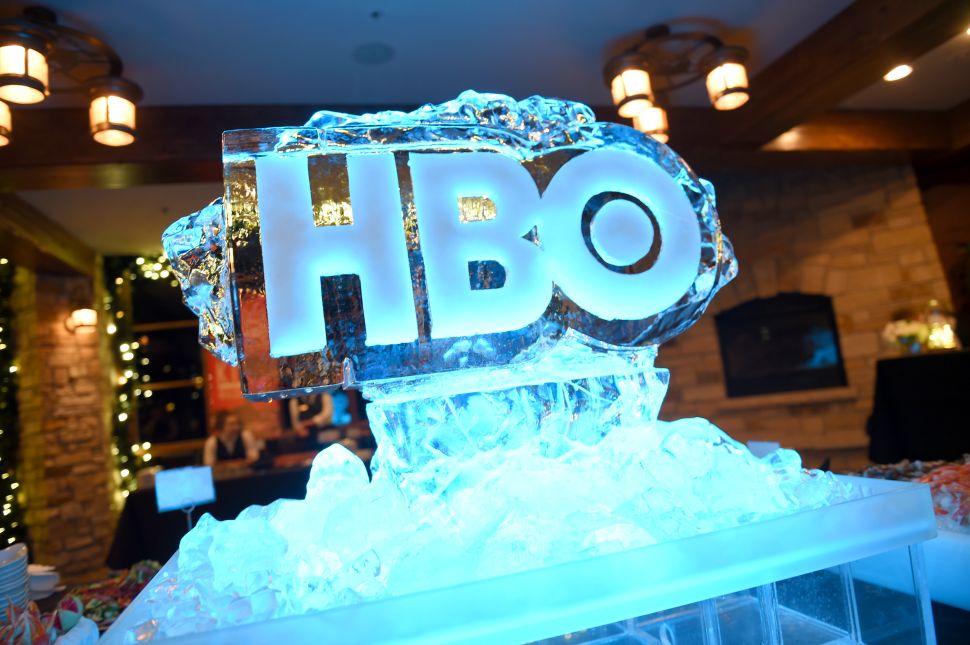