TV shows like Container Wars and Storage Wars are dedicated to investors examining storage containers from a distance and offering serious cash, otherwise blind, to bid on ownership of the contents. Every once in a while there is a jackpot, a Eureka moment that turns a few thousand dollars in to 10 or even a 100 times that amount. So it seemed like a real-life version of this TV farce when, last week, art dealer David Killen told the New York Post he’d found six works by Willem de Kooning in a storage locker in New Jersey he’d just bought for $15,000. Though he’d had a chance to see inside the container, there were about 200 works, many in boxes, and he was told that an auction house had already passed. So Killen said he didn’t think much would come of the purchase.

Among an otherwise unremarkable jumble that once had been property of art conservator Orrin Riley, there were some large boxes labeled “De Kooning.” Inside were six works apparently by one of the most prominent (and highest selling) artists of the Abstract Expressionist movement. De Kooning paintings have sold for as much as $66.3 million. Here were six, not to mention what appeared to be a nice painting by Paul Klee.

This was the sort of once in a lifetime moment that blind bidders can only dream of. In 2006, a painting by fellow abstract expressionist, Jackson Pollock, was bought at a thrift store for $5. It was later valued at $50 million. At a yard sale at a Louisiana trailer park, a woman bought what looked like a Picasso for $2. It was valued at $2 million, but was handed over to the FBI, as it looked like a work registered as having been stolen. As recently as 1958, Leonardo’s Salvator Mundi, thought then to be a 19th century pastiche, sold for 45 GBP. It is now the world’s most expensive artwork, bought for the Louvre Abu Dhabi for $450.3 million.

So there are precedents for stumbling on lost masterpieces that can make your fortune, and Killen already has plans to auction them off at his eponymous Manhattan gallery over the next six months. But how will potential buyers determine whether these de Koonings are really, well, de Koonings?

In this case, all evidence points to their authenticity, but shifting their value from the thousands into the millions requires a careful process.

They were found in a box labelled “de Kooning,” but they are not signed. That said, a signature is not really proof of anything, since signatures are among the least-reliable ways to authenticate an artwork—works were not regularly signed until the 19th century, and signatures can be far more easily be forged than a whole artwork. Then where to turn to authenticate these paintings, and possibly transform a $15,000 storage locker into a bonanza worth tens of millions?

In the world of art authentication, there are three main categories to which hopeful owners may turn.

The first is connoisseurship, which is an intrinsic knowledge of an artist’s work that is possessed by a handful of renowned experts specializing in that artist. The problem with this is that it is always a matter of opinion, even if that opinion is well-educated. You can often find experts with equally impressive pedigrees who cannot agree on certain works. Connoisseurship has long been the default way to authenticate art, dating back for as long as art has had sale value, but there are too many slips between cup and lip for it to feel like a failsafe.

There is also the possibility of conflicts of interests, and clever forgers and confidence men have figured out ways to hoodwink even established experts. Consider, for example, the famous case of Han Van Meegeren who, in the 1940s, forged paintings by Vermeer that did not look anything like any paintings anyone had ever seen by Vermeer, but which appeared to fulfill a hypothesis of a lost early period of Vermeer’s work that Abraham Bredius, the world’s leading Vermeer scholar, had theorized.

It was a trap set by Van Meegeren for one man to fall into, but that one man happened to be the world’s premiere Vermeer expert. When Bredius thought that he had found a painting that finally made plastic his controversial theory, he leaped upon it with enthusiasm and refused to back down from his estimation that not only was this a Vermeer, and not a forgery or derivative work, but it was one of the finest Vermeers he had ever seen. Experts can and do err with nerve-wracking frequency.

The other two categories for authentication are provenance research and forensic testing. Forensic testing is very good at spotting anachronisms that may appear in a work of art that suggest that it cannot be from the appropriate period (for instance, forger Wolfgang Beltracchi was caught when he used Titanium White paint in a work that predated the invention of that paint). However, forensics are very bad at indicating authorship, helping to show only the period in which a work was made, not the hand that made it.

Forensics, in the case of recent artworks like those by De Kooning, are not as useful. A work made in the 1950s or 60s would be simple to forge, in material terms, because it is easy to get canvas and paints from just a few decades ago. This means that scientific testing is unlikely to be particularly revelatory, aside from the hope that perhaps a De Kooning fingerprint might be found on the work, for example.

And so we turn to provenance research, which looks at the documented history of an object to see if there is a historical record of an object that could match the description of what has recently been found. This hopefully-a-de Kooning discovery is new enough that provenance research has not been made public. But the first stop would be to look at de Kooning’s catalogue raisonné, which seeks to be the definitive encyclopedia of all of an artist’s work, lost and accounted for.

There might be references in a diary or a contract or a letter or an image in the background of a photograph that references these lost works and gives credence that they might be authentic, because they fit into the biography of the artist. In this case, The Willem de Kooning Foundation, which monitors the artist’s legacy, does not offer an authentication service, so David Killen turned to the opinion of a connoisseur. He hired Lawrence Castagna, a specialist who knew de Kooning and his wife, and who is, theoretically, in as good a position as any to determine authenticity, based on the look and the vibe that these objects give off.

If that sounds rather unscientific, it’s because it is. Art authentication is rarely an exact science, particularly in that almost mystical realm of connoisseurship, of one expert claiming to know their field so well that they could distinguish authorship simply by looking at something. More often than not, this is in fact the case, and experts prove their mettle. But they can also be fooled, as I chronicled with frequency in my recent book, The Art of Forgery. However, my more recent book, The Museum of Lost Art, is the story of numerous works once lost but almost miraculously found again. So for every handful of questionable discoveries, like a lost “Michelangelo” crucifix that almost no experts thought was by Michelangelo, there are a few true rediscoveries of once-lost works, sometimes even masterpieces, that offer hope in situations such as this one.

Castagna has claimed that the paintings are, beyond doubt, by de Kooning. The story of the storage locker and its owners seems to fit well enough, in terms of potential provenance, to make this possible. So far, it looks as though David Killen has truly hit the jackpot. It almost makes me want to start watching TV shows about people bidding on storage containers. Almost… 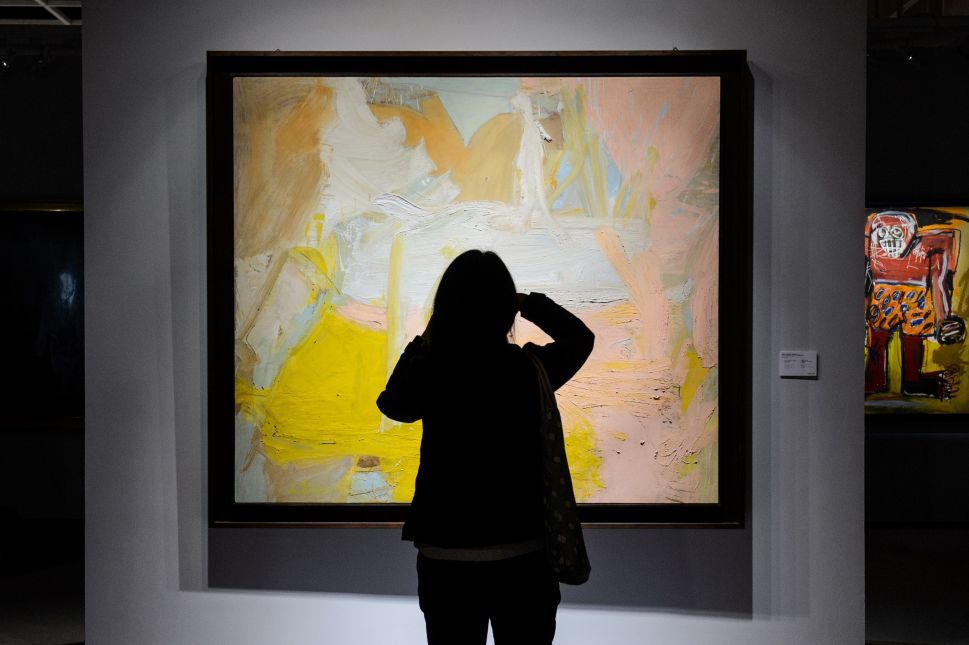