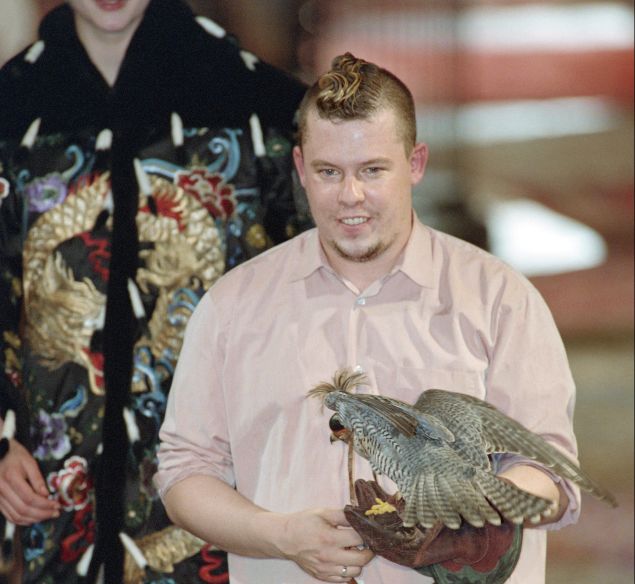 Lee Alexander McQueen carries a falcon as he acknowledges at the end of the Givenchy 1997/98 Fall/Winter high fashion collection in Paris. PIERRE VERDY/AFP/Getty Images

Nearly a decade since his tragic death at age 40, the spectre of Alexander McQueen—one of fashion’s most indomitable and original figures—still looms large. That’s especially true in his native England, where directors Ian Bonhôte and Peter Ettedgui first began piecing together the intricate puzzle that became their elegant, poignant new documentary, McQueen. “Just being there, we realized how present he was and how much he touched people, and because his passing is still so close, there’s still such raw emotions over there,” said Ettedgui.

Emotions are so raw in fact, that they struggled to get McQueen’s family and those in his inner circle to talk to them. So, like any good detectives, Bonhôte and Ettedgui cast a wider net. They tracked down former classmates from his days at the renowned Central St. Martin’s art college and spoke to colleagues from his brief but influential reign as Givenchy’s renegade creative director. They poured over hundreds of hours of extensive archival footage, both from McQueen’s early shows and from rare interviews with the man himself. What emerges is an intimate and sprawling portrait of a tortured artist, whose breakneck ascent a top the pop culture landscape was matched only by his sudden downfall. Here’s Ettedgui and Bonhôte on their painstaking process, the emotional weight they carried, and McQueen’s enduring legacy.

Did you encounter anyone who was simply unwilling to talk to you?

Peter Ettedgui: Everyone was unwilling to speak to us.

How did you overcome that?

PE: Lots of phone calls, emails—sometimes we’d get to the end of the line with them and say “We’re really, really sorry, it isn’t going to work out after all,” and they’d say “No! No! No! We’ll do it.”

Ian Bonhôte: Some people we contacted at the beginning just said “no” right away. And then we interviewed one person, and that person would introduce us to someone else and so on. It seemed like once we started filming, people started to get the sense that “O.K., these two guys are alright. They’ve got good intentions.” I think because of the nature of Lee’s life, there’s been quite a lot of material coming out that’s a bit more tabloid-style, very sensationalistic and easy to do. People are worried, and they need to trust you to want to talk to you. 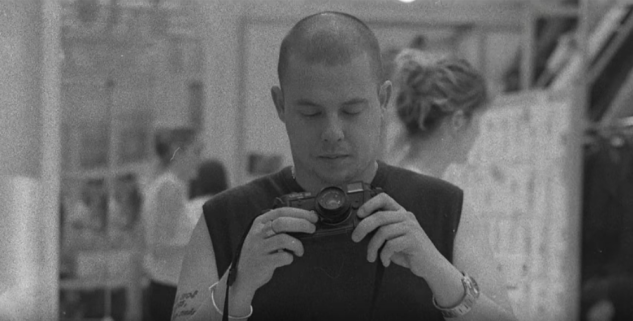 An image of Lee Alexander McQueen as seen in the documentary, McQueen. Bleeker Street/Youtube

What was your primary objective in making this documentary?

PE: McQueen said, “If you want to know me, look at my work. My shows are autobiographical.” So we said “Let’s take him at his word. Let’s try and tell his entire story by looking at his shows.” So we found shows that may not be the most obvious McQueen iconic shows. We wanted to focus on his earlier shows because they were so fun and subversive, and we knew we needed to have that because later in the film it does get much darker, and we wanted to take the audience on a journey. So when we get to the darkness, we want it to be doubly effective or upsetting because by then, you’ve fallen in love with this guy. 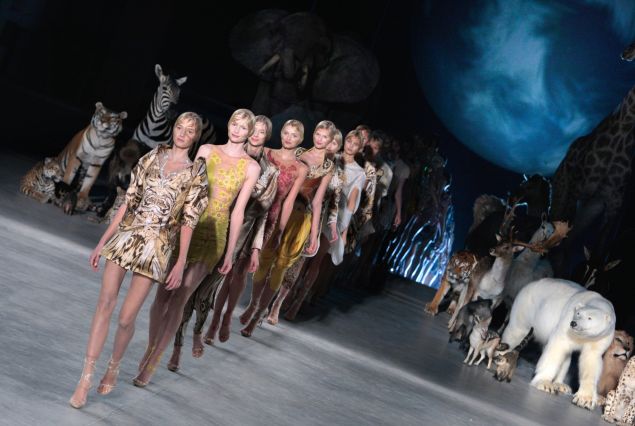 IB: We are fully aware that some people will say “You should’ve done more about this show, or you should have included that moment,” but we felt that this was the best way to just get people to travel with both us and Lee.

PB: Everyone expects us to answer the question “What happened? Why did this guy take his life at the peak of his powers?” But for us, the much more interesting question was, how did he get from being this East End kid working in the corner of someone’s studio with a sewing machine listening to Sinead O’Connor—someone you would never expect to succeed in this world—and 10 years later he is the great star of this world? How did that happen?

While making the film, were you ever struck by the enormity of the loss, or by the idea of what could have been if he were still alive?

PB: There’s a strange sort of phenomenon that when you’re making the film, he’s there. He’s present. He’s with you all the time. You’re looking at his photographs and hearing his voice every single day. And then it’s more towards the end, as you’re closing the project, that you feel it. Ian said it when we were coming out of the premiere that he just misses him. Meanwhile, I was having dreams a few weeks back where I was with him and I was trying to stop him from doing what I knew he was going to do. He gets under your skin. 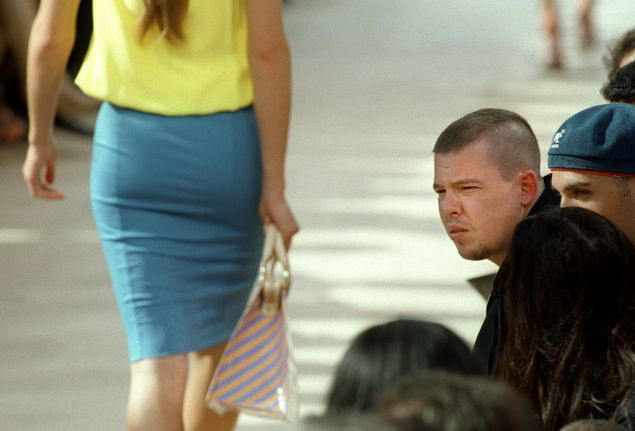 IB: I had never met him and I feel quite honored to have done the film because he’s a genius. In fashion, you tend to just predict next season. But I think Lee shifted entire tastes. If you talk in terms of silhouettes, Coco Chanel, Yves Saint Laurent and a lot of the greats have invented one, two, three silhouettes. When you look at Lee, he’s invented three, four, and even five silhouettes. All of pop culture and the way of dressing, he kept on hammering stuff that nobody understood, and suddenly the entire world was wearing low-rise jeans.

PE: I don’t want to be opportunist, but even something like #TimesUp…fashion at the time that Lee came into it was all about making women look beautiful, seducible, and McQueen said I don’t want to make clothes that the men buy for the women. I want the women to go out there and buy my clothes because that makes them feel empowered.

IB: I personally loved that he mixed in S&M with his clothing. Instead of keeping it in the bedroom, he brought it to the forefront and made you feel powerful. He also made clothes look like armor, which is the classic McQueen silhouette. Every time you put them on you couldn’t feel another way. You felt powerful and strong, and that’s a big, big thing. You change how you approach your own life. 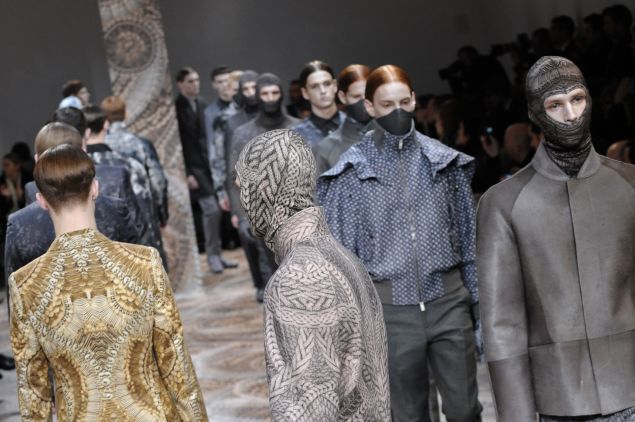 PE: He hated people wearing only McQueen. He didn’t have an obsession with branding and that’s another lovely thing about him. In one of the audiotapes we uncovered, he asked the interviewer: “Oh, what do you call it when you have a sign, like the Nike Swoosh?” And the interviewer said “Oh, do you mean a logo?” and he said “Yes! A logo!’ It just made you aware that this was a different guy. Nowadays it would be inconceivable that a fashion designer didn’t know what a logo was.

IB: If he saw one of his shirts that had his name scrawled across the front, it would absolutely kill him. There’s that famous anecdote of his skull scarf that became a bestseller. Every year he was pushed to do it again and he couldn’t bear to do it because it became cheap enough for people to get McQueen. 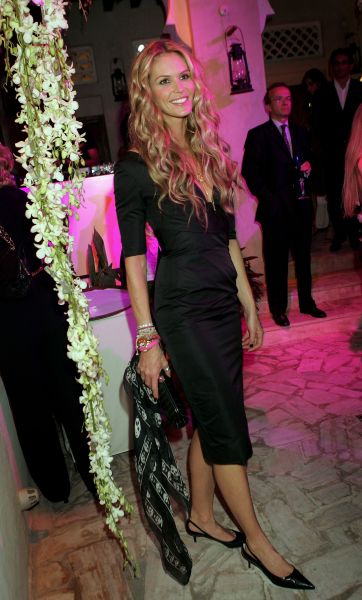 What did you learn about him that you didn’t know before?

PE: When he was doing his apprenticeship at 16 and 17, all those people that he was working for, their businesses collapsed. But he was observing what was going on. When he started, he didn’t produce clothes, he did these shows to get attention, which is completely counterintuitive, until you realize that John Galliano is going bankrupt every five minutes. He [McQueen] was wearing cheap clothes and trackies and trainers. He didn’t buy luxury, he put every penny back into that business. 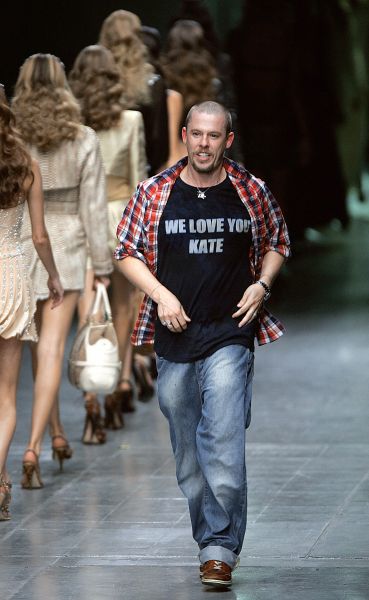 Lee Alexander McQueen at the end of his show during the Spring/Summer 2006 Ready-to-Wear collections in Paris. FRANCOIS GUILLOT/AFP/Getty Images

IB: What I found so fascinating about him was that he was not only a creative genius, but if you really look at his life, he was a kick ass business man and he always pretended not to be. At 27 he got paid huge amounts of money to take his house to Paris, but instead of using his money to enjoy himself, he used his money to carry on his label, and for four years he put a lot of his own money into his own business. That’s sharp. At 30, he sold 50 percent of his company to Gucci for a lot of money. For someone who dropped out of school and is the son of a cabbie it’s remarkable.

PE: For such a controversial divisive figure who had this very, very dark side, one of the things that struck me was the extent to which he was loved, and the extent to which he is missed. It sounds so corny but it’s so true. The first interview we did was with an old friend of his who went to school Central St. Martins. She went and had a really conventional life and he went on to become Alexander McQueen. When we asked her how she heard the news that he died she just dissolved on set. The memories of him started flooding back and she was crying and we were crying and at that point we realized that was strength of emotion and love that he provoked in people. 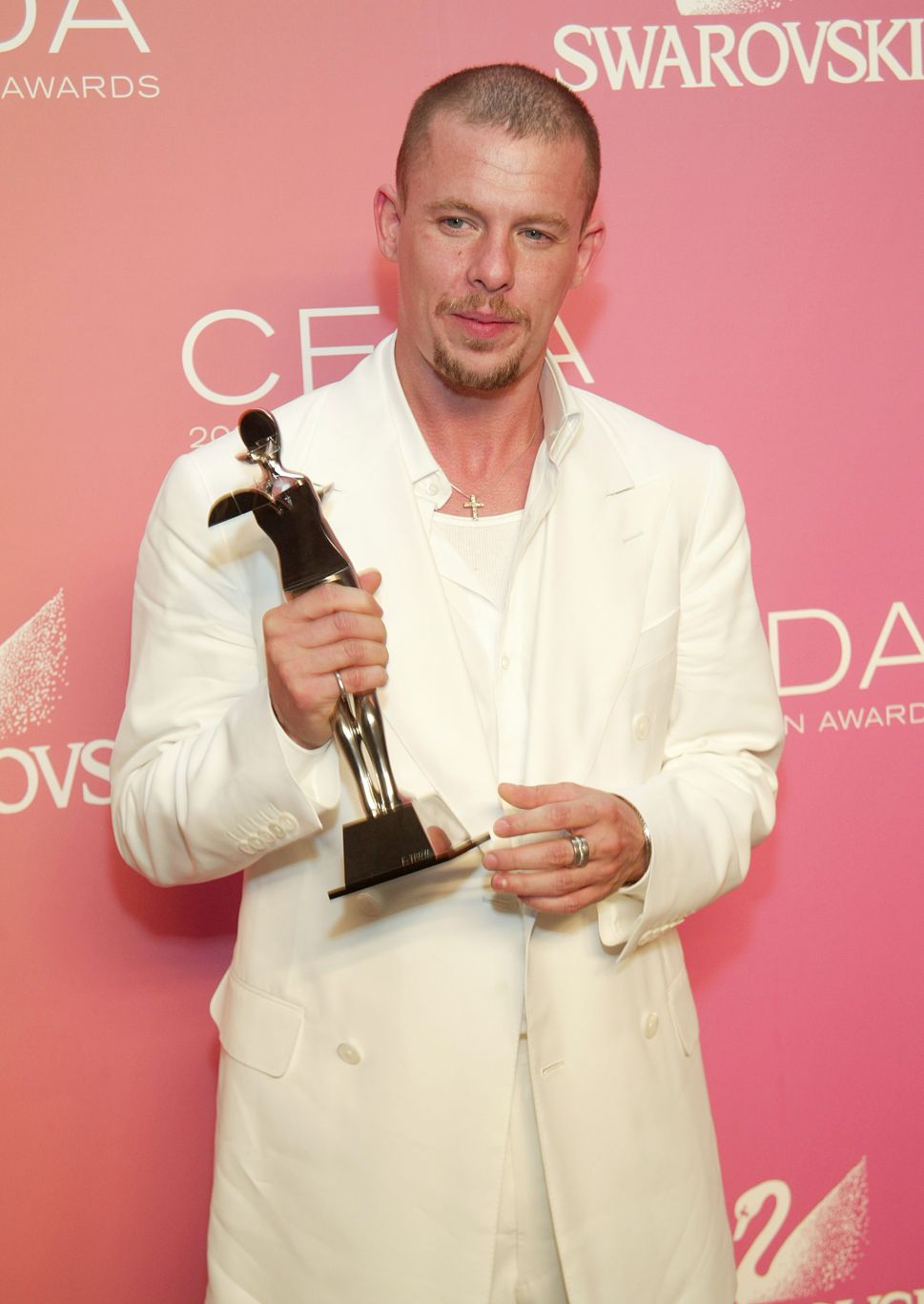