For the 17th feature film in what is perhaps the strangest and most disjointed filmography of any major American filmmaker, Don’t Worry, He Won’t Get Far on Foot makes a gentle and largely successful return to familiar territory for Gus Van Sant.

Once again he tells the story of a 1970s Pacific Northwest ne’er-do-well and his oddball friends; he also reteams with Joaquin Phoenix, an actor with whom he had a notable early success with 1995’s To Die For. It’s been nearly three decades since 1989’s seminal Drugstore Cowboy, and Van Sant has taken on the wisdom of those years. At its core, Don’t Worry, He Won’t Get Far on Foot is a detailed examination—and heartfelt valentine to—the process of recovery in its most classical form: the 12-step program.

But for Van Sant, who wrote the script based on the memoir of the cartoonist John Callahan, the film also serves as a love letter to two vanishing entities that played crucial roles in his life: the scuzzy Portland, Oregon of the ’70s and ’80s and alternative and independent media, embodied here by the alt weeklies that published Callahan’s crude, off-color and gleefully offensive cartoons. (The title comes from a drawing of a posse of cowboys who come across an empty wheelchair.)

Fittingly for a film about aftermath, you never see the drunk driving accident that severed his spine and left him paralyzed from the diaphragm down at age 21. But you see the moments leading up to it, when Callahan (Phoenix), a drinker since age 11, is on an epic bender with a veritable stranger played by Jack Black. And you see the excruciating results: never one to soft pedal, Callahan called life as a quadriplegic a “carnival of horrors.”

Some of the most poignant material in the film are his years as a drinker following his accident, when just opening a bottle and lifting it to his lips was a nearly impossible ordeal, and the sight of a vodka bottle on a high shelf could induce utter hopelessness. (Callahan addressed this problem in a cartoon showing a guy with prosthetic hooks for hands who’s told by a bartender, “Sorry, Mike, but you can’t hold your liquor.”)

Eventually—although the story is told non-linearly—John finds a recovery group made up by a wonderfully cast group of eccentrics (among them the German actor Udo Kier and former Sonic Youth bassist Kim Gordon). They are in thrall to Donnie, a stardust-sprinkled sobriety teacher played by Jonah Hill, who holds meetings in the grand mansion he inherited from his grandparents. While presented as something like a benign cult leader (he calls his mentees “piglets”), Donnie effectively guides John through the lifelong pain—much of it stemming from being given up for adoption by a mother who appears to him in ghostly form (The Killing‘s Mireille Enos)—that underlies his addiction.

The film is far from perfect. It needs a bit more of Callahan’s acerbic humor, it underuses Rooney Mara as the aide who eventually becomes his love interest, and Hill’s portrayal of a 12-step Jesus, while at times affecting, is noticeably showy. But anchored by a Phoenix performance that is restrained, exacting and produced without a drop of sentiment, Don’t Worry, He Won’t Get Far on Foot is one of the more engrossing examinations of the long yet thrilling slog of recovery, a process that seldom gets its cinematic due. It’s also a movie about that most essential thing in life: finding your people, even when you don’t know who you are yourself. 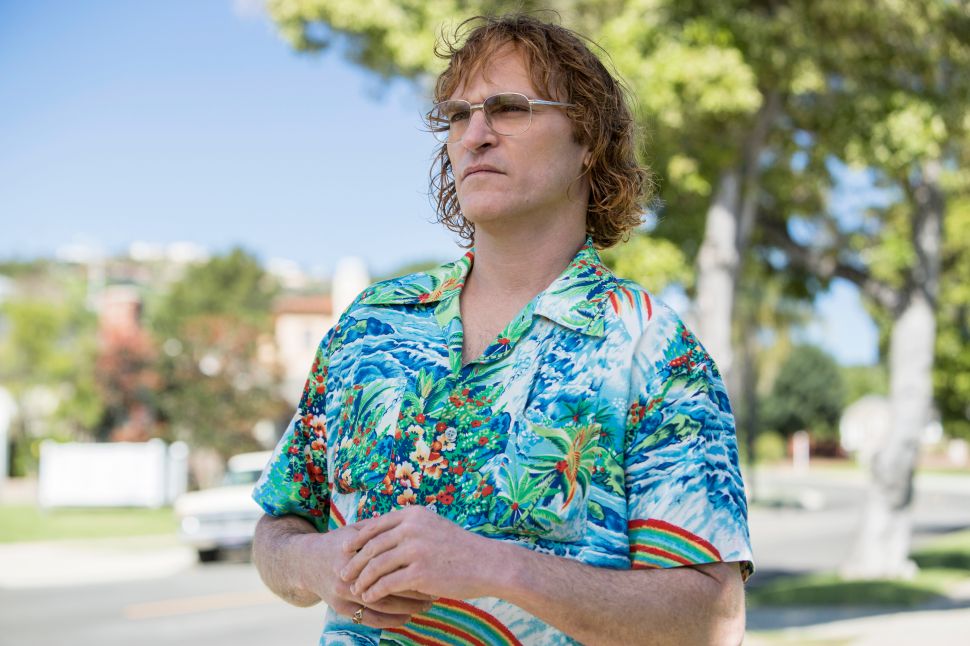