In Wallace Shawn’s 1978 play, Marie and Bruce, a stale relationship’s love appears to have curdled into such massive chunks that, in its first minutes, Marie throws Bruce’s typewriter out the window before fantasizing aloud about his “revolting member” getting chopped off, roasted, and being found by a neighbor’s baby who bites it and contracts an “incurable plague.”

But despite a sea of these vivid vulgarities, despite its seemingly merciless interrogation of bourgeois norms, this play can have a sexy streak. And a poetic one. And a tender one. “You can call someone a ‘c***sucking turd’ in an affectionate way, believe it or not,” Theda Hammel told Observer. Hammel stars as Marie in a new queer reimagining of the play at Brooklyn’s JACK (July 12 – 28), produced by comedian John Early (Search Party’s Elliot), alongside Allie Jane Compton, and directed by Knud Adams (Tin Cat Shoes, The Workshop). Tenderness and emotional and psychological exploration and expansion are a big part not only of what’s evoked in this latest production, in its reconsidered gender dynamics, but also of the process of its creation.

Playing Marie has been a running desire for Hammel, a trans performer, musician and songwriter, since she embodied the role in a self-directed production in college at Sarah Lawrence, prior to transitioning. “I put on a dress and some lipstick and did it without questioning myself,” she said. “This is a quality that I lost later on, this confidence.” She tried to stage it again five years ago, as a director, “but it was too painful to not play Marie.” She added, “So I had to wait until I was more castable I suppose.”

Hammel and Early became close friends during a post-collegiate Brecht production, where they developed an unequivocally theater-nerdy bond, obsessing over things like “Mamet’s Practical Aesthetics…and its flaws,” Early remembered.

That year, in 2011, she took Early to see a revival of Marie and Bruce starring Marisa Tomei and Frank Whaley, but the production left them both feeling disappointed. Regardless, Early saw how “It’s one of those plays built to celebrate its lead actress, it’s like alt-Hello Dolly, Marie’s like better-Martha [from Who’s Afraid of Virginia Woolf].” Now, seven years after they saw Marie and Bruce together, Early half-jokes, “I finally have enough goddamn TV money to make [the play] happen.” (He later qualifies, it’s not that much TV money).

To direct, they brought on Knud Adams, who assisted Shawn and director Andre Gregory on their 2013 production of Grasses of a Thousand Colors. Through Adams, they got the socialist playwright and CGI dinosaur’s enthusiastic blessing to reconsider the character as trans. Adams said, “although Marie and Bruce is one of the great American Classics, I’ve approached this process as if it were brand new and utterly unmined.” Through the “foundational fact of Theda/Marie’s transness,” everything from the structure of the characters’ marriage, to their internal lives, to their social statuses have been re-examined in the process, he explained.

Hammel and Gordon Landenberger (the Bruce to Hammel’s Marie), have also designed the world their couple inhabits: Hammel has done the sound, and Landenberger has conceived the set. Knud Adams has made working with comedians a “hallmark of his work,” and the supporting cast is “rounded out by a coterie of some of Brooklyn’s sharpest and most offbeat comedians [Matt Barats, Peter Mills Weiss, Eudora Peterson, Lorelei Ramirez, and Alexandra Tatarsky], some of whom have never been in a play before,” Adams said. But Early knew it would work, “they’re all comedians who have an overlap with Wallace Shawn; they’re all these people like me, who like to imitate social behavior and the way people posture.”

Early wonders if people may come in expecting from him and a group of performance art-y comedians an “ironic queer takedown of heteronormativity.” Because, in actuality, “there’s no tonal radical queerness; it’s radical in its nuance,” he explained. The production’s depiction of Marie’s transness “and how that choice trickles down throughout the rest of the play, made it a far more sincere production,” said Early. “It’s exposed the play for what it is, which is a very beautiful, loving, sexy play. This creates a safe space for Theda to be in control of how she’s sexualized and talk about her experience as a trans woman sexually.”

Hammel suggests that a less myopic form of theatrical casting should be such a no-brainer. “Plays are very porous objects, full of empty space waiting to be filled with the life experience of many different people,” she said. “Because there is no reason for any given production to be definitive, I see no reason that trans people should not be given a chance to fill in that empty space with our life experience. I mean unless it’s a play where a character has to walk around all the time going ‘I’m a cisgender woman, look at my womb’ etc., why not?” Casting, of course, isn’t the only exclusionary structure in theater; for the performances at JACK, trans people who cannot afford tickets can attend Marie and Bruce for free by emailing marie.bruce.jack@gmail.com.

Early asserted that transphobia, and the limits of the narratives made about trans people, has a role in the fact that Hammel hasn’t become a more widespread name. “People [are] only comfortable engaging trans women in this pious, didactic way,” he said. “Like at worst it’s The Danish Girl, at best it’s a mic.com video where they let a trans person speak directly into the camera and say ‘here’s 10 things you can’t say to me.’ There are a lot of queer people who are ready to see trans women in something a little more complex…more entertaining. [The performance Hammel gives] is star-making, it’ a shocking performance. It’s so thrilling for Theda just to do a f***ing play.”

Clearly in awe of his friend and frequent collaborator, with whom he co-hosted Ars Nova’s Showgasm for years, Early has full confidence in her ability to command an audience. “I’m always shocked by how she can put a crowd of 300 drunk people—who paid to see a comedy show because they saw [me on] Search Party and are like ‘he’s fierce’—on the edges of their seats, with her nuance as a lyricist and singer and performer. People always fall in love with her, and I always marvel at the ways that she’s not a bigger star.” 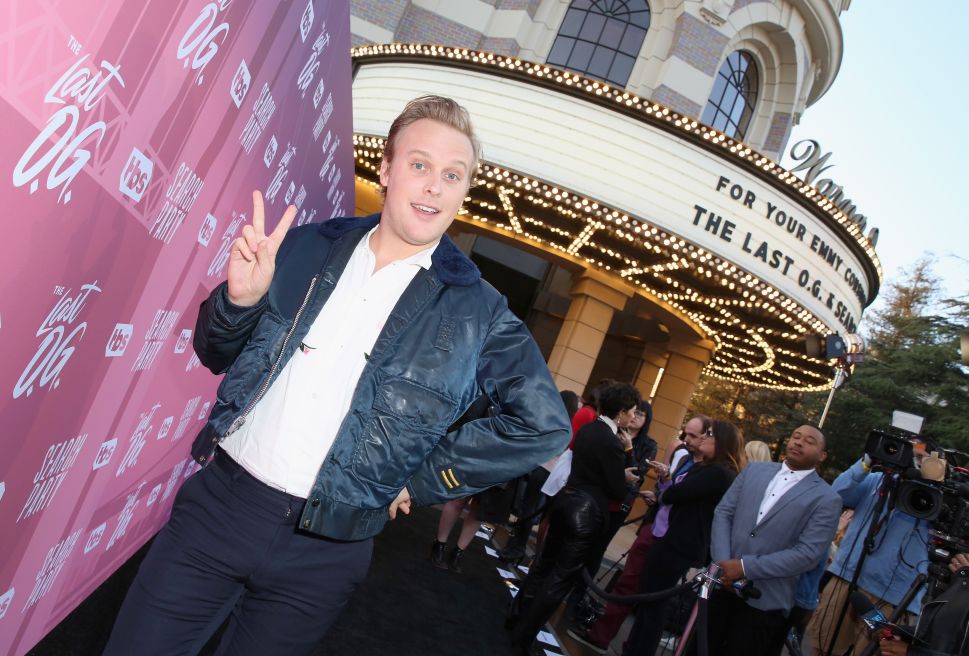