As Republicans and Democrats gear up for battle over the nomination of the next U.S. Supreme Court Justice, the contributions of retiring Justice Anthony Kennedy have been quickly overshadowed. With a reputation as a key “swing” vote, Kennedy played a pivotal role in some of the most significant court decisions of the past several decades.

Nominated by Republican President Ronald Reagan in 1988, Kennedy was quickly confirmed, largely because politicians on both sides of the aisle viewed him as balanced and fair. Kennedy also followed Reagan’s failed nomination of Robert Bork, who was the subject of intense political debate.

Once on the bench, Justice Kennedy quickly gained a reputation for analyzing cases individually, as opposed to relying on a politically ideology. Accordingly, he was frequently the deciding vote in close rulings. Kennedy also often took broad views on both individual and constitutional rights, casting votes that placed restrictions on certain issues, such as free speech and abortion, while still maintaining basic protections.

In Planned Parenthood v. Casey, Justice Kennedy elected not to side with conservatives, but joined a plurality that reaffirmed the right to abortion established in Roe v. Wade. At the same time, Kennedy also wrote the controversial opinion that dramatically weakened campaign finance laws, paving the way for the proliferation of super PACs. According to Kennedy, political spending by corporations is protected speech. He wrote:

“The right of citizens to inquire, to hear, to speak, and to use information to reach consensus is a precondition to enlightened self-government and a necessary means to protect it. The First Amendment ‘has its fullest and most urgent application’ to speech uttered during a campaign for political office.”

Justice Kennedy should also remind us that you can’t judge a book by its cover.

While often siding with conservatives, he also traditionally voted with liberals in cases involving gay rights. In fact, Kennedy arguably did more for gay rights than other government official. He authored the opinion in Romer v. Evans, which invalidated a Colorado law denying homosexuals the right to pursue housing discrimination claims, as well as the opinion in Bowers v. Hardwick, which struck down a law criminalizing sodomy. Most importantly, Kennedy cast the decisive vote in United States v. Windsor, which struck down the Defense of Marriage Act (DOMA), a federal law defining marriage as exclusively between one man and one woman. He wrote:

“No union is more profound than marriage, for it embodies the highest ideals of love, fidelity, devotion, sacrifice, and family. In forming a marital union, two people become something greater than once they were. As some of the petitioners in these cases demonstrate, marriage embodies a love that may endure even past death. It would misunderstand these men and women to say they disrespect the idea of marriage. Their plea is that they do respect it, respect it so deeply that they seek to find its fulfillment for themselves. Their hope is not to be condemned to live in loneliness, excluded from one of civilization’s oldest institutions. They ask for equal dignity in the eyes of the law. The Constitution grants them that right.”

In a court comprised of four liberal judges and four conservatives, the inability to pin down Justice Kennedy on many issues drew the ire of both sides. However, his moderation is his most lasting legacy. 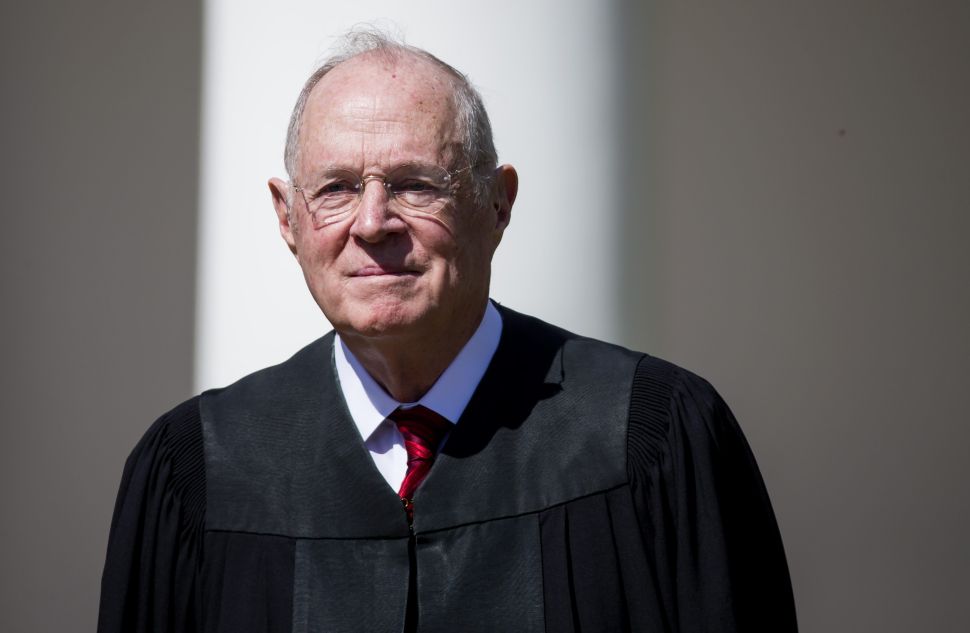