Five days ago, Forbes Magazine put Kylie Jenner on its cover with a bold title on the overlay: America’s Women Billionaires. “At 21, she’s set to be the youngest-ever self-made billionaire. Welcome to the era of extreme fame leverage,” the magazine described her.

Well, she’s not quite there. But almost. Counting Jenner’s wildly successful cosmetics company, Kylie Cosmetics, her reality TV show and various advertising sponsorships, Forbes calculated her net worth at $900 million.

“Kylie Jenner was on the cover of Forbes Magazine today for having a net worth of 900 million dollars, which is heartbreaking. I don’t want to live in a world where Kylie Jenner doesn’t have a billion dollars,” he wrote on the fundraising page.

Believe it or not, the campaign has so far raised $1,883 from 140 donors. And it’s getting a new donation every hour or so.

Most people put in $5 and $10. The largest donation so far, $500, was from someone whose username is a web link to a YouTube channel filled with videos about the Kardashian family.

The Fat Jew, though, hasn’t put in any of his own money yet.

GoFundMe doesn’t have any written policies banning celebrity-related or hoax-sounding campaigns as long as they are legal. Not long ago, fans of Elon Musk started a GoFundMe page to raise $1,000 to buy him a couch after the Tesla CEO said he had been sleeping on the factory floor to make more Model 3 cars. The campaign ended up raising $7,600. In January, GoFundMe OK-ed a campaign started by a millionaire to raise money to pay for his dog’s medical bills.

However, GoFundMe is open to user reports on fraudulent campaigns and misuse of funds. It’s unknown whether the Kylie Jenner campaign has been flagged. GoFundMe hasn’t responded to a request for comment by Observer.

The bulk of Jenner’s fortune is tied in her Kylie Cosmetics, which she fully owns. Since its founding in 2016, the company has sold $630 million of goods, according to Forbes‘ latest data. So, realistically speaking, she could make up for the $100 million gap faster by buying a few extra boxes of eyeshadow palettes from her own company.

Or, in the event that Jenner doesn’t get her fans’ money from The Fat Jew, she is allowed to file a complaint with GoFundMe, and the crowdfunding platform will have to pay her every missing penny. 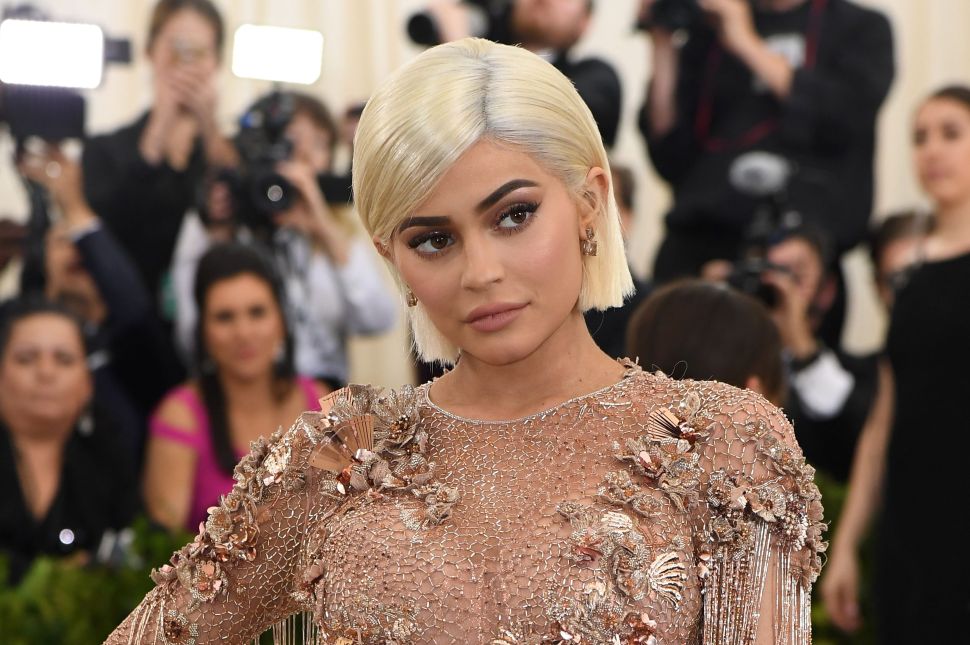