But it wasn’t just Kavanuagh who the left was prepared to protest: It was all of the president’s anticipated justice picks.

Photos are circulating on Twitter of pre-made signs emblazoned with the names of other constitutional scholars on Trump’s short list.

“Gotta be prepared,” one protester told me proudly👌 pic.twitter.com/s1yjx0hKOO

One sign reads #StopKethledge in reference to federal judge Raymond Kethledge, who was reportedly under consideration for Justice Kennedy’s vacated seat. Another reads #StopHardiman for judge Thomas Hardiman. Both signs made cameos on CNN Tonight with Don Lemon following the president’s announcement.

The #StopKavanaugh sign includes a link to stopkavanaugh.com, which bills itself as “a project of Demand Justice,” a progressive advocacy group helmed by Brian Fallon, Hillary Clinton’s former press secretary.

Although neither Fallon nor Demand Justice responded to Observer’s request for comment, the former told McClatchy last month that “the last person we need on the Supreme Court is a Mitch McConnell crony who will interpret the Constitution with the goal of helping Republicans win elections.” Demand Justice has worked to galvanize opposition against any Republican nomination for Kennedy’s vacated seat.

While ground zero for protestors was overshadowed by pre-written signs, activist offices also fumbled in sending a nonpartisan message.

Shortly after Trump announced Kavanaugh as his pick to succeed Kennedy, the Women’s March issued a press release condemning the nomination.

When you pre-write your press release slamming Trump’s SCOTUS pick but forget to add the name…. pic.twitter.com/5GiEJXMHUR

Unfortunately, the email omitted the judge’s name, leaving many with the impression that the template was written beforehand, with key details (i.e. who was actually nominated) added after the announcement. 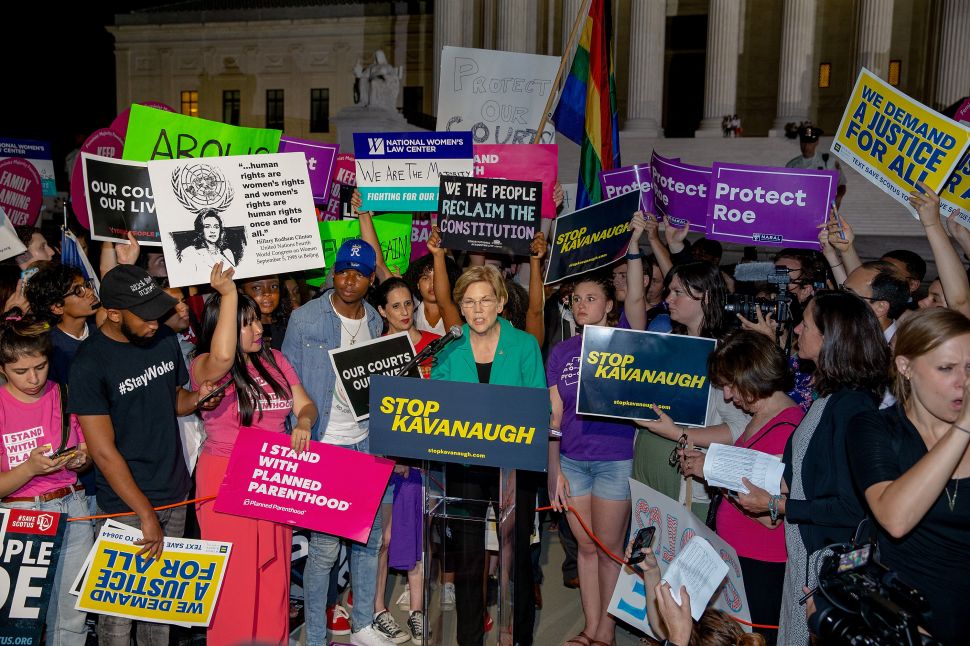