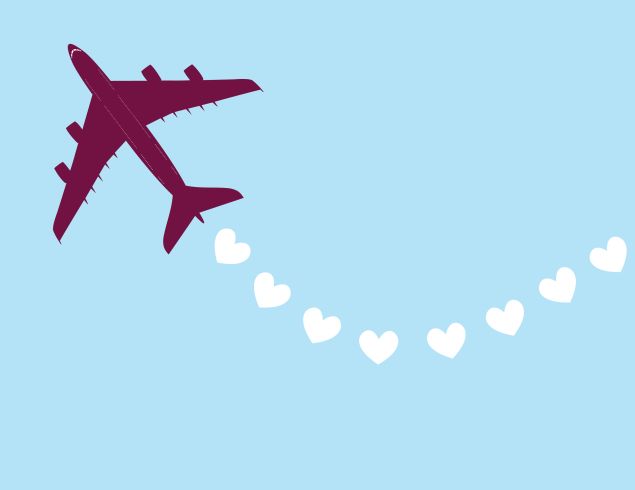 “Plane Bae” is voyeurism at it’s most apparent. Kaitlyn Flannagan for Observer

On Monday the most amazing thing happened. Two people sat next to each other on a plane and they flirted. Crazy, right? It’s the type of thing you’d tell your grandchildren about one day if you witnessed it in person. Life changing stuff.

At least that seems to be the reaction from millions of people around the world this week to a series of viral tweets sent out by a woman named Rosey Blair. Blair and her boyfriend had asked a woman to switch seats on a flight from New York to Dallas, and joked at the time, she said, that maybe she would end up meeting the love of her life in the bargain.

Last night on a flight home, my boyfriend and I asked a woman to switch seats with me so we could sit together. We made a joke that maybe her new seat partner would be the love of her life and well, now I present you with this thread.

What followed was a play-by-play rundown of the flight from Blair, as the woman indeed ended up seated next to a handsome stranger. Every time their elbows touched, Blair took a photo of it and shared it to the hundreds of thousands who had tuned in to the action. She relayed every snippet of conversation she overheard to her quickly exploding number of followers. She even took photos of the burgeoning plane couple, albeit with parts of their faces blacked out, and reported on their biographical details. People could not get enough of it.

At one point the two got up to go to the bathroom at the same time, Blair tweeted, if you know what she means…

As the encounter progressed, thousands of rubberneckers tuned in to the thread, posting photos of themselves eating popcorn or pouring themselves a drink, dying to see how the rest of the flight turned out. Blair promised to follow the flirting couple off of the plane and out to the baggage claim area, which she eventually did. They were walking together. What joy!

Naturally the two were soon identified—Blair had all but given the internet a treasure map to their identities—with the man in question turning out to be a retired professional soccer player and model named Euan Holden. Holden, now known as “Plane Bae,” has seized upon the burgeoning viral fame, appearing along with Blair and her boyfriend on a Today Show segment about the ordeal, where it was packaged it as a fairytale romance. Almost every other media outlet you can think of took a similar framing: Bustle called it “the best love story you’ve ever read.” “Millions are hoping ‘Plane Bae’ found love with a stranger on a flight to Dallas” headlined USA Today. Ryan Seacrest chimed in, saying it “might be the best outcome to a seat-switch in plane history.”

Perhaps it’s understandable that at a time when the internet serves as a constant source of daily misery that people might be desperate for anything resembling lighthearted fun and optimism. Who hasn’t fantasized about being seated next to an attractive stranger on a plane and hitting it off at one point or another?

The saga of the plane couple, in that sense, served as a harmless distraction for hundreds of thousands, who otherwise might be tuned into news of child deportations and the country’s quickening descent into fascism. But as with anything that goes viral—or to be more specific, anything that is so calculatedly designed to achieve virality—there’s a dark side at work here from the motivation that instigated it all the way through the predictable arc of the fall out. (It’s also worth speculating that it might all end up being a marketing scheme of some kind or another, although that hasn’t been determined as of yet).

The impulse to follow along with such a story might be innocent, but the execution of it represents a gross, opportunistic and selfish violation. Clearly inspired by other viral plane-based encounters, like the couple who broke up on a plane a few years ago, Blair seemed to sense that she had a live one on her hands, and in the frenzy of the dopamine rush of looming virality she seemed to lose all sense of decency. She would, dammit all to hell, have her likes and retweets—the privacy of the individuals in question notwithstanding.

The whole thing is fucking disgusting. Even this part, the inevitable backlash from people like me.

With everyone now in possession of a camera phone and an internet connection, it’s clear we can no longer expect the level of privacy in public we might have had just a few short years ago. But just because it’s become the norm to record people in public without their consent, there is still—or should be—a line that we shouldn’t feel comfortable crossing. There’s no such thing as a white-hatted stalker after all, is there?

Update: YOU GUYS I’m in the trash bin outside her apartment, day 12 now, and there’s a pregnancy test in here!! 😍😍 swooning right now

I tweeted my misgivings about the thread as it was happening, and while there were people who agreed with me, a surprising number refused to see anything wrong with painstakingly eavesdropping on strangers’ every move and word.

Making things worse, Blair and her partner have fully thrown themselves into the post-virality cash-in part of the typical cycle, asking for jobs and hoping to parlay their micro fame into something bigger. Unsurprisingly, she tweeted she wants to work for Buzzfeed, the site that, perhaps more than any other, ushered in the era of corny, empty virality for virality’s sake.

Curiously absent from the post flight media cycle, you may have noticed, is the woman on the plane, whose identity has been sniffed out, of course, by internet sleuths. Even less surprising is the fact that she has been subjected to harassment and shamed, leading to her reportedly deleting her social media accounts.

it's not just about shyness! she was actually being harassed, insulted and attacked! please don't try to milk-and-toast what motivated this poor innocent civillian to back out of social media, this isn't a romance fanfiction pic.twitter.com/07Pbh0QQkZ

She also declined to appear on the Today Show spot, apparently uncomfortable with the entire affair. No matter, everyone else involved seems to be having a lovely time promoting themselves off an otherwise unremarkable encounter she had without her consent. “The real stars of the #PlaneBae love story?” wrote the Washington Post, “Not the couple, but the voyeurs.”

That includes all of us here now. We’re all voyeurs. We’re all stalkers. The only difference is some of us still have the good sense to feel gross about the whole thing. The headlines are right in a sense, this could have been a fairytale romance. It just wasn’t our story to tell. 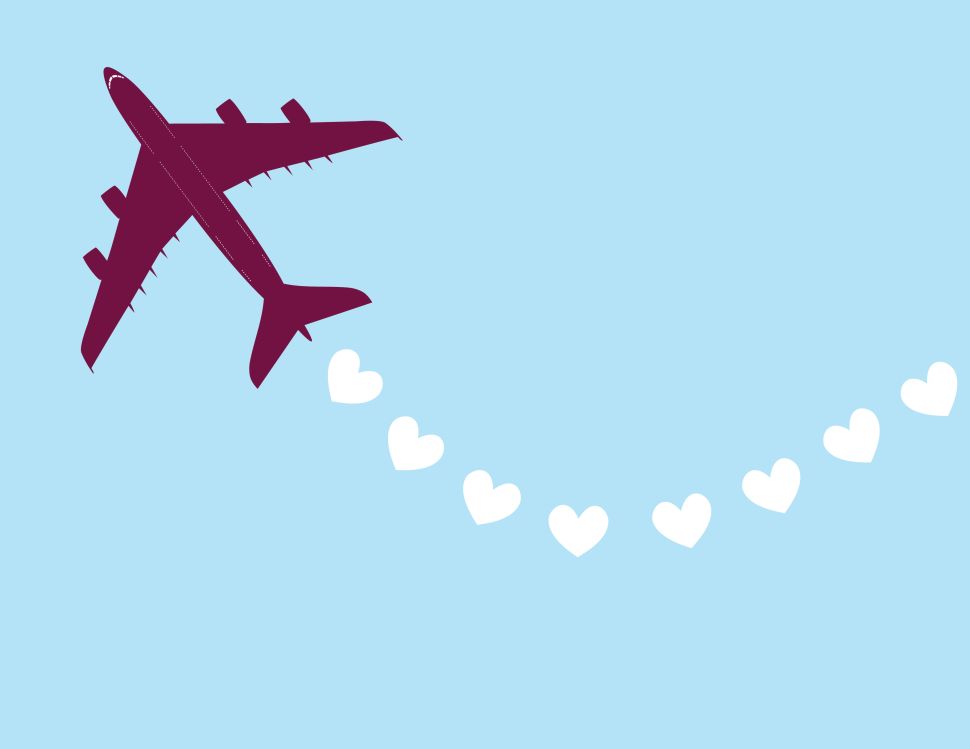