Comedian Michael Ian Black called Mike Cernovich a “colossal asshole” after the right-wing operative coordinated a Twitter attack against him.

“I assume there’s some sort of financial gain for him why he does this, but I don’t know what that gain would be,” Black told Observer on Monday. “I have no idea why he does this, other than he’s a colossal asshole.”

Early Saturday morning, after facilitating the firing of James Gunn from the Guardians of the Galaxy franchise over offensive comments, Cernovich began resurfacing old tweets in which Black joked about underage sex.

“I don’t like watching ‘iCarly’ with my daughter because there is nobody on that show I want to molest,” wrote the comedian in 2011, despite co-authoring a children’s book the year prior.

“This has to stop,” tweeted Cernovich before posting a collage of pedophilia jokes Black made over the years.

Will the media attack me for this?

I don’t care at this point. If you want to ban me for reporting on pedophiles, I’ll suffer that fate. pic.twitter.com/PiQJUH44B5

Thousands of Cernovich’s followers tweeted at the comedian, while right-leaning outlets like Breitbart and The Daily Caller amplified the scandal’s noise throughout the conservative media ecosystem.

After awaking to a sea of notifications, Black considered a defamation suit against Cernovich. An attorney, however, warned any lawsuit would be a “difficult case for a variety of legal reasons.”

“It’s a little bit scary when it goes so far as people are contacting Child Protection Services or the FBI,” said Black. “The coordinated nature of it… He tweets something and then within an hour or two, there’s hundreds or thousands of people picking up his accusation and then slamming my timeline with it. It’s kind of fascinating to watch it unfold in real time.”

“People tip me off to stuff and then if I check it out, and it’s compelling, I share the stuff,” Cernovich told Observer. “[Celebrities like Black and Gunn] are children’s book authors, they work around kids, and then they go, ‘It’s just comedy.’ If you’re going to work around kids, why don’t you axe out child molestation jokes? Seems like a not unreasonable ask.”

Echoing a statement released over the weekend, Black told Observer “some of” the resurfaced tweets “are not funny at all.”

“But I tweet about a lot of things,” added the comedian. “Every comedian struggles with where the line is. And I think every comedian sometimes crosses the line. There’s obviously a huge difference between joking about something and being involved in the subject you’re joking about. I may joke about arson, but I’ve never burned down a building.”

Black speculated that Cernovich targeted him because of his political beliefs.

“I’m very outspoken online about the current political environment and, very specifically, the NRA,” explained Black. “I had spent the previous week asking [NRA spokesperson] Dana Loesch every day if she had any comment about Russian involvement in the NRA because she had specifically denied it to me two weeks previous. Whether that ended up triggering Cernovich, or something else ended up triggering Cernovich, I have no idea. I have no idea what benefits he gets from it other than attention. But maybe that’s enough.” 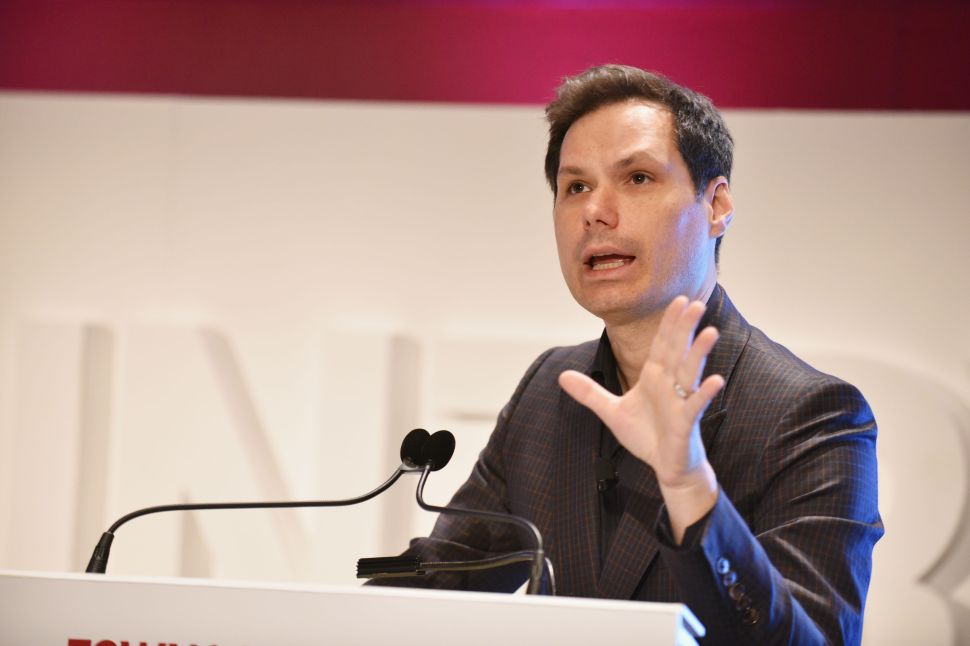