In what could very well be the final Mission: Impossible movie for Tom Cruise, Paramount Pictures is surely hoping that the film’s stellar reviews will push the picture to new franchise heights at the box office. Last month, I drew a rough outline of Fallout‘s best case, worst case and most realistic case scenario financially, finally settling on the idea that, yes, the movie could very well threaten $700 million worldwide to become the highest-grossing entry in the series.

But now that the movie is finally upon us and we have updated tracking information, let’s revisit Mission: Impossible—Fallout‘s box office prospects.

Paramount Pictures has long been a cellar-dweller in Hollywood’s franchise wars, and 2017 was no different as the studio finished in last place among the six (soon to be five) major studios in terms of domestic market share with just $534 million. But thanks to the breakout success of John Krasinski‘s A Quiet Place, the expected success of Fallout and other exciting offerings on the horizon, such as Bumblebee and Overlord, Paramount is expected to finish 2018 in a much stronger position.

Given that Fallout currently holds the best score on Rotten Tomatoes (97 percent) of any movie in the series, it’s understandable if executives are getting a little starry-eyed.

Studio projections and some tracking numbers hint at a $50 million-plus opening for Fallout this weekend. But tracking estimates are known to be fickle, and I honestly think that number is a bit too low. Audiences have received something of a breather as the last real summer biggie release was Ant-Man and the Wasp three weeks ago. Yes, there have been male-skewing action heavies such as Dwayne Johnson’s Skyscraper and Denzel Washington’s Equalizer 2 in recent weeks, with Mark Wahlberg’s Mile 22 opening next week, but none of these are on the same level as Fallout as a summer blockbuster.

And while great reviews don’t always translate to worldwide success (see: Mad Max: Fury Road) the hype surrounding Fallout has been building among both industry spectators and casual fans for months. The movie’s trailer campaign has been universally well-received, and the franchise has built up strong goodwill with ticket-buyers in recent years with Rogue Nation and Ghost Protocol.

Hell, even Cruise’s broken ankle, suffered during a stunt-gone-wrong while filming, has generated good press for the movie.

Dunkirk opened in a similar slot last year and proved to be unexpectedly leggy as an adult-skewing earth-bound blockbuster with nary a superhero or CGI dinosaur in sight. To me, $50 million just sounds far too low, and I’m expected an opening total closer to $60 million-plus.

Overall, only two films out of the five have topped $200 million domestic, so even with a strong opening, favorable schedule and positive word-of-mouth, that may be a pie-in-the-sky expectation for Fallout. But if Fallout can come close to Rogue Nation‘s $195 million in North America, it could make up the difference overseas as the first movie in the franchise to play in 3D. Given the strong reviews thus far, it’s safe to say it has lived up to the hype from a critical standpoint, which is important for its longevity.

If it hits $190 million domestic, but exceeds Ghost Protocol‘s $485 million overseas by just 10 percent thanks to 3D sales and general interest, we’re looking at an international total over/under of $533 million and a worldwide gross of $723 million. Again, that may be an absolute best-case scenario given the film’s current tracking estimates, but you can see how it could be done with just a slice of overachieving. But even if Fallout ends its run right around $675 million or so (off a $178 million budget), Paramount should be pleased. 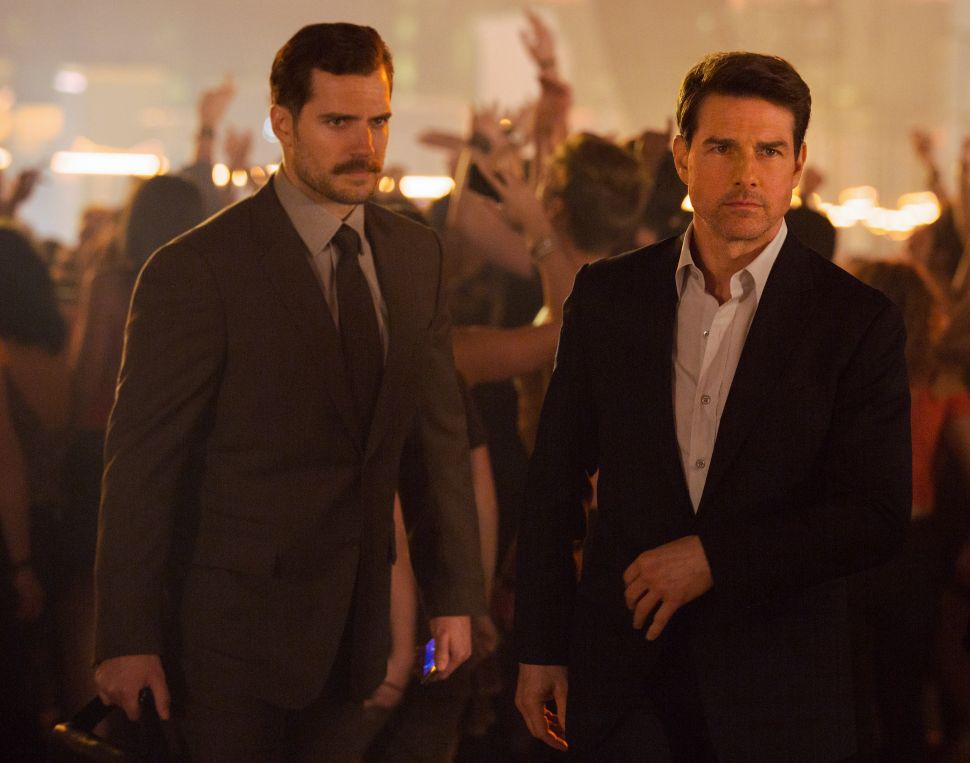