I have not yet seen Mission: Impossible—Fallout. I assume Tom Cruise pulls off some death-defying stunts, while he and Henry Cavill kick some major ass, and Simon Pegg chimes in with some quality comic relief. Just a guess.

What I do know is that the lead up to Fallout feels like we’re heading toward an ending, maybe not to the Mission: Impossible franchise as a whole, but for this particular iteration of the series. Cruise jump-started the big screen adaptation of the popular 1960s TV series back in 1996. Since then, audiences have seen three versions of Batman, three takes on Spider-Man and two Superman solo movies. Even fellow super spy James Bond is soon headed for its third reincarnation since M:I first introduced us to Ethan Hunt.

Yet the Mission: Impossible franchise has outlived them all, becoming Hollywood’s most consistently good unbroken series. All of it has led to Fallout, which should mark an end to the franchise’s current chapter. By looking back, we can get an idea of what may be coming ahead.

Though serialized television—in which a show tells a continuous story over multiple weeks rather than the self-contained nature of procedurals like CSI and Law & Order—has been around since the early days of soap operas in the 1950s, the method wasn’t fully embraced by the industry at large until the network-defining success of The Sopranos. The groundbreaking HBO series proved that viewers no longer needed their hands held and could capably follow along with a complex story populated by several characters that played out over months, not just in one quick half hour (lesson that should carry over to the network’s splashy Watchmen adaptation). The Sopranos was an immediate phenomenon that cemented long-form television as the next great leap in the medium’s quality. It also just so happened to arrive during the early run of the Mission: Impossible movies and may have inadvertently served as a road sign for the franchise.

While the first three M:I films are intentionally designed as standalone adventures with no through line, there exists a clear beginning, middle and end to this group much like episodic television. Unlike other major continuous franchises such as Die Hard or Star Trek, in which many elements stay the same from one feature to the next like procedural television, M:I opted for more of a variety that coalesced for a full arc; John McClane has gotten older, but he hasn’t necessarily grown any wiser. More than that, you can see how each of the first three films build on one another thematically and structurally.

The first film, directed by Brian De Palma, introduces us to Ethan Hunt and his team and feels very much like the beginning of Ethan’s journey. We meet his character and his crew and are immediately dipped into this new world of espionage with its own motifs and cues (those face-swapping masks used to carry out all manner of secret missions have become an iconic staple of the franchise). Though it’s clear that Cruise’s hero is an experienced agent by the time we meet him, the story revolves around his mentor betraying him and Ethan learning a brutally hard lesson about alliances for the first time. It’s arguably what makes Ethan so distrustful later on in the series.

Mission: Impossible is the franchise’s launching pad that sets the table with its emphasis on the distrust of authority, stellar practical stunt work and its mystery-within-a-mystery structure. But it also leaves room for the series to continue to expand upward, which the sequel does in its own unique way.

Mission: Impossible II, directed by John Woo, is an absolute nonsensical hot mess but has more redeeming qualities than you might remember. It ups the stakes of the franchise by introducing a rogue Impossible Missions Force (IMF) agent who threatens the entire world with a stolen biological virus as opposed to just the undercover agents at risk in the first one. M:I II is the weakest of the franchise’s offerings, but it has an organic plot progression that ups the ante and builds on the pulsing action (aerial motorcycle fights which are still as ridiculous and entertaining as they sound). Ethan also changes, becoming more flirty and less serious, much like the pre-Daniel Craig James Bond personas. But that character change gets re-routed as the series continues.

Rather than the less intense and flirty version of the protagonist we’re given in M:I II, J.J. Abrams’ Mission Impossible III tones down Ethan’s personality to the mostly all business nature of the first film. The entire vibe of the movie follows suit, as Ethan saves the day yet again after being framed and disavowed by his agency and rides off into the sunset with his new wife, played by Michelle Monaghan.

M: I III very much feels like a natural conclusion to the first chapter, in which the career spy becomes disillusioned with his own agency and opts instead for an attempt at normalcy and, more importantly, intimacy. It speaks to the limits we’re willing to go to protect the life we want, and here, Ethan wants a normal life. He has grown up.

Unlike the never-ending James Bond series that only recently began to incorporate more serialized elements, there was a definitive arc through these first three features. While all were distinctly different in tone and style and largely disconnected from the one that came before story-wise, they added together to tell a complete story with maturing themes.

Perhaps that’s why it took five years for a sequel to be made and why 2011’s Ghost Protocol, directed by Brad Bird, offered something of a soft reboot for the franchise.

The movie is the first in the series to definitively point to previous entries, with mentions of Ethan’s wife and a brief cameo at the end, and it cemented the franchise as action poetry with stupefying stunts, which has become its main selling point today. In it, Cruise scales the world’s tallest building, the Burj Khalifa in Dubai, while driving Ghost Protocol to the series’ best score on Rotten Tomatoes (93 percent). It isn’t so much an auteuristc spy thriller or a highly stylized action movie or a straightforward trilogy capper like the first three films. It’s more so a showcase for the epitome of big-budget popcorn entertainment. (Also, “Ghost Protocol” is just really fun to say.)

From there, Mission: Impossible only grew more connected.

Rogue Nation, directed by Christopher McQuarrie, introduces the Syndicate, a near-mythical organization of rogue agents. Now Fallout, which will see McQuarrie return as the only director to helm two M:I films, will pick these threads back up again. Each time out, Ethan is reluctantly drawn back into the fray in order to avert a global catastrophe. There are hints of Michael Mann’s post 9/11 cynicism mixed with heavy doses of explosive playfulness.

It now feels as if this second trilogy—which was the first time M:I movies carried directly over into their successors—is coming to a close. The most recent two movies have been big in ways the previous films have not, and they must be building toward something.

Cruise is 55, and even though he’s spent the last decade making commercial blockbusters, he can’t continue to do this forever. The guy broke his ankle during a stunt-gone-wrong for Fallout. His sixth go as Ethan Hunt will presumably put to bed the global conflict with the Syndicate and touch on his character’s personal life, with Monaghan expected to play some sort of role.

None of this would prevent Cruise from making more Mission: Impossible movies in the future, and if Fallout lives up to box office expectations, Paramount will surely want to continue with the franchise. But it makes too much sense to conclude this particular narrative arc about Ethan outgrowing the IMF and his life as a globe-trotting spy.

Like The Sopranos, each “season” has put forth a general theme. The direct carryover helped the latter half of the Mission: Impossible series reach new highs while reinvigorating the fan base and extending Cruise’s career. Now, it’s time to give the character the ending he deserves. Serials have a distinct beginning, middle and end. We’ve already seen one iteration of the Mission: Impossible franchise come to a close as the young man dangling from wires became a husband who desired only to put down roots. Now, it’s time for the seasoned veteran spy to let the fate of the world rest in someone else’s hands. 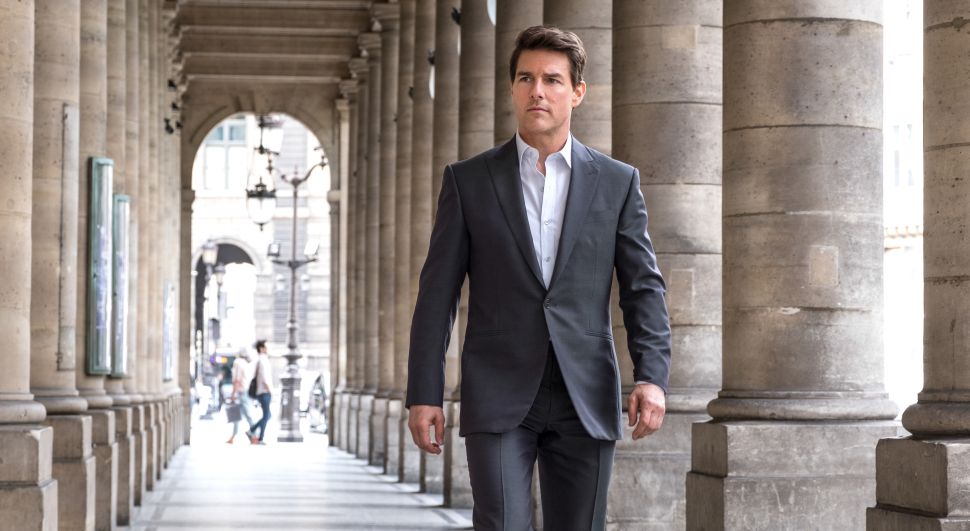