Mission: Impossible—Fallout is very likely the best film in the franchise since 1996’s first entry and, having lived up to the hype from a critical standpoint, is likely on its way to impressive box office totals. But as I argued before the movie hit theaters, this should be the last Mission: Impossible movie within this current iteration of the franchise.

Fallout successfully closed the loop on the second trilogy of the series, providing emotional closure for the character of Ethan Hunt and putting to bed his conflict with the Syndicate, which has taken center stage over the last two movies. It very much feels like an ending. Of course Tom Cruise could continue churning these bad boys out for as long as his body can handle 25,000 foot airplane jumps and 360-degree helicopter stunts (not to mention broken ankles). But is that what he really wants at 56 and, even if he does, is there anywhere left for his character’s story to go?

Instead of just letting one of its most valuable pieces of IP wither away and die, Paramount should wait a few years before offering something of a soft reboot of the series with Rebecca Ferguson’s fan-favorite Ilsa Faust at the center. (I know Jeremy Renner was rumored to be the heir-apparent circa Ghost Protocol, but that isn’t happening.) This would essentially launch a new franchise that is connected to a beloved property, limiting the risk of trying to turn an original idea into the next big thing. It’s all about brand familiarity these days, folks.

A new version such as this would only benefit from its connections to the previous series. Think about how Marvel promoted Evangeline Lily’s character to co-lead/hero in Ant-Man and the Wasp, setting up her own potential future spinoff in the process. Paramount could follow a similar route as Ilsa Faust quickly became a fan-favorite throughout her introduction in Rogue Nation. The pieces are all in place.

A Ferguson-led Mission: Impossible movie would never abandon the previous series; it wouldn’t make sense from a marketing or quality standpoint. But rather than follow Tom Cruise, perhaps a retired Ethan Hunt only makes brief appearances à la Robert Downey Jr. in Spider-Man: Homecoming as something of a continued love interest and mentor to Ilsa. Ferguson obviously isn’t the same type of global movie star with name power that can sell tickets in every market on earth. But Paramount can work its way around that by re-configuring the requel’s budget to something more manageable than the $178 million price-tag Fallout carried.

And it’s not as if there isn’t a market for female ass kickers.

Scarlet Johansson’s Lucy earned $463 million worldwide off a $45 million budget; Charlize Theron’s Atomic Blonde took in $100 million off a $30 million budget; and Gal Gadot’s Wonder Woman crushed with $821 million off a $149 million budget. Marvel is currently developing a Black Widow spinoff that is sure to dominate the box office, and Brie Larson’s Captain Marvel is set to hit theaters next year. Audiences are hungry for a variety of different heroes.

Scale down the death-defying stunts of Mission: Impossible and re-focus it as a straight spy thriller that costs between $50 million and $75 million, and you have a real opportunity to reinvent the franchise while keeping it profitable. And if Paramount wants to target a prestige filmmaker for another auteur-driven atypical blockbuster, like the studio did with Brian De Palma for the first Mission: Impossible, that’s all the better.

All I’m saying is that the studio has options.

It’ll be damn hard for Cruise and company to top Fallout, so why even try when the movie so perfectly serves as a conclusion to his 22-year journey in the role? They should pass the torch to Ferguson, cut back on the spending a bit and leverage Cruise’s legacy in the series to relaunch Mission: Impossible as one of the few female-led blockbuster action franchises.

This is your mission, Paramount, should you choose to accept it. 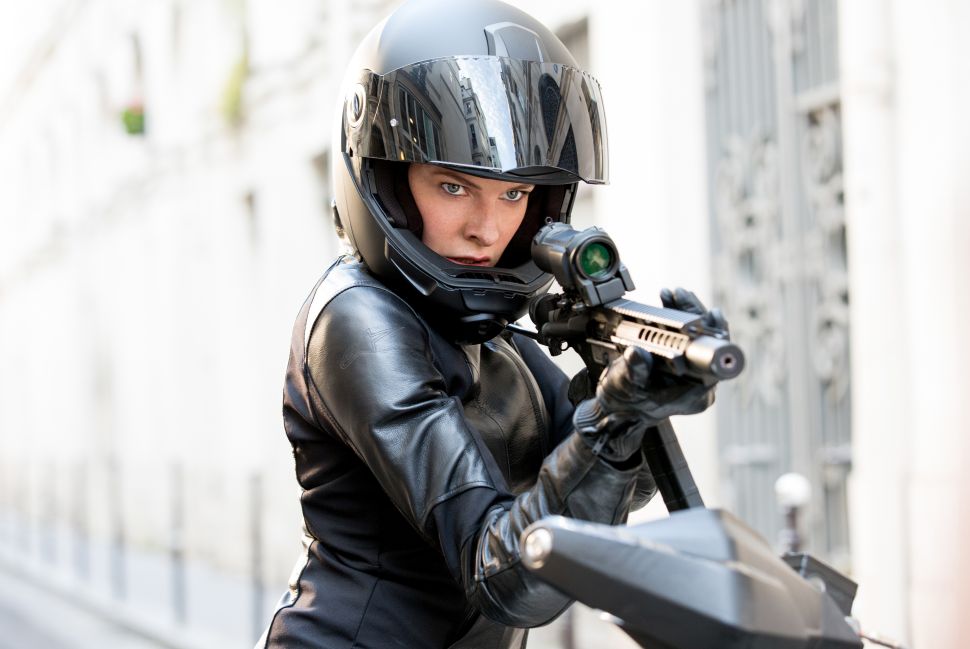