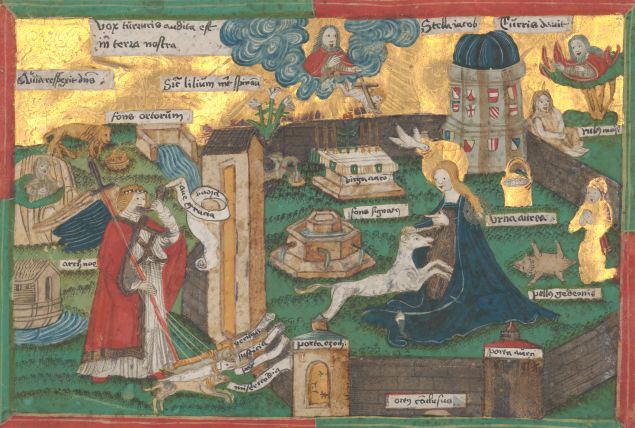 The current exhibition at the Morgan Library and Museum titled “Medieval Monsters: Terrors, Aliens and Wonders” is a masterclass in Medieval lore. While the source material might be, on average, more than six centuries old, it actually makes for pretty good fare for pop-culture aficionados. Mildly annoyed at how long you have to wait for the final installment of Game of Thrones? This exhibition, rife with dragons, wyverns, sphinxes, unicorns and “sea swines,” is for you. It’s also for anyone with a passion for gender studies or a voracious appetite for examining power dynamics in imagery (i.e. there’s at least a little cultural relevance outside the George R.R. Martin fandom).

The three sections of the exhibition—”Terrors,” “Aliens” and “Wonders”—take on three ways the imagery of “the monstrous” has been used. “Terrors” shows how rulers appropriated the monster mystique to show their authority and prowess, either paying homage to or even casting themselves as dragon-slayers by association with warrior saints.

“Wonders” features a plethora of different creatures, including giants and unicorns, crafted to entertain and inspire.

In “Aliens,” however, things take a somber turn, looking at medieval iconography that dissects and derides everything that is different: Jewish people were depicted with exaggerated facial features; the inhabitants of Ethiopia were shown as acephalic humans with their faces on their torsos; the Moors, women, the poor and the disabled were all similarly marginalized in this imagery.

Throughout the show, what strikes the viewer in this collection of antiquated illustrations is how modern the motives behind them ultimately are: we certainly still love to create fantastic creatures to feast our eyes on in pop-culture content; we definitely still craft highly subjective, one-sided, punched-up stories of modern-day leaders; and it can’t be denied that our society still shamefully stereotypes and “others” those with perceived differences.

We chose four images that best display the themes emerging in “Medieval Monsters,” and which, for better or worse, reveal how these inclinations of our Middle Ages brethren still linger on in current society. 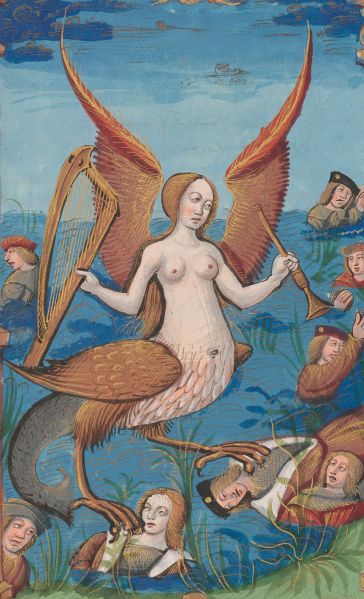 Female biology through the Middle Ages was perceived as abnormal and shameful. This illustration that accompanies the poem Les abus du mond, which condemns smooth-talking women and berates men who put their faith in them, features a siren holding the harp and shawm she uses to lure and drown sailors, dressed here as Renaissance courtiers. Below her shapely upper body are claws.

As a monster, the siren suggests that female sexuality is a danger to men. By contrast, the figure of the sphinx, seen in other manuscripts in the exhibit, serves as a warning against female intellect. Similarly in Medieval imagery, the serpent that led to Eve’s downfall was portrayed as having the face of a fair maiden, the so-called dracontopede, which appears in the selection of images of “Medieval Monsters” as well. The concepts behind these portrayals do ring close to home in an era where, despite the advancements brought forth by women’s movements, women’s bodies and intellects are still largely scrutinized and restrained. 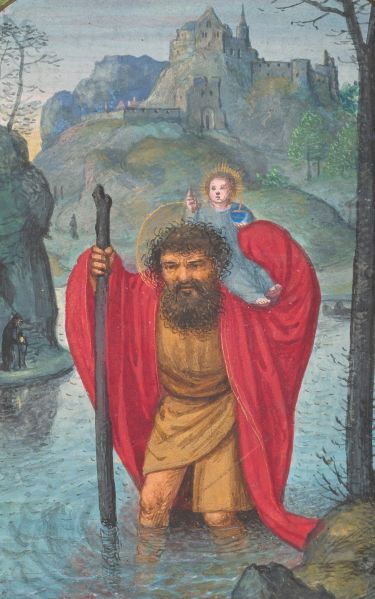 Legend has it that when St. Christopher was tasked with ferrying the Christ Child across the river he could barely sustain the little savior’s weight. “Don’t be surprised, Christopher! You were not only carrying the whole world, you had him who created the world upon your shoulders,” the child assured him, revealing his identity. Giants are an entry-level type of wonder, as they look both familiar and monstrous at the same time. St. Christopher had wiry hair and sunburned skin meant to denote wildness, though he was a well-known “saintly giant.” A parable about judging a book by its cover, perhaps? 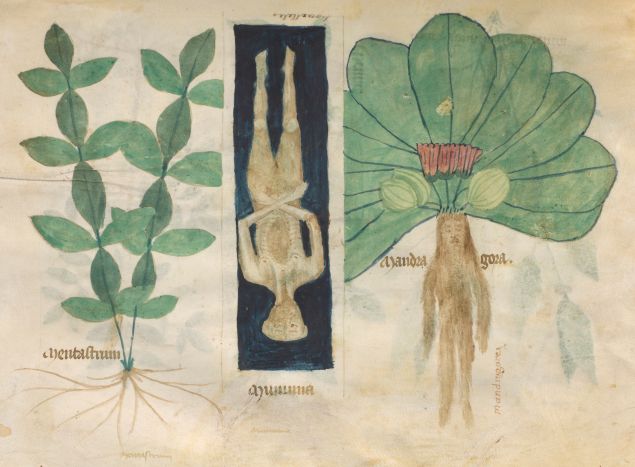 What do wild mint, a mummy and a mandrake plant have in common? They were cornerstones of medicine, for a time. Wild mint, for instance, was widely used in concocting cures in the Middle Ages. Mummies were also ground for medicinal use, known as the universal panacea. The mandrake was used as an anesthetic, but due to the odd, almost human shape of its roots, came to be known as a monster in itself. It was said to grow under gallows, nourished by the fluids of the condemned; it was believed to be potentially lethal if handled improperly and the shape of its root was thought to resemble the human body (readers of Harry Potter will remember the scene in The Chamber of Secrets) and it would shriek when plucked, driving the culprit to insanity.

The mandrake is actually poisonous, and we probably don’t have to explain why ingesting dead people is a bad idea, but you can’t go past mint as a breath freshener or maybe even to calm an upset stomach. Thankfully it’s the only one of these cures that has held over. 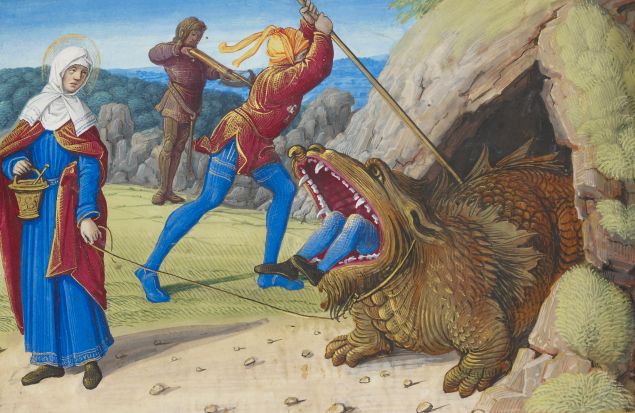 This manuscript depicts St. Martha and the Tarasque, which is a half-land-animal half-fish said to have terrorized the region of Southern France. When Martha of Bethany arrived in Provence, she was tasked by the locals with helping to tame the beast.

Unlike the male warrior saints, all Martha needed was a bucket and an aspergillum for sprinkling holy water, which allowed her to subdue the creature. Martha’s intervention enabled the locals to finish the monster off with their weapons. This might as well be a scene from any role-playing video game, where the women are usually healers and magic users, and their help is essential to the success of any battle. It’s also a great example of how much we’ve always enjoyed a good mythical creature, whether drawn, painted, or CGI-ed.

Medieval Monsters continues through September 23 at The Morgan Library. 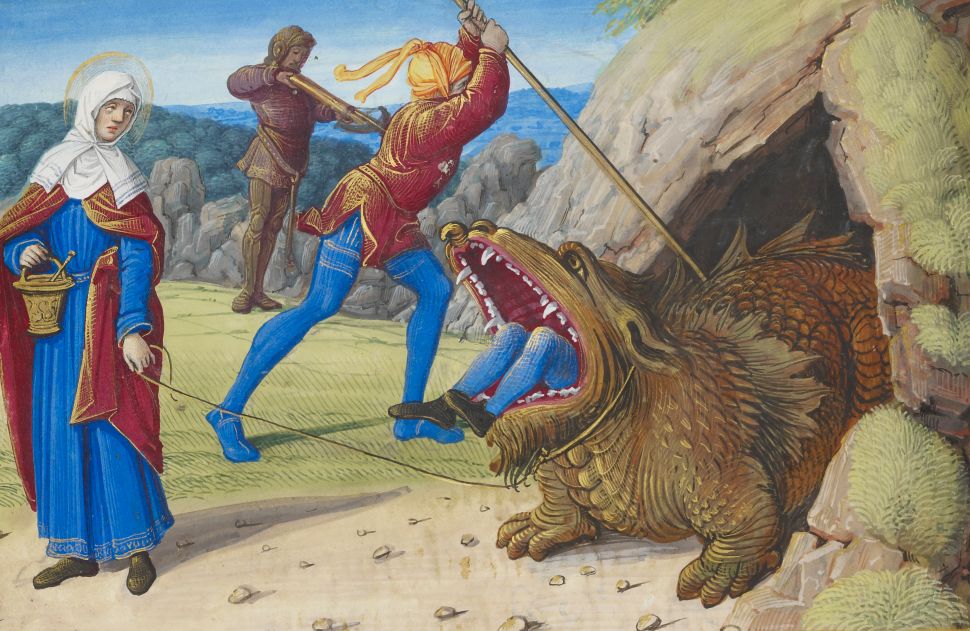