Here’s something you probably already knew for yourself: Netflix is the most popular destination for television entertainment. Shocking, I know.

The streaming platform was named the No. 1 source for small screen content in a recent Wall Street poll conducted by Cowen & Co. Netflix ranked ahead of traditional cable and broadcast television networks as well as Amazon, Hulu, YouTube and other online competitors, cementing its place atop the crowded food chain. Shark, meet minnow.

Overall, Netflix earned the No. 1 spot with 27 percent of the vote, besting basic cable (20 percent), broadcast (18 percent) and YouTube (11 percent).

The company’s current financial state supports their dominant position as well, as stock was trading at $396.35 per share and its market cap has stretched to $169.3 billion as of this writing. That’s notably higher than Disney ($105.23; $156 billion), largely considered Netflix’s greatest threat.

So how did they do it? How did they transform from a DVD-rental company into arguably the most powerful entertainment player in the world? Without going too deep down the rabbit hole, here are a few ways Netflix climbed its way to the top.

Survival of the Fittest

I love how the Terminator franchise employs artificial intelligence, specifically with the learning capabilities of the machines. In the series, each villainous Terminator can learn from its previous encounter with the good guys and adapt its tactical approach accordingly. Similarly, since Netflix’s inception, it has been forced to do battle with titans of the industry and has come out stronger for it each time.

Initially, Netflix’s primary competition was Blockbuster, a duel that taught them a great deal about getting out ahead of trends (Netflix stockpiled DVDs at the tail end of the VHS era while Blockbuster stubbornly stuck with the older technology) and pivoting strategies quickly (the back-and-forth streaming war between the two in the mid 2000s was like a heavyweight prize fight).

Next, the streamer took on HBO, and while the premium cable channel has not lost subscribers in the wake of Netflix’s ascension, it has conceded that it can’t keep pace. President of programming Casey Bloys recently said that the voluminous approach of Netflix doesn’t fit HBO’s model, nor does the streamer’s spending habits. He also admitted that Netflix is disrupting the economic status quo of television and that you “have to adjust to the marketplace.” From HBO, Netflix learned the value of buzz-worthy awards contenders and their impact on brand perception. Without HBO, Netflix likely never would have invested in House of Cards, Orange is the New Black or Stranger Things.

Now, Netflix continues to apply the lessons it has learned over the last 15 years in its battles against Disney, Amazon and other competition that is readily mounting.

In the digital age, convenience has become the most crucial factor in entertainment consumption. People want to watch what they want, when they want, without being beholden to outmoded network schedules and commercial breaks. Enter: Generation Text.

Millennials are driving the shift in viewing habits as entertainment consumption becomes further personalized. The company’s lead in the advertiser-friendly 18 to 34 demographic is startling: Almost 40 percent of those surveyed in that age range cited Netflix as their most-used TV-viewing option, crushing YouTube (17 percent), basic cable (12.6 percent), Hulu (7.6 percent) and broadcast TV (7.5 percent).

Detractors like to label the Millennial generation as the most entitled age group in recent memory (I counter with this). If true, Netflix has leveraged that by personalizing its content on a 1-1 level, rather than the 1-to many of traditional television, making it feel far more tailored to individual users. Netflix has endless data on viewing habits for each user: what you watched, how long you watched it, what type of content you like to watch, when you press pause, what type of content you jump from, etc. Using that data to serve and promote to an audience enables the streamer to keep them engaged; subscriber growth is key, but retention is even more important. The increasingly personalized nature of TV-viewing can be used as a growth tool that hooks audiences for longer.

You could just hear the old guard of TV yelling, “And I would have gotten away with it too, if it weren’t for you meddling kids.”

By the end of 2018, Netflix will have released 1,000 originals and plopped down a mind-numbing $8 billion on content, not to mention $2 billion in marketing. Those figures are flat out astonishing. No other platform can rival the library of Netflix’s and that’s before we even get to their extensive back catalog of existing shows and movies (where Hulu can compete as well).

With such an immense buffet-style selection, Netflix has branded itself as the “something for everyone” option, a one-size-fits-all platform that other streamers and outfits simply cannot match. There’s immense broad appeal value in such a stance, but to maintain such a tidal wave of content, the streamer has begun putting a greater emphasis on recruiting marquee behind-the-scenes talent.

Last summer, Netflix gave ABC uber-producer Shonda Rhimes a $100 million deal to jump ship; in February, the company snared Fox’s small screen golden boy Ryan Murphy with a $300 million deal. Both moves struck a significant blow against rivals on traditional television (and prompted Warner Bros. to shell out $400 million to retain producer Greg Berlanti, another example of the Netflix effect), yet neither was even the streamer’s splashiest move.

That distinction belongs to the unprecedented deal the company struck with the Obamas to produce original content, a move that generated immense buzz throughout the television industry. The poaching of elite talent to develop content is only going to ramp up in the coming years, and eventually you could see the surrender of linear television altogether.

Streamers survive on buzz, which leads to awareness which leads to new subscriptions; that just so happens to be the area where Netflix can continue to expand.

Unlike some television destinations, Netflix is not limited by borders.

As of this writing, the streamer operates in 190 countries and boasts 125 million worldwide subscribers (56.71 million in the United States). Yet there is still room to grow thanks to developing internet technologies that has connected potential users far more rapidly than even the company projected. That is especially true in India.

“Given the consumer base, the next 100 million [subscribers] for us is coming from India,” Netflix CEO Reed Hasting said earlier this year, per The Economic Times. Hastings noted that India is “the most phenomenal example anywhere in the world of low internet costs, expansion of 4G. We didn’t see that coming, and we just got lucky on that one.”

While the exact subscriber counts for India, which has a population of 1.3 billion, remain unknown, Hastings did note to The Economic Times, “What we can tell is that the international segment as a whole is over 60 million and grown over 40 percent year over year. India is a key part of that, and we are continuing to see that success throughout the world.”

Despite the dominant market share Netflix has established, there is still ample room to grow.

Viewed altogether, you can see a loose sketch of how Netflix arrived at its current point atop the industry. 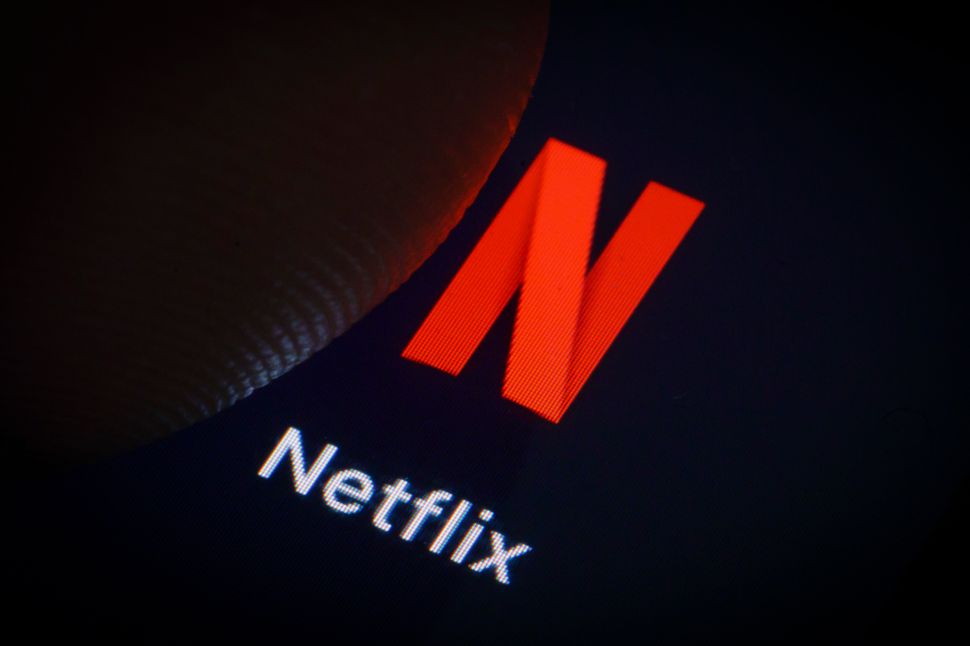