A small protest took place on Sunday at a Deptford, New Jersey, Marshall’s in response to a police officer’s shooting of 36-year-old LaShanda Anderson. The protesters numbered around 40 and carried signs reading “Justice for Shanda” and “Black Lives Matter.” Anderson, a Philadelphia mother, was shot twice in the back while fleeing the scene in a vehicle last month.

Police were called to the Deptford strip mall at 3:40 p.m. on June 9 in response to an alleged shoplifting in progress. Anderson climbed into a parked Nissan and drove away from the scene. According to the police account, Anderson then accelerated toward the officers, attempting to run them over. Officer Kevin Clements then fired three shots as the car drove away, two of which hit Anderson. Anderson was pronounced dead immediately.

The protest brings up longstanding concern over the NJPD’s numerous shootings of unarmed suspects, many being people of color. According to a report by NJ.com, in the month of June alone, New Jersey police fatally shot four people. Last year, they shot 20 people, 13 of which ended in fatalities. Eight out of the 13 who died were black.

The first investigation made into New Jersey police shootings was released by the State Attorney General to the public in October of 2017. Out of the 20 fatal shootings recorded since 2015, more than half were of people of color, who make up 35 percent of the New Jersey population.

It took the New Jersey Supreme Court to rule in favor of the release of the study to the North Jersey Media Group for the information to become available to the public. But even now, the records are far from complete—multiple cases have been left off inexplicably. In other instances, the records show that a subject died without listing the cause of death.

Alexander Shalom of the New Jersey ACLU said of the records, “One of the problems we have in New Jersey is a lack of transparency about this stuff. If we want to address problems of community mistrust of police, the first step toward doing that is full transparency.”

One couple present at the protest for Anderson are working towards transparency by lending their own witness account of the shooting. Olivia Scattergood, 19, and her boyfriend Aedan Bell, 22, told the Inquirer and Daily News that police “shot at the back of the car,” and that “their lives weren’t in danger.”

“The two women drove away in the car and the police officer ran after them to fire the shots,” Bell said. “The car accelerated forward and it was in the opposite direction of where the police officers were standing. It wasn’t facing their direction. It was facing away and they drove straight away. The cop on the driver’s side ran after them and then fired the shots.”

Prosecutor Charles Fiore of the Gloucester County Prosecutor’s Office is reviewing the case. Both Scattergood and Bell have given statements. Police Sgt. Clements has been placed on administrative leave. 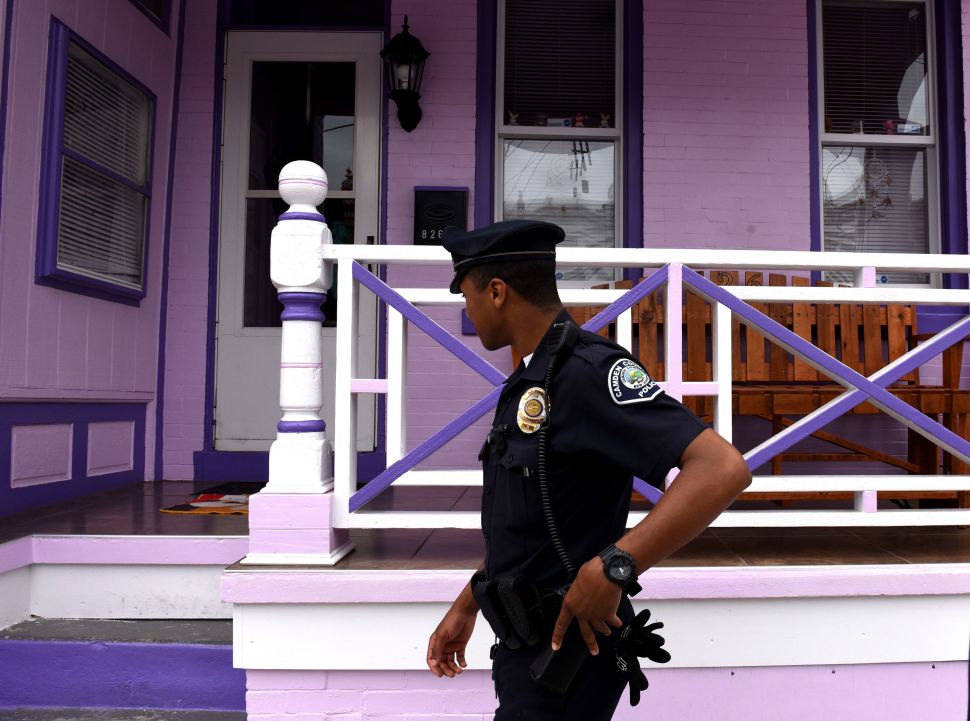