But as POLITICO reporter Rosa Goldensohn pointed out, these statements weren’t just pat messages of support. They also offered windows into the psyches of the two politicians, who have been floated as possible Democratic presidential candidates in 2020.

Given our current president’s contentious relationship with the media, would either of these men be any better?

Let’s start with de Blasio, who decried Tronc’s craven business methods and said the Daily News should be owned by someone committed to local journalism.

It’s no secret that I’ve disagreed with the Daily News from time to time. But Tronc’s greedy decision to gut the newsroom is bad for government and a disaster for NYC. Tronc should sell the paper to someone committed to local journalism and keeping reporters on the beat.

This is familiar rhetoric for the mayor, who routinely blames a wide range of problems—including the opioid epidemic, the demise of net neutrality and New York City’s housing crisis—on “corporate greed.”

But it’s incredibly ironic for de Blasio to use this tone about the Daily News, given he once wished for its demise. He told the paper’s City Hall reporter Jillian Jorgensen (a former Observer staffer) that the Daily News “goes out of [its] way to misrepresent the facts.”

In private correspondence, the mayor was even more blunt. When owner Mort Zuckerman considered selling the Daily News in 2015, de Blasio wrote in an email: “That would be good for us, right?”

“Or would that make the [New York] Post more dominant?” de Blasio asked. “Or, conversely, would it hasten the demise of the Post—prob just wishful thinking.”

Even after yesterday’s layoffs, the mayor still defended his earlier comments during a TV interview last night.

“I have certainly been open about some disagreements with the Daily News, and I think every elected official can be frustrated with the media,” de Blasio said.

Cuomo hasn’t been as contentious with the media, but he’s still had his fair share of issues.

During his first term, the governor routinely shunned local and national media, avoiding both print outlets and Sunday morning talk shows. The only exception was a 2011 interview with (of all places) GQ.

But as his second term dawned and corruption investigations dogged his administration, Cuomo changed his strategy. He began using the media—but only when it suited him.

Whenever a big story about his corrupt colleagues broke, Cuomo responded with a shiny object to distract the press—like a new subway fix or a plan to bring legal pot to New York.

That didn’t work, so Cuomo then resorted to grand gestures. When Daily News Albany reporter Ken Lovett was arrested on bogus charges in the State Capitol in March, Cuomo himself paid Lovett’s bail.

No matter what happens, Cuomo wants it to look like he has everything under control. This impulse was on display again following yesterday’s Daily News bloodbath.

My statement on the layoffs at the @NYDailyNews: pic.twitter.com/R1FflH98DX

The idea that Tronc would ask the state for assistance before laying people off (or reconsider after Cuomo’s Hail Mary pass) is laughable, and shows the governor doesn’t really understand how the media works. But it does fit with his need to appear strong.

The gutting of the Daily News is certainly a disaster for New York City, especially since there are fewer New York reporters covering the local news and sports that residents crave. Indeed, today’s Daily News reported on Mets and Yankees games with Associated Press wire copy.

But given their own rocky relationships with the press, de Blasio and Cuomo are the wrong public officials to wave the flag for journalism.

A better model would be City Council Speaker Corey Johnson, whose personal and official Twitter accounts were littered with messages to Daily News reporters.

He even recorded a seven-minute Periscope video paying tribute by name to the journalists who were laid off. This gels with Johnson’s reputation among reporters as “a people person to the core.”

Such personal tributes are often more effective than grand gestures or weighty pronouncements that never bear fruit, whether the topic is media layoffs or anything else.

Let’s hope Cuomo and de Blasio remember that if they ever ascend to higher office. 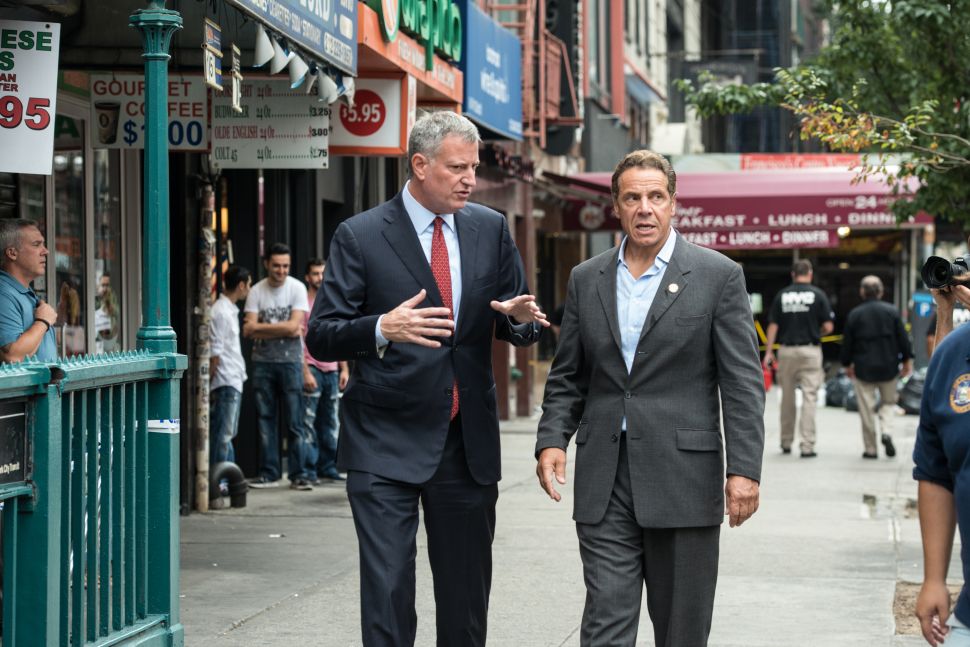