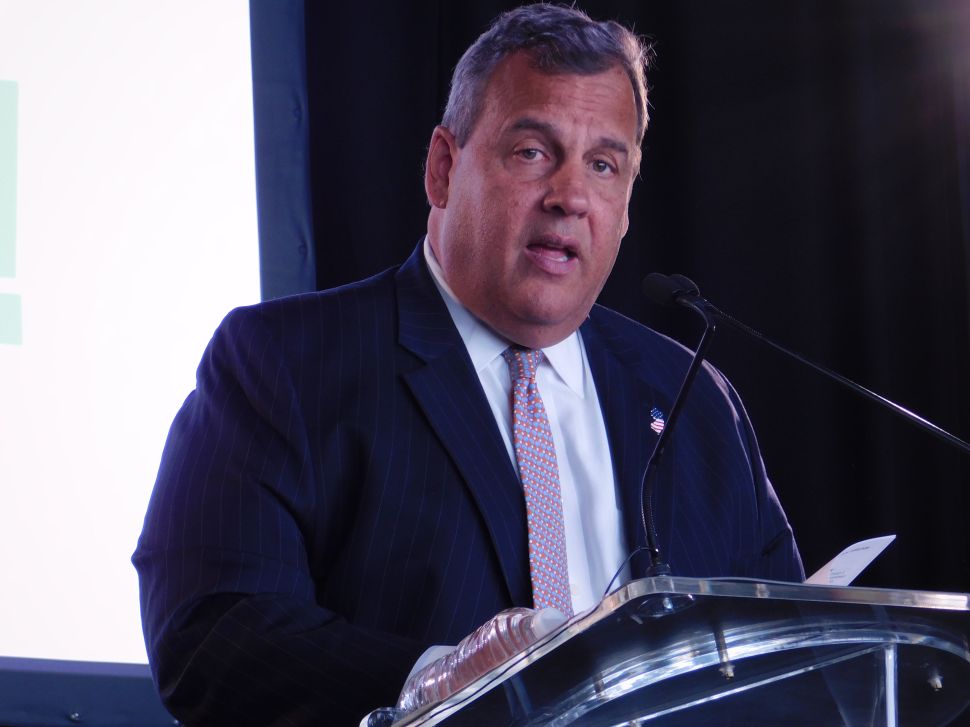 So what does former Gov. Chris Christie really think about President Donald Trump, Bridgegate and being “unceremoniously booted” from the president’s transition team? We’re going to find out.

Christie, who left office as one of the most unpopular governors in state history, has penned a deal to publish a “no-holds-barred” memoir of his political life, according to the Associated Press.

Let Me Finish: Trump, the Kushners, Bannon, New Jersey, and the Power of In-Your-Face Politics will be released on Jan. 29, 2019.

In the book, Christie—who has never been one to hold back—promises “frank appraisals” of Trump team members, such as Steven Bannon, Corey Lewandowski and more. The book also promises another rehashing of Christie’s take on the Bridgegate scandal, which saw two of his former aides convicted in a criminal trial. While Christie was not charged, the scandal helped kill any chances he had of securing the Republican presidential nomination. Christie eventually dropped his presidential bid and became one of the first high-profile Republicans to endorse Trump.

While governor, Christie unsuccessfully sought legislation that would have changed state ethics law and allowed him to profit from a book deal while in office.

Quote of the Day: “I’ve had a wild ride up till now—there’s no denying that.” — Former Gov. Chris Christie, in a statement announcing his plans to write a book.

Chris Christie signs book deal that will ‘set the record straight’ about Trump, Bridgegate
New Jersey’s 55th governor signed a book deal and plans to “set the record straight” on everything from being his decision to back President Donald Trump early in the 2016 campaign only to be “unceremoniously booted” from his transition team, to New Jersey politics and the Bridgegate scandal, Christie’s publisher, Hachette Books, told the Associated Press.
NJ.com Read more

N.J. sues Trump for withholding millions of dollars in ‘sanctuary city’ fight
New Jersey has joined five other states, led by New York, in a lawsuit accusing the federal government of holding millions in policing grants hostage in a dispute over immigration enforcement.
NJ.com Read more

‘Baby Trump’ balloon campaign blows away goal. Now they’re having quadruplets
A New Jersey activist group’s campaign to bring a “Baby Trump” balloon to the U.S. raised so much money that organizers shut down the fundraiser Wednesday morning and made a big announcement.
NJ.com Read more

Cancer drug price hike bedevils Hugin on campaign trail
In his several months as a U.S. Senate candidate, Republican Bob Hugin has spent millions of dollars — much of it his own money — creating attack ads accusing incumbent Bob Menendez of legal and ethical corruption.
Press of Atlantic City Read more

ICE ‘forgot’ about this immigrant for 15 years. Now they want him out, attorney says
Gazi Hussan fled Bangladesh 26 years ago to escape political violence after he said he was beaten by members of a rival political party that came into power.
NJ.com Read more

Public airs concerns over Oyster Creek closing, storage
More than 100 people came out to air their concerns about aspects of closing the Oyster Creek Nuclear Generating Station at a meeting with federal regulators Tuesday, and heard the plant’s license may be sold to a third-party company that would oversee the decommissioning process.
Press of Atlantic City Read more

Rutgers is hiking tuition again. Here’s how much students will pay
Rutgers University is raising tuition and fees for undergraduates on its New Brunswick campus by 2.3 percent, a price hike of about $337, the university announced Wednesday.
NJ.com Read more

‘Death sentence’ animal shelter faces even more allegations
A New Jersey town council already in the midst of an investigation of its animal shelter says it has received new allegations that have widened its probe—but declined to say what, exactly, the shelter is accused of doing.
NJ.com Read more

Opinion: We must reform budgeting process, but also rethink public pensions
The freneticism that accompanied Gov. Phil Murphy negotiating his first budget has subsided, but the time is ripe to consider some reforms that may make our state budgeting process less painful, volatile and crisis-driven.
NJ.com Read more