New Jersey is a blue state, but even people you’d expect to support Republican President Donald Trump are warning of the consquences of the president sparking a trade war.

The New Jersey Chamber of Commerce is warning the state has $920 billion and more than one million jobs at stake if the President Donald Tump’s actions result in countries taking action against the United States, according to a report in the Asbury Park Press.

This includes $166 million in chemicals sold to Canada; $94 million in cosmetics sold to Europe; and $19 million in prepared food sold to Mexico, according to the report.

“Tariffs that beget tariffs that beget more tariffs only lead to a trade war that will cost American jobs and economic growth,” explained Thomas J. Donohue, the chamber’s president and chief executive officer, according to the report..

New Jersey companies are also complaining that their prices are rising because of tarriffs and the trade war.

The state chamber says while tarrifs would impact only a fraction of New Jersey’s economy, trade actions have a ripple effect that could impact states—including New Jersey—around the nation. They also warn that 245,000 New Jersey jobs are supported by foreign investment, according to the report.

Quote of the Day: “No final decision has been made regarding the legislation.’’ — Dan Bryan, a spokesman for Gov. Phil Murphy, on a measure that would impose a new tax on the use of paper and plastic shopping bags.

Law That Would Put 5-Cent Fee on Shopping Fees Up in the Air
It was only a single line-item veto in a $37.4 billion state budget, but it has fueled speculation over the fate of a controversial bill to impose a nickel fee on single use carry-out bags.
NJSpotlight Read more

Golden: Murphy Doesn’t Even Get Half a Loaf as Sweeney Takes the Cake
When Gov. Phil Murphy entered into negotiations with the legislative leadership over his proposed budget, his goal was to win the whole loaf. When Senate President Steve Sweeney (D-Gloucester) and Assembly Speaker Craig Coughlin (D-Middlesex), backed by their unified caucuses, stoutly opposed the governor’s recommended tax increases, Murphy lowered expectations to securing half a loaf.
NJSpotlight Read more

Why paychecks in N.J. aren’t growing as fast as the rest of the U.S.
New Jersey hit near rock bottom in wage growth last year as compared to the rest of the country, according to new data released Saturday, raising fresh concerns about the strength of the state’s post-recession recovery, especially when it comes to workers.
NJ.com Read more

Murphy to Trenton: not so fast on ditching state oversight
The press conference was planned for Tuesday morning on the front steps of City Hall.
NJ.com Read more

Is time up for tiny towns in New Jersey? Some say mergers would save money and lower taxes, but skeptics disagree
The tiny borough of Oaklyn in Camden County spans just over half a square mile and is home to around 4,000 residents. On a recent hot morning, the borough’s administrative office was staffed by two people and the all-volunteer fire department, with its four trucks, was locked up.
Inquirer Read more

Hospitals Get Good News, Bad News With Budget
Tens of millions of dollars that had been ‘frozen’ will be quickly distributed to acute-care facilities but hospital leaders alarmed by emergency-room payment reforms.
NJSpotlight Read more

Mahwah given until July 13 to settle Attorney General’s lawsuit
The township has a deadline of July 13 to settle a state lawsuit or face a trial over two controversial ordinances appearing to limit the rights of Orthodox Jews.
The Record Read more

Homegrown Educator Charting New Course for Newark Schools
At the start of the school year in 1983, a student named Roger León sat with the other ninth-graders at Science High School waiting for the principal of Newark’s premier magnet school to arrive and welcome them.
NJSpotlight Read more

Can’t Help Trapped Raritan Bay Whale Until After Holiday Weekend
Any efforts to help disentangle a whale spotted in the waters off the Jersey Shore will wait until boat traffic calms down after the July 4 holiday weekend.
NJ101.5 Read more

Menendez says comic who impersonated him never should have gotten through to Trump
U.S. Sen. Robert Menendez, speaking on CNN, called it “concerning” that a comedian could impersonate him and get a call through to President Donald Trump.
NJ.com Read more

NJ Teacher Who Gave Test Answers Loses License
A former teacher at Linden High School teacher who gave some of his students the right answers on a state standardized test has been expelled from the teaching profession — although he continues to collect pension checks from the state.
NJ101.5 Read more

Group submits petition to overturn council action on Polish statue
The question of whether Jersey City’s Katyn monument is moved may soon be in the hands of voters.
Jersey Journal Read more 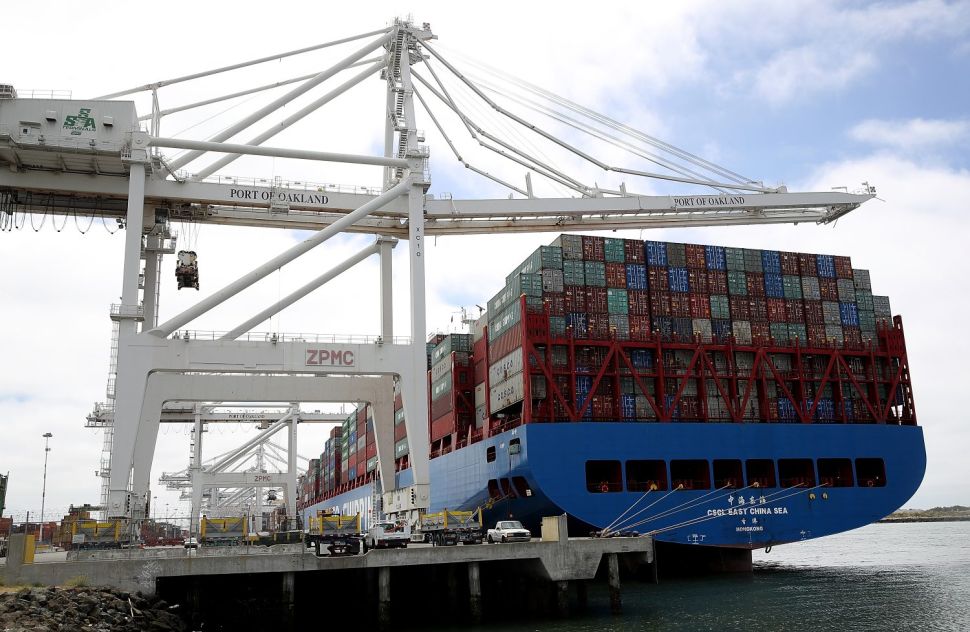